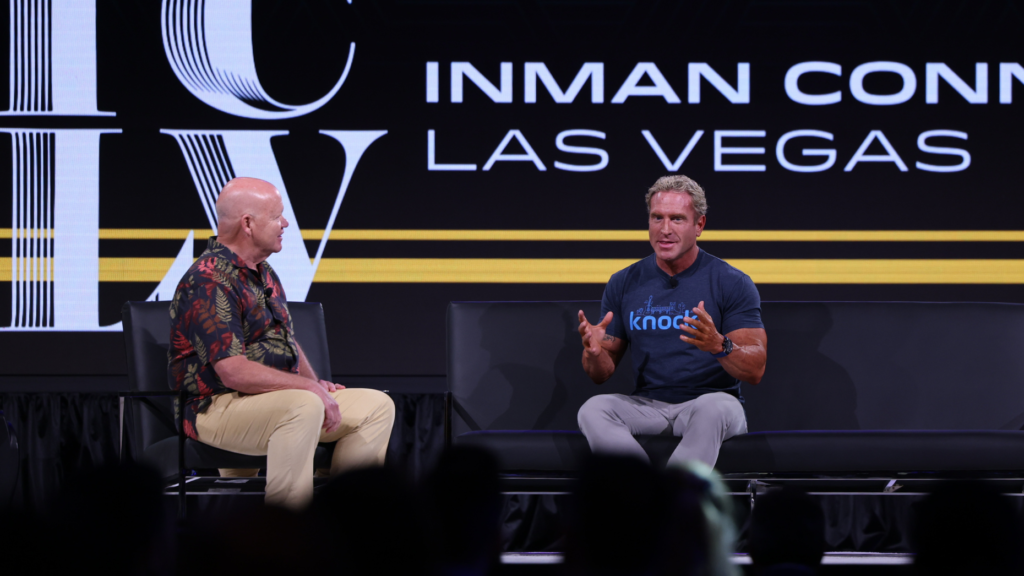 The power buyer, which will also step away from plans for an initial public offering, said funding from private investors will allow it to continue expansion into 90 markets by end of year.

One year after hiring Goldman Sachs to take the company public at a proposed valuation of $2 billion, power buyer Knock’s wild ride has taken an abrupt turn, with the company announcing Tuesday it will lay off nearly half of its workforce in a bid to become profitable by the end of the year after raising $220 million in new funding from private investors.

Knock, which at its height employed 300, said it will lay off approximately 46 percent of its 250 employees, or approximately 115 workers. But the alternative mortgage provider plans to continue expanding into 15 new markets this year, armed with $70 million in equity funding and $150 million in new debt in a funding round led by Foundry Group, with participation from new investors including the National Association of Realtors and Mauricio Umansky, co-Founder of luxury real estate brokerage The Agency.

“While substantial, the capital we raised is much less than what we set out to raise in our IPO, requiring us to rightsize the business, including the difficult decision to part ways with a number of our beloved Knockstars,” Knock co-founder and CEO Sean Black said in a statement. “Today’s announcement weighs heavily on us and me, in particular. These are people who worked tirelessly to make Knock the most simple, certain, convenient way of buying and selling a home. I am so incredibly proud of and grateful to each and every one of them.”

Black told Inman that employees who are losing their jobs are being notified today, individually or in small groups if possible. No department, including the leadership team, was untouched, he said.

As part of their severance packages, employees who are being let go will have 5 years to exercise options, at strike prices that have been adjusted to match the company’s new valuation, which he declined to provide.

Black said “VIP lines” have been set up to help laid off Knock employees apply to RealSure, the ibuying joint venture of real estate franchise powerhouse Realogy and Home Partners of America, which Black described as a “friendly competitor.”

“These are really talented people who I think will get absorbed pretty fast,” Black said.

Knock’s decision to abandon, at least for now, its plans to go public via a merger with a special purpose acquisition company (SPAC), will be closely watched by other companies facing similar predicaments.

In a blog post entitled “Knock’s Wild Ride from $2B to $220M in 12 Months,” Black detailed how the company grew transactions, revenue, and gross profits by triple digits over the last 12 months, but “missed the IPO window” and was nearly acquired before ultimately raising more money from investors.

Just two months after hiring Goldman Sachs to take Knock public, “we were ready to start our investor roadshow,” Black wrote. But “enthusiasm for SPACs started to wane and companies that went public via SPAC suddenly traded at an average of 39 percent below their highs. We proactively slashed our $2B valuation nearly in half before going out to investors with the goal of raising nearly $400M in a public offering.”

By the end of July, “it was clear the SPAC market was not going to rebound,” Black recalled, and the company pivoted to attempt a $150 million private raise. That plan was derailed by the Delta variant and the implosion of Zillow’s ibuying businesss, Zillow Offers, Black wrote.

In December, Knock entered into talks to be acquired. But the deal fell through, Black recalled because “no agreement could be reached in part because the would-be acquirer’s stock, and therefore buying power, had been cut nearly in half from recent highs like most other tech stocks.”

This year, as growing worries about inflation and Fed tightening sent financial markets into a tailspin, Black was also faced with a personal tragedy — the death of his father, who was diagnosed with late stage cancer.

The straw that broke the camel’s back, Black wrote, “was Russia’s horrifying full-scale invasion of Ukraine. The U.S. housing market continues to be one of the strongest in history and our business continues to beat records monthly, but the rest of the market and the world continue to be full of volatility and uncertainty, pushing many investors into ‘risk-off’ mode.”

The $220 million in new funding announced Tuesday “puts us on a path to profitability by year-end so we can continue on our mission of revolutionizing the home buying experience for everyone,” Black wrote.

“We watched Knock’s leadership team turn its vision of revolutionizing the real estate transaction into reality by pioneering an entirely new and fast-growing category with the Knock Home Swap,” said Seth Levine, Founding Partner of Foundry Group, in a statement. “Knock is now the category leader using technology, data and its expansive industry relationships to help more people realize their homeownership dreams in a way that is truly revolutionary and unique among its peers.”

Black told Inman that January was the best month in the company’s history, and that the first quarter is also shaping up to be record setting.

After entering five new markets in and around Seattle in early 2022, Knock is currently in 75 markets, and Black said the company plans to be in 90 markets by the end of the year. Having expanded from 14 to 75 markets in the last year, the plan is to grow “more slowly, and more selectively,” going forward, he said.

Knock will “double-down” on its partnerships with 300 brokers and 115,000 Knock Certified Agents by providing “limited time exclusivity,” he said.

The company sees being able to compete with cash buyers as more important for homebuyers than ever, with Knock’s alternative mortgage products — Knock Home Swap and Knock GO (Guaranteed Offer) — providing “a certain, convenient and cost effective way for agents to help their clients navigate today’s housing market.”

Black said that he was recently lamenting with his Trulia co-founder, Pete Flint, “that this looks a lot like 2009, when the last man standing — Zillow and Trulia — won. I think that’s where we’re well positioned to be, in what’s going to be a very difficult year for the space — the last man standing. Or at least one of them.”

Editor’s note: This article has been updated to correct the spelling of Trulia co-founder Pete Flint’s name. 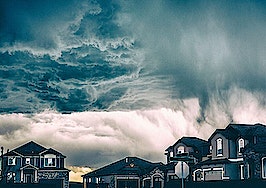