The trade group highlighted its own members — including Zillow, Compass, Redfin, Homie, Opendoor and Offerpad — among those whom it’s competing with for consumer mindshare.

In what may be its starkest language to date, the National Association of Realtors says it considers emerging real estate brands, including its own members, as its competition.

When the trade group passed a $10 increase in the annual bill for its consumer advertising campaign on Friday, the argument for the fee hike from $35 to $45 came with a visual aid: a slide showing companies in what NAR called “[a] crowded real estate category,” including “new entrants.”

The companies shown included Zillow, Compass, Redfin, RE/MAX, CoStar’s Apartments.com, HomeLight, Opendoor, Ribbon, Offerpad, Homie, Knock, and Flyhomes — some of which are NAR members or have affiliated member agents and therefore pay NAR membership fees including annual dues of $150 per agent on top of the ad campaign fee. Those fees can range from thousands to millions of dollars annually, depending on the company. 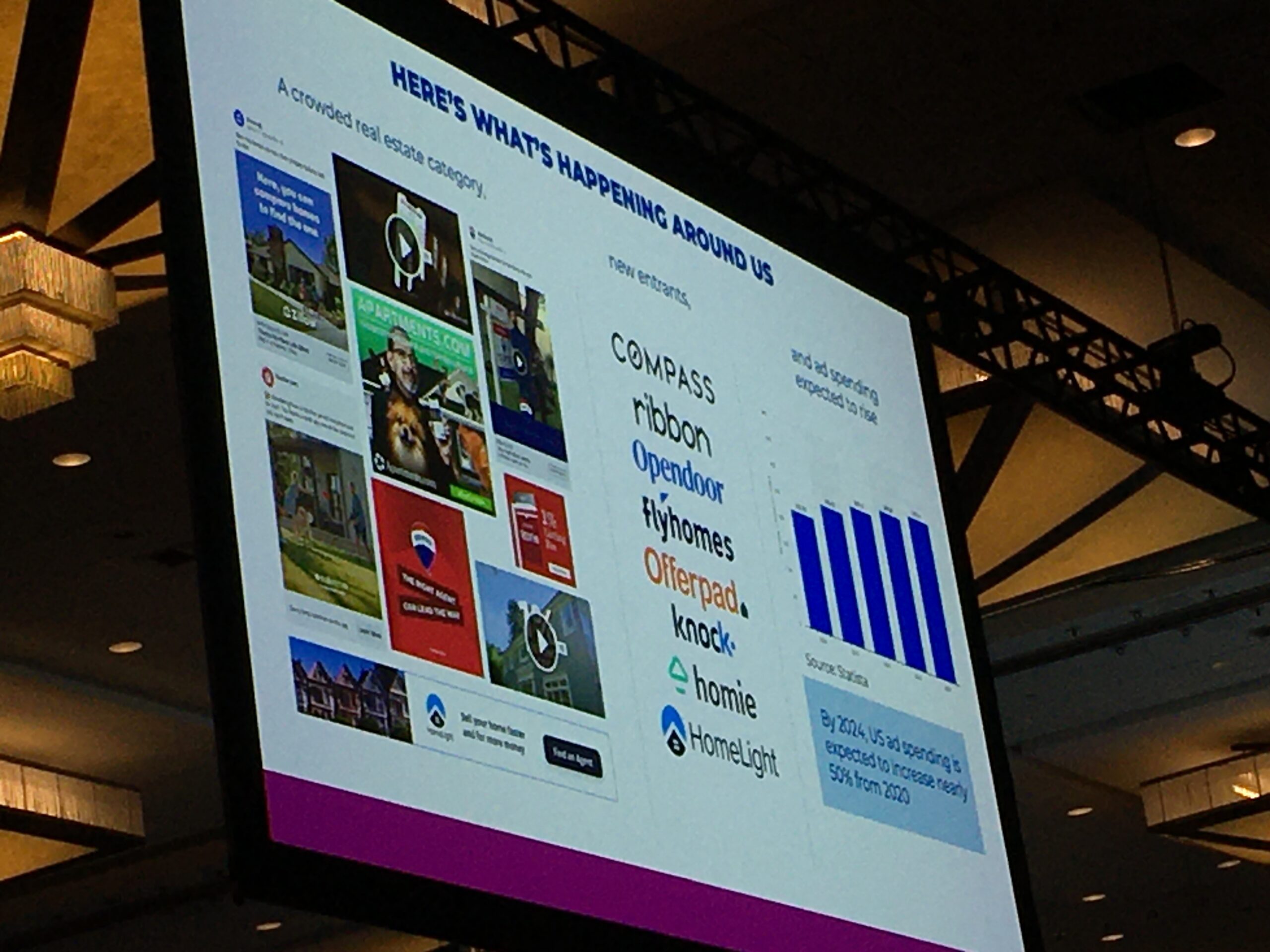 Slide shown at the National Association of Realtors’ board of directors meeting, May 2022 (Photo credit: Andrea V. Brambila)

NAR is currently fighting multiple antitrust lawsuits over rules that allegedly restrict competition between brokerages. The trade group has 1.5 million members with a variety of business models under its umbrella. But by highlighting newcomers as rivals, NAR is calling attention to a central tension in the industry between traditional brokerages and innovators — and appearing to betray a preference.

“NAR is aware that several of the brands featured [in the slide] are members and our objective is to show that we are in a crowded real estate category, all competing for the same consumer mindshare,” NAR spokesperson Mantill Williams told Inman in an emailed statement.

“With ad spending expected to grow nearly 50 percent over the next few years, and increased investment from other real estate brands, along with new entrants in the category, the additional $10 will allow us to remain competitive with our investment and help maximize visibility of the entire Realtor brand.”

The special assessment is used exclusively for NAR’s consumer ad campaign, which promotes the value of property ownership and the Realtor brand. The association launched its fourth “That’s Who We R” national ad campaign in February, with an emphasis on the difference between Realtors and non-Realtor agents and tech platforms. The campaign does not specifically call out any rivals.

“Everyone who is a Realtor benefits from the advertising because it is a differentiator for those who abide by NAR’s consumer-driven code of ethics,” Williams said. “At the same time, every Realtor is competing with other Realtors as well as real estate agents for each consumer’s business.”

In a blog post, industry consultant Rob Hahn pointed out that at least some of the companies NAR is purporting to compete against have “tens of thousands upon tens of thousands” of agents who are Realtor members.

“So the proposition here is what? That NAR will charge Compass agents, RE/MAX agents, Redfin agents, Opendoor agents, etc. etc. to promote a brand that directly competes against their own brands?” Hahn wrote.

“Sure, this has always been the case with NAR’s consumer advertising campaign, but this is the first time I’ve seen it spelled out so clearly, that NAR considers these other real estate brands as competition. I mean, I guess if they’re all cool with it, then it’s all copacetic.”

Compass declined to comment for this story, but a Compass employee familiar with the matter estimated that Compass agents spend just under $4 million on NAR fees per year, not including fees for local and state Realtor associations. Compass has nearly 27,000 agents, though 2,200 of them are in Manhattan and do not belong to NAR.

In an emailed statement, a Redfin spokesperson told Inman the brokerage disagreed with the fee increase and would prefer NAR focus on other issues instead of the ad campaign.

“We don’t think NAR should be raising fees, even modestly, at a time when Realtor income is under major pressure,” the spokesperson said.

“Rather than an ad campaign, we’d prefer to see our trade organization focusing on issues that matter the most to agents and consumers. For Redfin, this includes advocating for more fair, affordable and sustainable housing and ensuring broker access to our own listing data is equal to or better than sites that do not contribute listings.”

Regarding the latter, Redfin added, “One example of unfair rules include more strict limits on brokerage sites’ ability to display photos and information about sold listings, while other portal sites are able to display this information.”

Utah-based online real estate brokerage Homie, an NAR-member brokerage with 71 agents, told Inman that it paid $10,650 in fees last year to NAR, specifically, and has paid hundreds of thousands of dollars to NAR and its affiliated associations over the years. 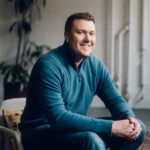 “The NAR is meant to remain neutral and not promote a specific business model, so to use membership fees to advertise against a subset of its members is more evidence of the industry’s resistance to change and innovation,” said Homie CEO Johnny Hanna via email.

“Real estate is the only industry where an association actively campaigns against its due-paying members for working to evolve and improve their services.”

Homie is a flat-free brokerage and a “power buyer” — a company that offers programs to turn homeseekers into cash buyers. Opendoor, HomeLight, Knock, Ribbon, and Flyhomes are power buyers.

“The companies NAR mentioned are the brands fostering change and innovation in the real estate industry,” Hanna said.

“At Homie, we are challenging the traditional real estate model by putting the consumer first and pushing for more transparency, affordability, and a more democratic process.

“As a tech-forward regional brokerage, we believe the industry should lead the change rather than fight it. Agents and brokers who choose innovation over resistance will not only survive but will thrive and earn the trust of consumers.”

Hanna said this is the first time Homie can remember being called out by NAR publicly, “but many of the local boards and associations have been fighting disruptors for years.”

“In fact, one of our local boards has used our own dues to advertise against Homie,” he said.

Homie didn’t want to name the local Realtor association, but its name is clear from a photo of a billboard ad Homie said had “been used to advertise against us”: Northern Wasatch Association of Realtors. The billboard reads: “Don’t risk your equity for a ‘discount.’ Hire a Realtor.”

“[It] is an example of a billboard from a local association in [Utah] that is directly connected to the NAR,” Hanna said, adding that the billboard “target[s] anyone charging a lower fee than the traditional 6 percent.” 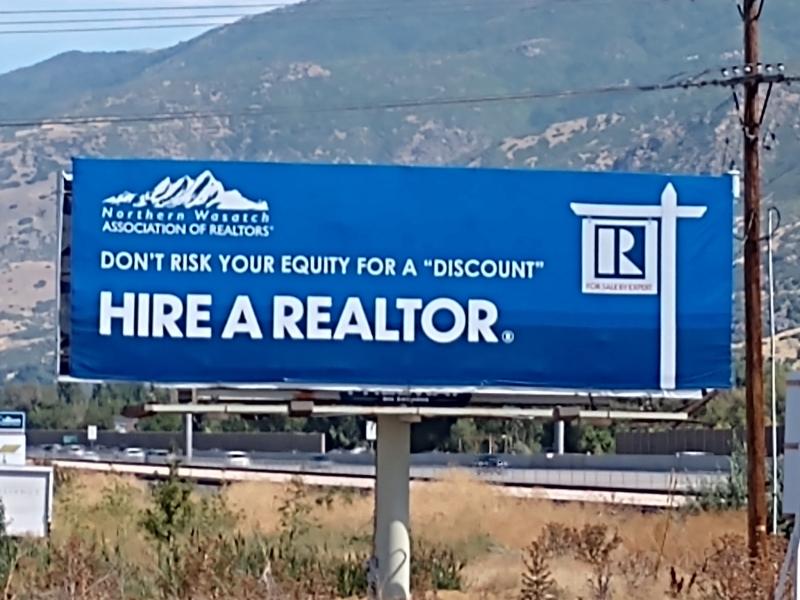 In an emailed statement, HomeLight CEO Drew Uher told Inman, “HomeLight is a NAR member. Given that we work with tens of thousands of the top agents in the country, we presume that their collective dues are fairly significant, but we wouldn’t be able to comment on the total.”

A Ribbon spokesperson told Inman that Ribbon is not a member of NAR, but neither does it compete with NAR or Realtors in general for consumers.

“Realtors are small business owners and we believe in empowering, not disrupting them,” the spokesperson said. “As the only ‘open’ Power Buyer, Ribbon has worked hand-in-hand to make Realtors, and their clients, as competitive as possible for the everyday buyer.”

Ribbon encourages homebuyers to work with their preferred real estate agents and loan officers of choice, in contrast to power buyer companies that require homebuyers to use in-house agents or lenders.

“Advocating for Realtors and consumer choice is the very heart of Ribbon’s model,” the spokesperson said. “Ribbon shares a common goal of homeownership with NAR and we are thankful to the Realtors who partner with Ribbon to win.

“We do not compete for mindshare or leads, as we advertise with an eye on lenders and agents — general consumers are unable to sign up for Ribbon’s services and can only take advantage of Ribbon through their agent or their lender, as we do not have an in-house brokerage or lending arm by design.”

Knock declined to comment except to say that Knock is not a member of NAR. “[W]e aren’t a brokerage nor do we employ agents. We partner with brokerage firms,” a spokesperson said.

RE/MAX, Offerpad and Flyhomes declined to comment for this story. Zillow, Opendoor and CoStar did not respond to requests for comment.

Editor’s note: This story has been updated with a comment from HomeLight. 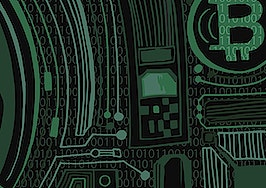 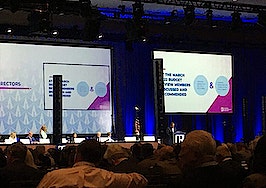