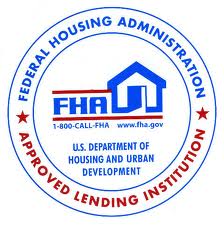 In a move designed to more fairly treat borrowers whose credit reports contain collections actions and disputed debt accounts, the Federal Housing Administration has eased previous rules that would have led to large numbers of application rejections.

The agency also released guidance to lenders instructing them on how to handle “extenuating circumstances” claimed by borrowers who experienced serious economic setbacks triggered by the recession, but who are now employed, paying their bills and seeking FHA financing.

That guidance, which required payoffs of collections or disputed accounts totaling an aggregate $1,000 or more before applicants could go to closing on an FHA loan, triggered intense criticism from lenders and community groups.

FHA subsequently withdrew the rule in June 2012,  promising a future policy that would constitute a “balanced yet flexible approach to promote access to affordable credit while protecting the insurance fund.”

Critics of the rescinded rules pointed out that many consumers have disputed accounts on their credit reports that were not caused by the consumers themselves, or where they had legitimate reasons for not paying the account in full.

For example, medical bills frequently lead to disputes when bills charged for services performed exceed what was estimated upfront. Also, said critics, many disputed accounts — especially medical bills that are charged off and sold to collection agencies — end up as festering negative items on credit reports, even when the consumer had legitimate reasons for disputing the charges.

In its latest guidance, FHA appears to deliver on its promise of a more ‘balanced yet flexible’ set of standards. The new disputed account rules, which take effect Oct. 15, exclude consideration of all medical collection and charge-off accounts, and “do not require resolution” for applications to move forward.

The new rule requires that lenders document the reasons for approving a loan when the borrower has collection accounts in any amount. But if the total exceeds $2,000, the lender must undertake a “capacity analysis” designed to determine whether the borrower can handle any periodic payments that may be required to retire the debt.

Among the possible outcomes of a capacity analysis: The applicant might pay off the collection account, or make payment arrangements with the creditor. Generally, whatever scheduled payments are due under the arrangement must be reflected in the applicant’s debt-to-income ratio calculations.

Unlike the earlier, now-rescinded guidance, the new rule treats derogatory disputed accounts separately. If the aggregate amount of disputed items on the credit report is equal to or exceeds $1,000, the lender must now manually underwrite the application. If the total balances are less than $1,000, manual underwriting — which takes more time — is not required. Disputed medical accounts are excluded from the $1,000 limit and no documentation will be required. The same exclusion applies to disputed accounts where the problem was created by identity theft, credit card theft or unauthorized use.

Court-ordered judgments against borrowers that show up in their credit files are treated differently: They’ve got to be paid off in full or there must be a written agreement detailing “regular and timely” payments to retire the debt, and documentation that at least three payments already have been made.

A second set of lender guidance (ML 2013-26) published last Friday essentially spells out FHA’s approach to “extenuating circumstances” that may have triggered steep drops in applicants’ credit scores. Far more so than conventional market investors or insurers, FHA historically has been more wiling to consider the contributing factors that make credit-impaired applicants look more risky than they really are.

The new guidelines emphasize that “FHA recognizes the hardships faced by … borrowers (hit by recession events) and realizes that their credit histories may not fully reflect their true ability or propensity to repay a mortgage.”

Extenuating circumstances are important to FHA in evaluating whether a borrower who experienced a foreclosure, short sale, deed-in-lieu, bankruptcy or other event in the past but is now employed and paying credit accounts on time should be considered eligible for a new FHA-insured loan. The new guidance offers the potential of waiving FHA’s standard waiting periods from one of these events to qualifying for a new mortgage.

Say an individual lost his job during the recession, couldn’t pay the mortgage and eventually was foreclosed upon. Under standard FHA waiting times, that person might not be eligible for a new loan for up to three years. However, if the applicant qualifies as having experienced “an economic event” — defined in the new guidance as “any occurrence beyond the borrower’s control that results in loss of employment, loss of income or both” that causes a 20 percent decline in household income for at least six months — the applicant might be qualified to obtain a new FHA-insured mortgage in as little as one year instead of three.