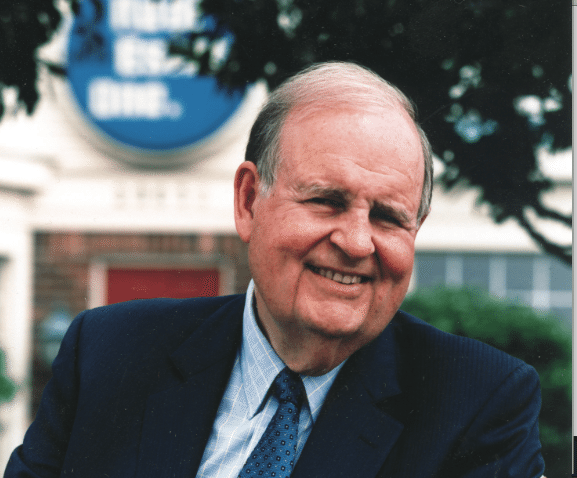 The man who created Detroit-based brokerage Real Estate One and grew the family-owned business to the 10th-largest real estate firm in the U.S. and the largest in Michigan has died at the age of 83.

Richard “Dick” Elsea was born in Detroit, and 11 years after becoming a branch manager at his father’s Detroit-based firm, Elsea Realty, in 1959, he negotiated a merger with other Detroit-area firms to create Real Estate One.

He died Tuesday from complications related to a stroke he suffered two weeks ago.

Elsea’s sons Dan and Stuart became co-presidents of Real Estate One in 1999 when the elder Elsea became CEO and chairman of the firm’s board.

“Dick was one of the most well-respected guys in the industry that I ever came across,” said ERA Real Estate executive business consultant Mark Jeffers. He worked with Elsea and his two sons as president of Real Estate One’s franchise network and vice president of business development from 2001 to 2006.

Jeffers says that Elsea brought him to Michigan and Jeffers found out “very quickly that he’s one of the most generous people around.”

Elsea invited Jeffers and his wife to the orchestra and offered his family’s home in Traverse City, Mich., to him when he was working for a time in the area.

Jeffers says that Elsea was also an influential and early member of the independent brokerage network The Realty Alliance, which has grown to include more than 60 large brokerages.

Elsea was also involved in the beginnings of the automated multiple listing service, Jeffers said.

Proud of his firm’s designation as one of the Michigan’s “Top Workplaces” in 2011 and 2012, he wore a gold pin to commemorate the achievement every day, the firm said.

Real Estate One, which grossed $2.6 billion in sales on 18,564 transaction sides in 2012 according to Real Trends data, acquired a firm on Tuesday to expand its presence in the Ann Arbor, Mich., area.

Real Estate One expanding in southeast Michigan
Back to top
Only 3 days left to register for Inman Connect Las Vegas before prices go up! Don't miss the premier event for real estate pros.Register Now ×
Limited Time Offer: Get 1 year of Inman Select for $199SUBSCRIBE×
Inmanpot
Log in
If you created your account with Google or Facebook
Don't have an account?
Create an Account
Forgot your password?
No Problem