Colorado has long been a battleground for title industry regulation, and despite bringing pervasive illegal market conduct to the national forefront, problems persist. One company owner aims to bring more transparency to the homebuying process with a website that puts the consumer at the center of the transaction and makes title insurance premium rates public and easy to compare.

Colorado has long been a battleground for title industry regulation, and despite bringing pervasive illegal market conduct to the national forefront, problems persist. One company owner aims to bring more transparency to the homebuying process with a website that puts the consumer at the center of the transaction and makes title insurance premium rates public and easy to compare. 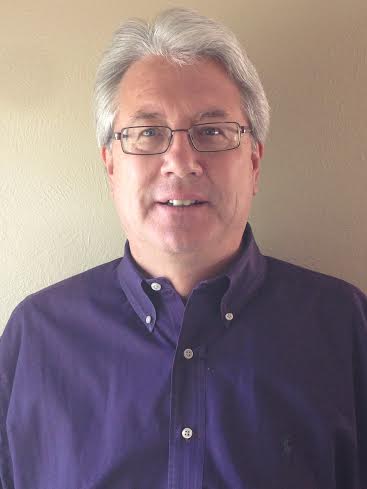 As a 36-year veteran of the title insurance industry, Garry Wolff knows the Colorado real estate market very well. After holding managerial positions at several title companies, including the now-defunct LandAmerica Financial Group Inc., and serving as president of the Land Title Association of Colorado (LTAC), Wolff dove headfirst into the regulatory and legislative melee that became the Colorado title insurance market in the mid-2000s. He had a front-row seat to Colorado sparking a national probe into illegal kickback schemes and affiliated business arrangements between title companies, real estate agencies and mortgage firms — and he didn’t like what he observed.

“These marketing practices were seen as a form of reverse competition,” Wolff says. “This is what really drives the price [of title insurance] up. There are estimated to be several thousand real estate professionals in Colorado that are associated in some manner with a title company with the express purpose of capturing the consumer’s title business for their own personal benefit or financial gain, which may not be in the consumer’s overall best interests.”

Taking note of how illegal marketing practices impacted consumers’ ability to comparison shop for title insurance, Wolff also discovered “substantial differences” in protection and cost of title premiums. As he continued to work with regulators to address these concerns as well as what he considers Colorado’s loose title insurance licensing laws, Wolff struck out on his own in 2006 and founded TI Services LLC, a title insurance consulting and services provider, and launched myTitleIns.com, a website geared toward consumers that empowers them to compare estimated title insurance, closing and ancillary settlement costs in major Colorado markets.

A recent study by TI Services of 187 Arapahoe County, Colorado, transactions during a three-month period in 2014 found that for an average home selling price of $314,662, title companies charged homebuyers various premiums that differed from as low as $217 to as high as $1,519 between different companies.

“The interesting fact is that with the difference in the costs of these premiums, everyone issues the same policy. That gets people questioning, ‘Why is there a difference?'” Wolff says.

MyTitleIns.com enables consumers to comparison shop for title insurance in a specifically requested geographic area by price and service rating. The website provides users with a detailed quote from a subscribing title company that includes a formatted “good faith estimate” of the related title and closing charges, and the site also rates companies’ policy coverage and additional closing protections on a scale from 1 to 10.

Title company subscriptions to join the service vary in price, depending on the demographics of their county and the company’s size. Wolff says companies operating in a rural area like Durango pay around $75 a month to subscribe, while companies in major metropolitan areas like Denver may pay around $1,200 a month.

Currently, fewer than 10 title companies subscribe to the website, but myTitleIns.com supplements those companies’ information with rates from competitors that are made public thanks to Colorado being a “file-and-use” state. Wolff acknowledges that the website is not popular with some title companies and trade associations.

“For the most part, they don’t like what we’re doing,” he admits. “We have some big players here who like their market share and prefer to keep the status quo. They know that once consumers are more educated, they will say, ‘What is going on here?’ We’re still in the preliminary stage of changing the existing paradigm out here. A filed underwriter may not like us doing it, but they can’t stop us.”

For title companies that do subscribe to the website, they are gaining a powerful marketing tool, Wolff says. MyTitleIns.com advertises regularly on television commercials, in print newspaper advertisements, in marketing efforts to nonprofit organizations and other groups, and by direct mail.

“For companies that have gotten orders from it, it is much cheaper to pay a subscription fee to the website than to pay someone a commission,” Wolff points out.

Ultimately, Wolff hopes his efforts and the website’s transparency will encourage regulators to take further measures to educate and protect homebuyers and sellers.

“We see some headway being made. Consumers are getting more educated, and regulators are changing because of that pressure,” he says.