Congressional lawmakers are suggesting that the same consumers that the Consumer Financial Protection Bureau aims to protect are being harmed by “the single most powerful and least accountable federal agency in all of Washington.”

At least five bills have been introduced in Congress in the last week to restructure and reform the CFPB, including one introduced by Republican Rep. Randy Neugebauer that would replace the bureau’s director, Richard Cordray, with a five-member commission — even while the CFPB is affirming its commitment to act as “the cop on the beat” of financial reform that was envisioned by Congress when it created the Dodd-Frank Wall Street Reform and Consumer Protection Act in 2010. 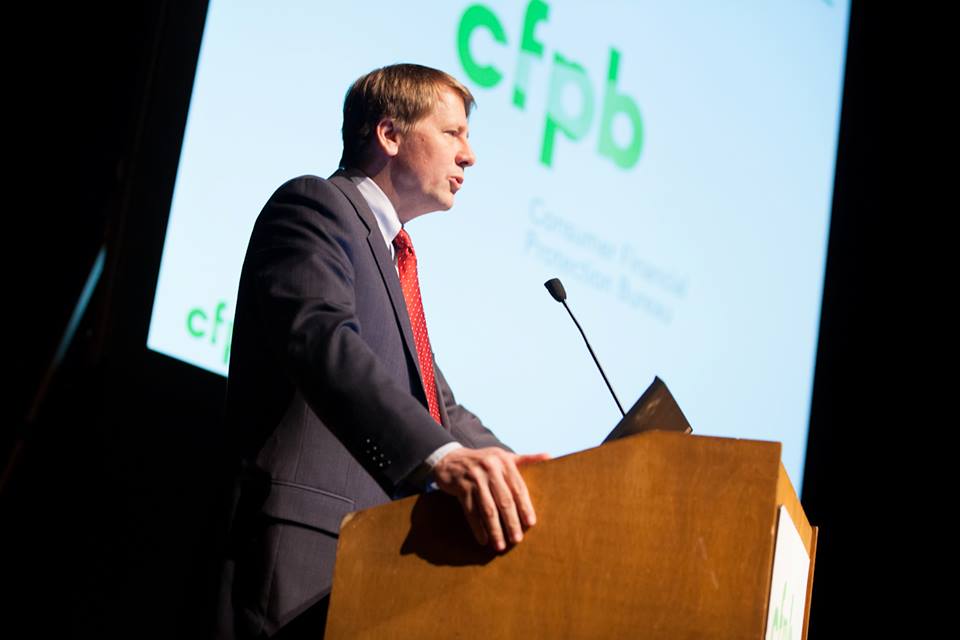 In announcing the introduction of H.R. 1266, Neugebauer, a representative from Texas, said in the five years since the creation of the CFPB, it “has demonstrated a lack of transparency and a lack of accountability.”

“Over the last several years, the bureau’s actions and record have proven it can’t function in a sustainable manner,” Neugebauer said. “Perhaps more than any other Washington agency, the CFPB has proven it is susceptible to political influence — bringing into question its independence. This is all the more troubling because the bureau has an important mission: to protect consumers. I support consumer protection, but we must ensure product choice, credit availability and cost of credit are considered before rushing to regulate. To better serve the American people, the bureau must adopt a more balanced and consultative process to its rule-making.”

While Congress was busy proposing legislation to restrain the CFPB’s power, members of the House Financial Services Committee put Cordray on the hot seat during a March 3 hearing, where the embattled director presented the bureau’s sixth semiannual progress report.

“Who will protect consumers from the overreach of the Consumer Financial Protection Bureau?” asked Neugebauer’s Texas colleague, Jeb Hensarling, who in his capacity as committee chair delivered the hearing’s opening statement. “When it comes to the credit cards, auto loans and mortgages of hardworking taxpayers, the CFPB has the unbridled, discretionary power not only to make those less available and more expensive, but to absolutely take them away. Free checking has been cut in half. QM increasingly stands for ‘Quitting Mortgages’ as community bank after community bank find they can no longer offer mortgages to many of their deserving customers.

Almost from the CFPB’s inception, the bureau has been accused of overstepping its authority, and it is often accused of “regulating by enforcement” instead of following the rule-making process to establish financial regulations. Lucy Griffin, a compliance consultant whose resume includes stints with the Federal Reserve Board, the Federal Trade Commission and the Federal Home Loan Bank Board, said that in spite of the CFPB’s “supervisory” mission, it is “an enforcement agency — sort of like the Federal Trade Commission on steroids.”

“The CFPB likes big headlines and big numbers,” Griffin wrote on her blog, Common Sense Compliance. “The headlines taste best when they have a bank name in them — and a really big dollars figure. Instead of systematically examining institutions, CFPB trolls complaint patterns and other data sources to find what consumers are most concerned about and which institutions may be vulnerable to the problem. Then they investigate and attack.”

Last month, Cordray boasted at the National Association of Attorneys General (NAAG) 2015 Winter Meeting that to date, the CFPB’s publicly announced enforcement actions have resulted in $5.3 billion in relief to 15 million consumers and more than $200 million in civil money penalties. Cordray, himself a former Ohio attorney general, told the association that the bureau will continue to work with both state and federal law enforcement authorities to continue that trend.

Many of the CFPB’s enforcement actions have targeted mortgage lenders, title companies and their settlement service partners, resulting in significant fines and settlements. Just two months into 2015, the CFPB has already outpaced enforcement activities involving companies in these sectors that it announced during the same period of last year, and the bureau is working closely with state regulators on these efforts.

On Jan. 22, the bureau announced a consent order against Wells Fargo, JPMorgan and Genuine Title, a now-defunct title company, for engaging in an alleged illegal marketing services and kickback scheme. The consent order, announced along with the Maryland attorney general, assessed a total of $35.7 million in penalties against the companies.

On Feb. 10, the CFPB took action against NewDay Financial LLC, a Maryland-based, nonbank mortgage lender owned by Chrysalis Holdings, for allegedly deceiving consumers about a veterans organization’s endorsement of NewDay’s products and participating in a scheme to pay kickbacks for customer referrals in violation of the Real Estate Settlement Procedures Act, or RESPA. The CFPB ordered NewDay to pay a $2 million civil money penalty for its actions.

Just days later on Feb. 12, the CFPB filed a complaint in the Maryland federal court against three mortgage companies — All Financial Services, American Preferred Lending and Flagship Financial Group — for allegedly “misleading consumers with advertisements implying U.S. government approval of their products.” The CFPB’s lawsuit seeks a civil fine and a permanent injunction to prevent future violations, and is not a finding or ruling the companies violated the law.

Praising the cooperation of state authorities in Maryland for these enforcement actions, Cordray urged the NAAG’s members to join the CFPB “in these determined and much-needed efforts.”

“Fraud of any kind is a bread-and-butter law enforcement issue, and we must strike at it hard and effectively wherever it is harming consumers,” Cordray told the NAAG. “I believe, consistent with our experience to date, that we can do this best when we do it together.”

But not all lawmakers agree that the CFPB has run afoul of its original intent. Maxine Waters, D-California and ranking member of the House Financial Services Committee, praised the bureau’s track record at the March 3 hearing and listed the many ways she says her Republican colleagues have worked to harm the agency.

“Taking their strategy from Wall Street, predatory lenders and other bad actors in our financial system — the Republicans on this Committee have advanced countless measures that would undermine the CFPB’s ability to protect consumers from deceptive marketing, unlawful debt collection, lending discrimination, illegal fees and other unscrupulous activity,” Waters said. “This includes legislation to destabilize CFPB’s leadership, end its autonomy and tie its independent funding to the whims of the congressional appropriations process. I cannot imagine staff time and resources that the bureau has spent responding to your frivolous requests — at the expense of helping our nation’s consumers. But that’s precisely the Republican playbook. They want the CFPB to be wasting resources digging out from under a deluge of requests — so that the payday lenders, debt collectors and other predators can continue victimizing the American people unabated.”