With mortgage interest rates and home prices falling, the National Association of Home Builders is optimistic that these improvements will encourage more people to buy homes, particularly in the Midwest.

With mortgage interest rates and home prices falling, the National Association of Home Builders is optimistic that these improvements will encourage more people to buy homes, particularly in the Midwest.

The NAHB/Wells Fargo Housing Opportunity Index (HOI), released today, found that 66.5 percent of new and existing homes sold between the beginning of January and end of March were affordable to families earning the U.S. median income of $65,800. That’s an increase from the 62.8 percent of homes sold that were affordable to median-income earners in the fourth quarter of 2014.

“The past two quarters have seen an improvement in affordability as mortgage rates remain low,” Crowe said. “Along with favorable home prices and pent-up demand, this broad improvement should help encourage more buyers to enter the marketplace.”

According to the index, the national median home price declined from $215,000 in the fourth quarter to $210,000 in the first quarter. Meanwhile, the average mortgage interest rate fell from 4.29 to 4.03 percent in the same period.

For the second straight quarter, Syracuse, New York, remained the nation’s most affordable major housing market, as 95.6 percent of all new and existing homes sold in the first quarter of 2015 were affordable to families earning the area’s median income of $68,500.

Meanwhile, Sandusky, Ohio, topped the affordability chart among smaller markets in the first quarter of 2015. There, 96.3 percent of homes sold during the first quarter were affordable to families earning the area’s median income of $69,600. Other smaller housing markets at the top of the index included Cumberland, Maryland-West Virginia; Elmira, New York; Davenport-Moline-Rock Island, Iowa-Illinois; and Kokomo, Indiana.

For a 10th consecutive quarter, San Francisco-San Mateo-Redwood City, California, was the nation’s least affordable major housing market. There, just 14.1 percent of homes sold in the first quarter were affordable to families earning the area’s median income of $103,400.

All five least affordable small housing markets were in California. At the very bottom was Santa Cruz-Watsonville, where 21.6 percent of all new and existing homes sold were affordable to families earning the area’s median income of $87,000. Other small markets included Salinas, Napa, San Luis Obispo-Paso Robles, and Santa Barbara-Santa Maria-Goleta, in descending order.

The NAHB/Wells Fargo HOI is a measure of the percentage of homes sold in a given area that are affordable to families earning the area’s median income during a specific quarter. Prices of new and existing homes sold are collected from actual court records by CoreLogic, a data and analytics company. Mortgage financing conditions incorporate interest rates on fixed- and adjustable-rate loans reported by the Federal Housing Finance Agency.

The NAHB is a Washington, D.C.-based trade association representing more than 140,000 members involved in homebuilding, remodeling, multifamily construction, property management, subcontracting, design, housing finance, building product manufacturing, and other aspects of residential and light commercial construction. NAHB is affiliated with 800 state and local homebuilders associations around the country. NAHB’s builder members will construct about 80 percent of the new housing units projected for this year. 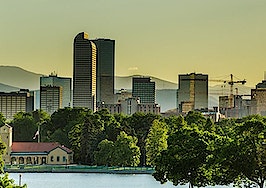 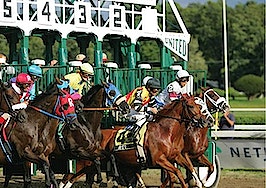 Buy a home? No thanks, I’ll rent
Back to top
Keep up-to-date on tools and tactics to impress your clients and outshine your competition with the 2022 virtual bundle.Register Now×
Agent Appreciation Sale: Inman Select for only $85.CLAIM OFFER×
Inmanpot
Log in
If you created your account with Google or Facebook
Don't have an account?
Create an Account
Forgot your password?
No Problem