by Omri Barzilay
Share this article
You successfully shared the article.
Close

Although Staten Island might be separated from the rest of New York City thanks to a wide bay, there is no question that it is benefiting from the same rise in real estate interest as the other boroughs.

In recent years, New York City has virtually exploded with new living spaces being constructed or refurbished. This is thanks to quite a number of factors including a renewed economy, a new mayor who has launched a massive affordable housing construction campaign and many others that contribute to the growth of NYC as a place for people to call home.

The move to the suburbs has seemingly abated, at least in New York City, as more rental and condo units are being constructed rapidly. There is little doubt that Staten Island is benefiting from the renewed interest in urban areas by residents who want to live closer to their work. New apartment buildings and condominiums are now changing the skyline of this once less-remembered area of the city. In fact, many experts believe that 2015 is Staten Island’s turning point.

Why Staten Island is benefiting from renewed real estate development

There are a number of reasons why Staten Island has seen a renewal in development over the past few years, but one of the more compelling reasons is that it has become “cool” to live in the inner city, at least when it comes to this particular island, for many younger people.

Many renters have noted that Staten Island does not feel like big-city living despite the somewhat obvious fact that it is a big city. This feeling is in large part generated by the many different small businesses, retail shops, coffee houses and restaurants that have popped up in the area.

Currently, the rental prices on Staten Island are less than in other popular areas of the city, so more people are trying to take advantage by moving into this region from NYC. Add to this the newer, younger crowd of renters — seemingly not interested in the stereotypes that have developed on Staten Island over the years — and you have a greater demand for living spaces in this part of the city.

Although a broad bay separates Staten Island and Manhattan, there is the ferry service, which connects both areas, as well as a railway. These options mean that people living on the island do not need to use their vehicles to get from one point to the next. Plus, both the railroad and ferry are fairly inexpensive means of travel.

However, though real estate investors and developers have a renewed interest, it focuses only on a small part of Staten Island. Most of the development in the 58-square-mile borough is on the northeast corner that consists of the waterfront neighborhoods of the fabled North Shore. It is here where almost all of the new development is, while the rest of Staten Island with its 470,000 residents is untouched, at this point.

In many ways, that makes sense because the ferry and railway serve that part of the island, while the rest of the borough is arguably better served by personal transportation. So, the essence of the real estate development has been to cultivate a small area of the island itself and attract a younger audience that has little care for the labels that Staten Island has had in past decades. Instead, they are more focused on creating their own little world amid the island.

This particular interest did not go unnoticed by real estate developers, as many of their projects planned for this part of Staten Island had been in the development stages for years. With an economic recovery in the making and interest for new rental and condo spaces at a premium, the drive to construct new residential, as well as commercial structures, has been in the making for quite some time.

However, it has only been recently that the major projects have been able to get off the ground. The hope is that 2015 will serve as the year when the turning point happens, which will jump-start the real estate market in the Staten Island area for years to come.

When compared to the other four boroughs in New York City, it certainly does seem like Staten Island is no longer lagging in the real estate boom. There is a measurable rise in the number of people who are moving into the area, and that means more projects are being opened, renovated and constructed to handle the increase. Many of the new projects are being built along the North Shore of the island in Clifton, St. George, Stapleton and the Tompkinsville neighborhoods.

The developments themselves vary widely including a $350 million shopping mall and entertainment complex from BFC Partner’s Empire Outlets and a massive 630-foot Ferris wheel are scheduled to be constructed in the St. George area with new construction that is already beginning.

The outlets are designed to take advantage of all the foreign tourists who have been flooding to NYC in recent years with many of them staying in Staten Island during their trip. The tourist industry is hoped to act as the backbone of the retail market until the residential areas grow more to pick up the slack.

In addition to the new shopping mall, a $250 million project called Urban Ready Life (URL) is also being built near the waterfront area. URL will consist of 900 rental apartments to help alleviate the limited number of units that currently exist in the area. The series of buildings will embrace the inner-city life by appearing as factories complete with flat roofs and bands of windows. Those who live at URL will have the Upper New York Bay view.

The first phase of the project will include 571 studio, single- and two-bedroom apartments and will feature bamboo floors, stone counters, and stacked washer and dryer units. The modest $1,600 rent for the studio apartments is considered part of the attraction when compared to what many are paying across the bay. The two-bedroom apartments are expected to top out at $2,800.

Also, the site itself will contain about 35,000 square feet of retail space, more than half of which is currently being leased, which is a good sign. Another 5,000 square feet is being allocated for growing vegetables that can be purchased on-site from a farm stand.

The farmer will also be the head chef, as he or she will prepare the spinach, rainbow chard, mizuna and kale that will be grown on the property. Add to this the $32 million that the city will spend in the St. George area to improve the overall appearance of the streets, as well as a 3 1/2-acre park that will in some ways resemble Manhattan’s Battery Park City.

There will also be new restaurants in the area. The River Dock Café is one of the most prominent restaurants that will serve lobster as diners will get a glorious view of the bay itself. A Defonte’s is also opening its doors in this part of Staten Island, making it yet another location for this popular sandwich shop.

Also, the St. George area is also benefiting from a future development from Lighthouse Point, which is currently being built by Triangle Equities. Lighthouse Point will be a 12-story structure complete with 116 rental apartments, as well as offices, restaurant and stores. The mix of historic brick and the glass-filled high-rise buildings will certainly make this one of the unique sites in the region. Other projects will include a $200 million structure that will include a hotel complete with a lobby.

The key for the Staten Island area will be if these projects can take off and what effect it will have on the rest of the borough. Traditionally, developing one small area often has had ripple effects as neighboring areas benefit from the influx of new people and interests. There will be housing needs of those who work in the large shopping malls and centers that will be a part of the new North Shore area of Staten Island.

However, whether it pans out to be a full-scale renewal of Staten Island in general or just limited to one relatively small area remains to be seen. What can be said is that the current development is such that most real estate investors will take chances on developing new properties or refurbishing older ones to take advantage of the current interest.

It is clear from all the development that Staten Island is certainly benefiting from renewed interest thanks in part to the more favorable economic conditions that have resulted in more people moving into the region. 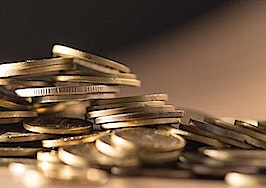 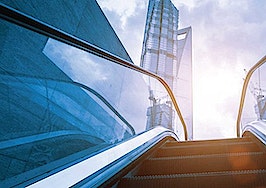 3 major business changes I made after Real Estate Connect NYC 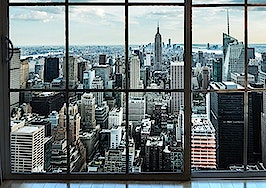 Infographic: How New York's new developments have changed
Back to top
Only 3 days left to register for Inman Connect Las Vegas before prices go up! Don't miss the premier event for real estate pros.Register Now ×
Limited Time Offer: Get 1 year of Inman Select for $199SUBSCRIBE×
Inmanpot
Log in
If you created your account with Google or Facebook
Don't have an account?
Create an Account
Forgot your password?
No Problem