As the real estate, mortgage finance and settlement service industries trudge through an era of unprecedented regulatory change, one trade association has appointed a new leader to foster compliant relationships and partnerships across these various segments.

Johnson, who has led RESPRO since she founded it in 1993, announced her retirement a few months ago. Trepeta’s leadership of the trade group will begin July 8, and he will work with Johnson over the next two months to ensure a smooth transition.

RESPRO is a national nonprofit trade association that unites providers from across the homebuying and mortgage financing industry by empowering them to offer affiliated services to buyers through subsidiaries, joint ventures and strategic partnerships.

The group offers its membership — which includes about 150 real estate broker-owners ad franchisers, mortgage lenders and brokers, title insurers and agents, homebuilders, home warranty companies and other settlement service providers — the business, educational and regulatory compliance tools they need to create and maintain such relationships under the ever-watchful eye of regulators.

In its more than two decades of existence, RESPRO has worked with regulators at both state and federal levels on a number of compliance concerns, including key provisions of the Real Estate Settlement Procedures Act (RESPA) that allow for the existence of affiliated business arrangements (ABAs) and the impact of ABAs on consumers and the homebuying experience.

These efforts include testifying before Congress in 2006 on RESPRO’s study of the benefits of what it calls “one-stop shopping” for homebuyers and fielding questions from various state regulators who began looking at kickbacks and RESPA violations more than a decade ago.

And Trepeta has had a front-row seat to all of these events and changes.

“I grew up in this industry,” Trepeta said. “My mother was a mortgage banker, and my stepfather was a builder/contractor. Both were Realtors at one point in their careers. At 11 years old, I started helping my stepfather out on jobs.”

During Trepeta’s undergraduate studies at Binghamton University, where he triple-majored in economics, political science, and law and society, and then his law school studies at the Hofstra University School of Law, he worked as a mortgage processor.

He went on to serve as vice president at both JPMorgan Chase and the Financial Services Forum, and worked as a lobbyist for the real estate and mortgage industries.

But Trepeta may be most familiar to real estate agents as the National Association of Realtors’ director of real estate services, a position he has held for eight years. Working with real estate firms and their agents in implementing core business services such as mortgage operations; title insurance, escrow and settlement; home warranties and inspections; and insurance and concierge service, Trepeta said he actually modeled many of his efforts after RESPRO.

“The purpose of the real estate services program was basically to work with the large real estate firms that have ABAs,” Trepeta said. “I became close with the folks who are in ABAs, like Howard Hanna, and work with a lot of their affiliates, so I got to know a lot of RESPRO members for that reason.

“We always tried to work on the same issues, like TRID or the 3 percent cap on fees and points and its impact on affiliates. There are definitely some synergies there, especially on mortgage issues that touch all of RESPRO’s members.”

Trepeta said he would like to see RESPRO work more closely with other industry trade groups like the Mortgage Bankers Association (MBA) and the American Land Title Association (ALTA), and he still plans to work with NAR.

“I’m not leaving NAR in some disgruntled way. When this opportunity came up, I told my boss, [Vice President of Regulatory Affairs & Real Estate Services] Joe Ventrone, and [CEO] Dale Stinton, and they gave me their blessing,” Trepeta said.

Trepeta’s experience as a lobbyist will serve him well as he leads RESPRO in representing the ABA before federal and state policymakers and enabling partners to develop successful alliances that are compliance with federal and state law.

He said he would like to work with the Consumer Financial Protection Bureau (CFPB) to get solid guidance on certain practices in which the real estate industry has engaged for a long time, such as marketing service agreements and RESPA Section 8 enforcement.

And, of course, everyone in the industry is focused on the upcoming Aug. 1 implementation deadline for the CFPB’s TILA-RESPA Integrated Disclosures rule, or TRID, Trepeta said.

“When my niece was 4 years old, she said to me once, ‘Uncle Ken, you’re nervousing me,’” Trepeta said.

“This regulation is nervousing me. My concern is it’s going to be a little messy. You have [CFPB Director] Richard Cordray talking about a few instances that will require the three-day deadline, but I think people are more concerned about lenders approving changes to the transaction. We’re not going to know until we start using the forms and processes whether we’re right to be scared or not to be scared.”

Trepeta said he believes most industry players are prepared to handle the new forms and operational changes that TRID will bring, but said, “A lot of people are ready for the basic deal. It’s the transactions that maybe aren’t plain vanilla where there is potential for a lot of confusion out there.”

It’s the TRID transactions that aren’t plain vanilla where there is potential for confusion.

Although some have speculated that Realtors’ place at the center of most transactions will shift to lenders, which under the TRID rule bear responsibility for the compliance of everyone at the closing table, Trepeta pointed out, “We have always had to cater to lenders because, ultimately, you will have to meet certain conditions. They have always been in an important position.

“But I think the Realtor will stay play the central role in the transaction and make sure everything gets done in a timely fashion.”

But Trepeta said he would also like to see RESPRO branch out a bit more and be more supportive of other industry concerns “and join people like NAR and MBA and push for parity in some of the areas where there is universal agreement” on homebuying and financing issues.

He would also like to grow RESPRO’s membership, as it’s a relatively small association compared to other industry groups.

“When you look at RESPRO’s membership, it is a small organization, but it has some very big companies involved,” he said. “It’s made up of really important players in real estate, leaders in their particular industry. I’m excited for the opportunity to take RESPRO to the next level and leverage that.” 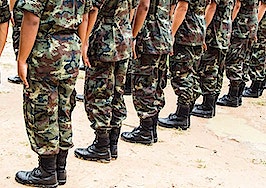 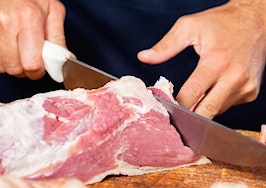 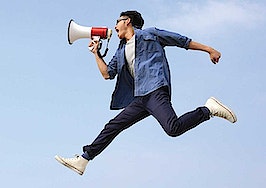 Exclusive buyer agents' group brings new referral service in-house
Back to top
Only 3 days left to register for Inman Connect Las Vegas before prices go up! Don't miss the premier event for real estate pros.Register Now ×
Limited Time Offer: Get 1 year of Inman Select for $199SUBSCRIBE×
Inmanpot
Log in
If you created your account with Google or Facebook
Don't have an account?
Create an Account
Forgot your password?
No Problem