Millions of buyers who took advantage of the federal homebuyer tax credit in 2009 and bought a home before the housing market officially tanked would have been better off financially if they had continued to rent.

But buyers who bought homes in 2012, after the dust had settled on the financial crisis, fared much better and made more in the housing market than they would have if they had rented.

How can this be?

“It’s very clear that when it comes to maximizing gains from an investment in real estate, timing really does matter a great deal,” Zillow Chief Economist Stan Humphries said.

To explain how buyers who purchase a home experience such disparate financial outcomes at different points in time, Zillow developed a new analysis it calls the “Breakeven Horizon,” which the company defines as the number of years after which buying is more financially advantageous than renting.

Zillow also factors in home equity growth for buyers — and for renters, income earned if they invested the same amount of money into an interest-bearing account — as well as historic and anticipated home value appreciation rates, rental prices and rental appreciation rates.

By examining these figures at the end of each year for a period of 30 years (assuming a house is purchased using a 30-year fixed-rate mortgage), Zillow compares the cost of owning a home versus renting. Its latest report examines the financial gain of homeowners who bought their homes in 2000, 2005, 2009 and 2012.

According to Zillow, buyers’ wide range of financial outcomes are the result of the U.S. economy’s boom, bust and recovery over the past decade.

“One of the biggest factors is home value appreciation,”said Svenja Gudell, senior director of economic research at Zillow. “If you bought in 2009, you had three years of home losses to bear.”

The company’s analysis found that presently, homebuyers can break even on a home purchase in two years or less in 23 of the top 35 housing markets. The national average is 1.9 years.

Buyers in the country’s hardest-hit housing markets actually found the greatest opportunities if they bought at the right moment, according to Zillow’s analysis.

For example, Las Vegas homebuyers who bought in 2009 are $66,043 worse off on average today than if they rented and invested in the stock market over the same time period. That loss far overshadows the $8,000 maximum tax break. Conversely, those who bought a Las Vegas home in 2012 made $52,000 more between 2012 and 2015 than they would have if they had rented and invested in the stock market, even without a tax break, Zillow said.

Dallas-Fort Worth buyers can break even the fastest, in 1.1 years. Breaking even takes the longest in Washington, D.C., at 4.5 years, and in Los Angeles, at 4.3 years, according to Zillow.

“If you bought a house in 2012 in an extremely hard-hit area and you had the advantage of buying at a relatively low price because home values had depreciated so much, a lot of these areas have since sprung back to life with double-digit home value appreciation,” Gudell said.

Trying to time the market perfectly is difficult for both buyers and real estate professionals, Gudell said.

Trying to time the market perfectly is difficult.

“When a real estate professional advises customers, timing is one of those things that should play a very little role in the client’s decision to buy a home,” she said.

When it comes to the impact of timing on the decision to buy a home and start realizing financial benefit, some people may not have the luxury of waiting, say, two more years, because the market may be totally different in two years — and there is no way to predict the future past a certain point, Gudell noted.

“If you have a consumer who right now is on the fence, buying right now may be better than waiting six months from now, because mortgage rates may be different six months from now. That means their purchasing power may decline in the future. But we’re talking about fairly short breakeven horizons here. Beyond that six months, it really isn’t possible to predict what will happen right now.”

Zillow’s next Breakeven Horizon report, an analysis of the second quarter, is due out in the fall. 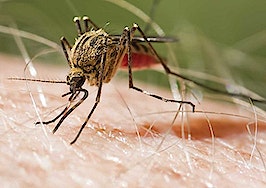 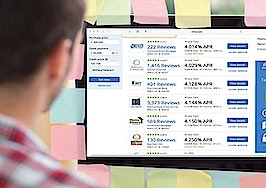 Zillow Mortgage connects buyers with lenders
Back to top
Only 3 days left to register for Inman Connect Las Vegas before prices go up! Don't miss the premier event for real estate pros.Register Now ×
Limited Time Offer: Get 1 year of Inman Select for $199SUBSCRIBE×
Inmanpot
Log in
If you created your account with Google or Facebook
Don't have an account?
Create an Account
Forgot your password?
No Problem