by Mark Leader
Share this article
You successfully shared the article.
Close

The law of attraction is the age-old idea behind the book and film “The Secret” (made wildly popular by its ensuing “Oprah” episode).

It essentially says the more airtime you give an idea — either by talking about it, thinking about it or otherwise making it a part of your existence — the bigger it gets, and the more likely it is to become reality.

The law of attraction: The more airtime you give an idea, the bigger and more real it gets.

What follows is pretty simple logic: If you spend time visualizing what you want to achieve in life, it’ll be more likely to happen for you. Conversely, if you obsess over all the things that could go wrong, they’ll almost certainly stand in your way.

I reference the law of attraction often to my audiences and coaching clients, and not in a way that discounts the value of hard work or being in touch with reality.

Nothing positive happens until you do the work — that’s a law, too. But there is a lot to be said for viewing your world and living your life with positivity and confidence.

It’s one of the first things that came to mind when I read the report published earlier this summer by the National Association of Realtors and authored by Stefan Swanepoel and his company, T3 Group. The DANGER Report is a 163-page ethnographic study combining in-depth interviews of 70 real estate CEOs and thought leaders with survey responses from over 7,800 agents and members of the public. It covers the weaknesses of and looming threats to the real estate industry.

Just about every possible way our industry could be upended, every career-ender, and every potential worst business nightmare of a company owner or agent was detailed in the report, which is available to the general public.

The opening threat reads as follows:

The real estate industry is saddled with a large number of part-time, untrained, unethical and incompetent agents. This knowledge gap threatens the credibility of the industry.

In the context of the book, the threats are prefaced by a disclaimer from each of the stakeholders: the author, NAR and the committee that commissioned the project.

But taken out of context, they’re some pretty juicy sound bites, with potential to do real damage to our industry if given a lot of airtime and headspace among sales professionals, the media and the public.

Though the author said, “We tried very hard to keep the information objective,” the format of the report conflicts.

Fonts, colors and images all send messages. Also the bold, condensed sans-serif fonts, the use of all caps, the reverse color scheme, including the white-on-black cover and the angry, scowling, stressed-out illustrated figures throughout — including a couple rodents at the end — all send a jarring and grave message.

These are many of the same design choices you’ll find on a Google image search of hard-hitting ads.

In tone, voice and design, there’s a heavy dose of sensationalism.

The DANGER Report in tone, voice and design, is a heavy dose of sensationalism.

So in an effort to counteract some of that (including what I contributed by even bringing it up), here are a few other emerging game changers every agent and member of the public should be thinking about when they think about our industry:

1. Great people skills are rarer and more valuable than ever, which gives the baby boomer generation an edge

Great people skills are rarer and more valuable than ever.

In a world dominated by digital communication, analog natives have the potential to feel left behind. But the movement away from personal interaction means the people skills you’ve refined over a lifetime are more valuable now than ever before.

Be a constant learner, and get comfortable with technology. Sure, it’ll help you be more productive. But one of the best ways to stand out today — from your customers’ point of view — is to be great on the phone and face to face.

2. Social media and blog culture get the word out about the kindness and generosity of Realtors and agents, which boosts the industry’s reputation

Show me a Realtor, and I’ll show you someone who knows how it feels to break personal plans to make a showing happen. Or someone who has used personal funds to buy a radon system their buyer clients couldn’t afford.

Or someone who has stayed on hold for hours and hours to negotiate a short sale for a hardship-stricken seller.

Show me any agent, and I’ll show you someone who doesn’t get paid until the deal closes but does all of this willingly because they care.

Show me any agent, and I’ll show you someone who doesn’t get paid until the deal closes.

The more transparent our lives become through the social media movement, the more these stories will get told and the better chance the good guys have of winning the day.

3. Brokerage models and businesses evolve in ways that make sense and create lucrative opportunities for talented real estate salespeople and improving our industry

A lot of the threats in the report hinted at a teardown of the existing brokerage model and the end of Realtors as we know them.

But here’s the thing: No other industry is ditching its sales force, and whatever the predominant business model becomes, real estate will still need one.

Homes are big, sophisticated, wildly individual products — not commodities — and as such, they need individual human attention to be properly marketed and sold.

Unless we destroy our country’s existing housing stock and we all build identical brand-new homes, it’s going to be the case for a long, long time.

Yes, the world is changing. But with change — even disruptive change — always comes opportunity. And with challenges come solutions — and eventually wisdom. Perhaps that’s what’s missing from the DANGER Report.

But with change always comes opportunity. And with challenges come solutions — and wisdom.

The truth is we work in an industry as rich in opportunity as it is in talent and heart.

Now that all the negative possibilities are on the table, it’s time for each of us to decide how the next several years are going to unfold.

And we need to start talking about, thinking about and living those outcomes instead. Who’s with me?

We need to start talking about, thinking about and living positive outcomes. Who’s with me?

Mark Leader is a national real estate speaker, trainer, author, and founder of Leader’s Choice, a team of trainers and keynote presenters who also provide one-on-one coaching. Connect with Mark and his team via their Facebook page or on Twitter @leaderschoice. 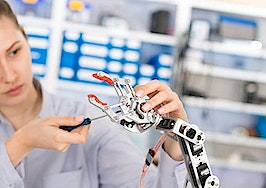 As technology advances, real estate agents are more relevant than ever

Who faces disruption in the real estate industry? 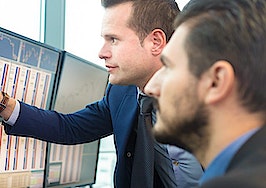 How stock market slump is both good and bad for real estate
Back to top
Only 3 days left to register for Inman Connect Las Vegas before prices go up! Don't miss the premier event for real estate pros.Register Now ×
Limited Time Offer: Get 1 year of Inman Select for $199SUBSCRIBE×
Inmanpot
Log in
If you created your account with Google or Facebook
Don't have an account?
Create an Account
Forgot your password?
No Problem