It’s been quite a week for women in real estate, and we’re not even halfway to Friday yet.

It’s been quite a week for women in real estate.

First, there was the Belmont, California, home whose agent included models in its listing photos. The agent said that “Austin Powers” was the inspiration for this look and he was going for a sexy, quirky ’60s vibe.

That pales in comparison to a tidal wave of public opinion that crashed on top of Costello & Costello Real Estate Group in Washington state yesterday.

If you were on Facebook, you probably saw the mess in your news feed; the real estate group sent out marketing materials that featured a frazzled-looking woman surrounded by children and a disorderly home on the left side of the flier, and two smartly dressed men in business suits smiling into the camera on the right side of the flier.

The intention was to highlight the differences between part-time and full-time agents — but it’s safe to say that the brokerage missed its mark by a long shot.

And the fallout has been vicious. Several local news stories followed; the brokerage was called out in a number of social media groups (including Inman Coast to Coast and Raise the Bar in Real Estate); and today, Re/Max on the Lake announced it has severed its franchise relationship with Costello & Costello Real Estate Group. 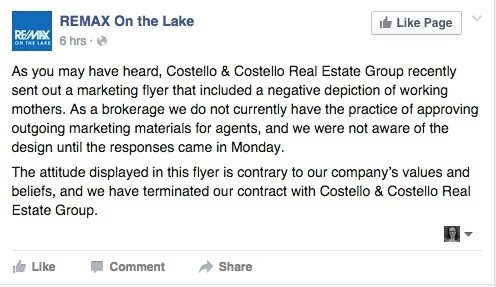 In a world where poorly conceived marketing material can live forever on the Internet, the reality is this: Businesses must tread more carefully than ever to avoid offending the online masses. It’s a lesson that those in the real estate industry will need to learn, too.

I’ve heard that there’s no such thing as sexism anymore, that women have achieved equality and that saying otherwise is “politically correct” (PC) nonsense.

That’s a hard sell in any industry, but perhaps especially in real estate, where the numbers indicate otherwise.

The National Association of Realtors’ most recent member profile data showed that 58 percent of Realtors are women, while 42 percent are men. So clearly there’s no sexism problem in real estate, is there?

Take a look at NAR’s leadership team, too. The eight team members listed on the association’s leadership team page are all men. There are four women included in the team photo at the bottom — four out of 13 total. That’s less than one-third.

There is more data than I have the time or energy to include here that indicates a real problem with sexism in the United States today. And real estate is not an exception to the rule.

Rather than debate whether or why this is a problem, I prefer to focus on solutions. Here are a few that I think would have helped the Costello business — and that would have made that Belmont home more palatable:

1. View all your marketing materials through gender (and racial) lenses.

In my high school honors literature class, we were asked to apply gender, race and class readings to every work that crossed our desks, from “Wuthering Heights” to “Hedda Gabler.”

You might be surprised how media messages change when you shift focus from your own experience to another. The now-infamous flier could have been quickly fixed if the senders had replaced the frazzled woman surrounded by children with a distracted man checking his smartphone at the gym.

If the power dynamic is off-balance from a race, gender or disability perspective, consider changing your materials to more accurately reflect your message.

I don’t believe that the Costello brothers wanted to send the message that “mothers make terrible part-time real estate agents” — but that was the message received by the people who saw the flier.

2. Find a diverse group of people to weigh in on marketing materials and ask for their honest opinions. Then act on them.

It’s entirely possible that no one at the Costello & Costello Real Estate Group saw the flier as problematic before it was printed and mailed. Unlikely, but possible.

You might think the PC movement is out of hand, but if the masses of people online interpret something as offensive, your “I don’t believe in PC” argument is utterly irrelevant. And it won’t keep you in business.

A pulse check with three or four working moms who took time to dissect the messaging very likely would have derailed this flier before it got out the door.

If you can’t shift your own focus to encompass the experiences of others, then find people you trust to tell you the truth and ask them to weigh in.

3. If you’re trying to make a joke, make it obvious — really obvious.

I doubt anyone looking at the photos of the Belmont listing realized that it was an homage to Austin Powers.

However, if the models had been dressed in ’60s-era period clothing, with accessories and hairstyles and makeup to match, it would have been much clearer that the listing photos were a tongue-in-cheek reference to the decade in which the house was built.

Finding clothes that are “close enough” isn’t good enough. If you’re making a joke, it’s better to beat your audience over the head with it than slip in a sly aside and hope they heard you.

If you’re making a joke, it’s better to beat your audience over the head with it.

Plus, the right attire and styling might have helped this listing explode in popularity. As it stands, it feels awkward, and judging from the comments on Inman Coast to Coast, viewers were confused by the inclusion of women as props and didn’t get the reference at all.

The Costello & Costello Real Estate Group’s Facebook page has been removed. (Update: Although the page has been deleted, I downloaded the company’s social media apology from an Inman Coast to Coast thread.) 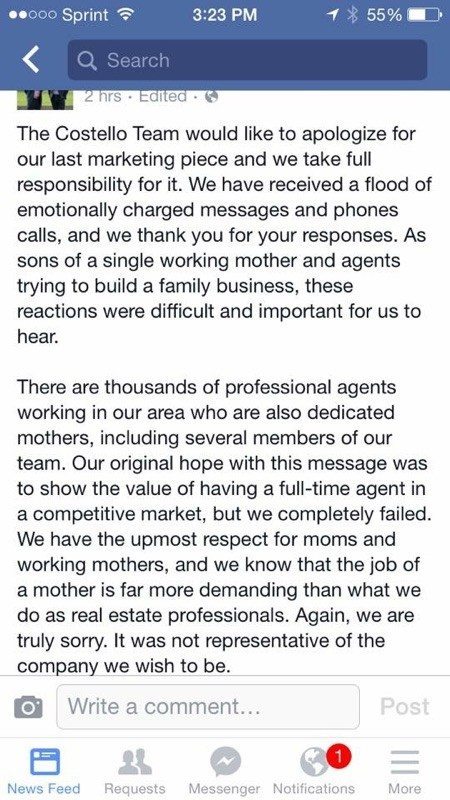 I read it yesterday, though, and two things struck me: It seemed like a sincere apology to me, almost perfect. But it wasn’t the right apology, and a comment left by a female employee made it worse.

When you have to eat crow and admit you messed up, using phrases like “emotionally charged” isn’t a good idea — especially if the issue is a gender difference. Nobody likes to hear that they are behaving emotionally, and that goes double for women.

There’s a good reason why, too. Less than 100 years ago, women weren’t welcome in workplaces, and the biggest excuse given for the exclusion was, “Females are too emotional.”

You will not win yourself brownie points by using “emotionally charged” in your apology; you might actually make the issue worse.

And “I’m sorry you were offended” is not an apology. (To be fair, this didn’t appear in the apology post itself; it was in the first comment, left by a female employee.)

“I’m sorry you were offended” is not an apology.

It puts the burden on the offended party, not the offender. You might as well say, “I’m sorry your emotions got the better of you and you couldn’t handle my message because of those emotions.”

If you have offended someone — or the Internet at large — you need to own it. Say what you did. Acknowledge you messed up. State why it was wrong and how you will avoid doing it again in the future. Repeat until you have run out of time, energy or angry people to placate.

I feel for the Costellos. I don’t think they had any intention of belittling working mothers, and I do think their apology was sincere.

On the other hand, I also believe that we have a long way to go before we reach true gender equality in this country (not to mention other kinds of equality) — and I hope discussions and events like these will only bring us closer to that reality. 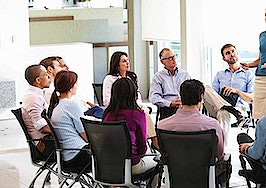 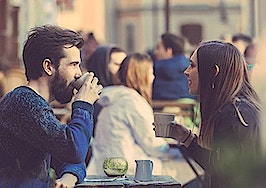 What I've learned as the mother of millennials 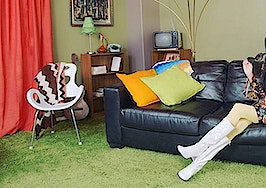 Do these sexy real estate listing photos cross the line?
Back to top
Navigate real estate's new frontier at Inman Connect Las Vegas. Register with your Select subscriber discount for an extra $100 off!Learn more×
Limited Time Offer: Get 1 year of Inman Select for $199SUBSCRIBE×
Inmanpot
Log in
If you created your account with Google or Facebook
Don't have an account?
Create an Account
Forgot your password?
No Problem