With Thanksgiving around the corner, we at Apartment List are excited for the upcoming celebrations: family time, TV, and turkey (lots of it)! Which made us wonder –  how much would rent cost in Washington, D.C. if we paid with Thanksgiving dinners? Lo and behold, we present the 2015 Apartment List Turkey Index! 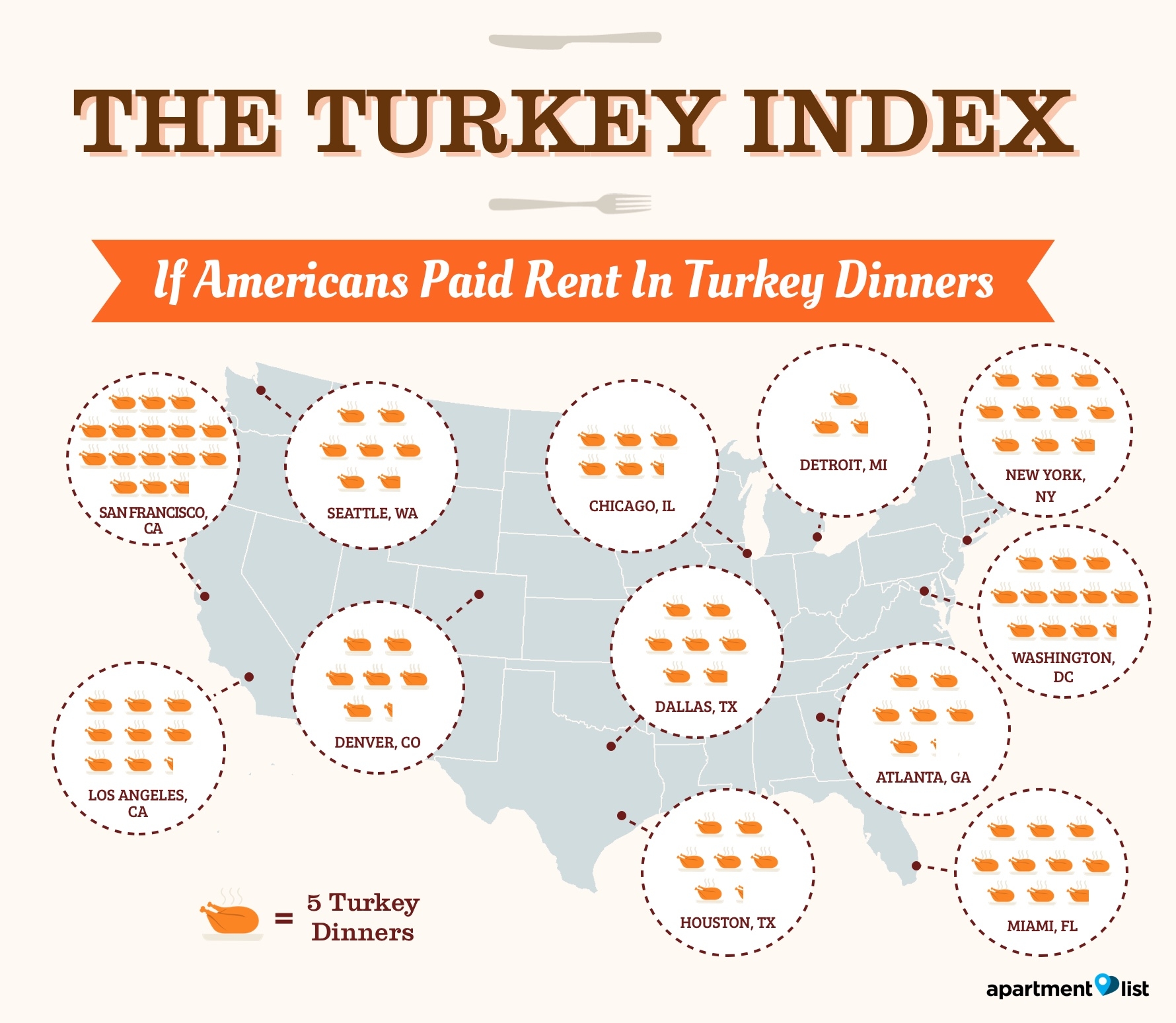 To create the index, we used two data points: the median price of a 2 bedroom apartment and the average cost of a Thanksgiving dinner in each city. The rental data was pulled from hundreds of thousands of listings from our website.

Looking at the data, we see that there is substantial variation in turkey dinner rents across cities in the United States. DC renters have to pay 57.5 Thanksgiving dinners to make one month of rent, and New York City (49) follows closely behind. This does not come as a surprise as DC has had some of the fastest growing rents over the past decade. Boston (48), Miami (48.5), and San Francisco (78) are among the most expensive as well.

DC renters have to pay 57.5 Thanksgiving dinners to make one month of rent

At the other end of the spectrum, Detroit residents can expect to pay just 13 dinners to their landlords this November. Chicago (26.5) follows closely behind, with Atlanta (30.5), Denver (31), and Houston (31) being relatively affordable as well.