Single-family home development in Los Angeles can be a bit confusing. What can be built and developed varies neighborhood by neighborhood or even street by street in some cases. It can be a confusing question for those buying or selling.

Single-family home development in Los Angeles can be a bit confusing. What can be built and developed varies neighborhood by neighborhood or even street by street in some cases. It can be a confusing question for those buying or selling.

How much can we build? This relates directly back to property values because in many areas a home is only as valuable as its ability to be torn down and replaced by something bigger.

Currently the residential development process in LA is a patchwork. Some areas are in specific plan areas, others are in Historical Preservation Overlay zones (HPOZs) which each have their own specific rules for building. Then there are the areas governed by Interim Control Ordinances (ICO), temporary rules which have been put in place to stall out “mansionization,” a term that carries its own pejorative tone.

Consumers assume if there is room, there is opportunity to build

Confused yet? So it seems is most of Los Angeles and when property comes on the market there’s often a bit of digging around to determine what is possible in terms of building. Unfortunately most consumers are unaware of many of these building restrictions and may not ask the right questions when it comes to buying a home. They assume that if there is room, they can expand but this may not always be the case.

Rumors abound and the wording of the ordinances can be very confusing for the layman trying to simply figure out if they can expand a garage or add on a second floor. Some people have remodeled without a permit only to later find out that the work cannot be retroactively permitted.

Some local realtors are taking an active role in attending meetings and understanding the complicated web of building codes not just for properties they are listing or representing buyers on but so that they inform past clients of new legislation that may directly impact their future building plans and the value of their homes.

All this zoning mayhem should be set to ease in 2017 with a comprehensive revision to the city zoning code. Action is taking place currently on the Recode.LA website. The goal is to turn the current code (a 700+ page book) into a searchable online code that is clear and predictable as well as a reference guide to all regulations. The original code was developed in 1946 and has been modified and updated over the years until it became a document too bloated and cumbersome to be of any real use.

The project will establish new single-family zoning regulations designed to limit residential structures that the city deems incompatible with existing neighborhood character and scale. What this also means is that now is the time to be heard. There are several mansionization meetings scheduled for December and there are two opportunities to contribute online at the Recode.LA website:

MapIt: Leave feedback on an interactive map about how the zoning code has impacting you at

As exciting as the potential new code is, it doesn’t help us much as we head into 2016. Realtors and developers are bracing for another year of confusion, contradictory statements, temporary ordinances and development chaos. The most valuable thing that can be done right now is to try and stay ahead of the situation by attending local neighborhood council meetings and staying aware of local government news.

If you don’t contribute now, you can’t complain about the decisions later. 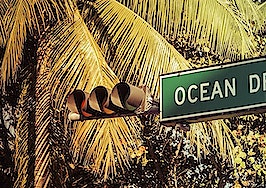 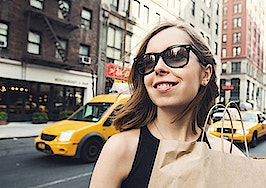 Where are the most walkable neighborhoods in LA? 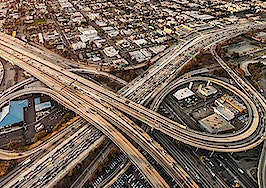 LA market is in range for positive improvement

Infographic: Monthly market update in LA
Back to top
Only 3 days left to register for Inman Connect Las Vegas before prices go up! Don't miss the premier event for real estate pros.Register Now ×
Limited Time Offer: Get 1 year of Inman Select for $199SUBSCRIBE×
Inmanpot
Log in
If you created your account with Google or Facebook
Don't have an account?
Create an Account
Forgot your password?
No Problem