Green building is said to account for roughly 30 percent of the nation’s residential building sector. Recent survey findings from Dodge Data & Analytics indicate that percentage will rise in the years to come.

Green building is said to account for roughly 30 percent of the nation’s residential building sector. Recent survey findings from Dodge Data & Analytics indicate that percentage will rise in the years to come.

By 2020, it estimates half of all home builders will construct at least 60 percent of their inventory as green homes.

In Houston it appears a number of builders are upping their focus on green home construction.

“There will be a strong market demand here in Houston, and we are ready for it,” said Brandon Lynch, president of Houston-based, custom builder Keechi Creek Homes.

The use of lighting fixtures that require LED bulbs and the installation of water fixtures that are part of the WaterSense program are two green building implementations Lynch has noticed among Houston builders. Landscaping homes with native plants represents an additional trend.

Keechi Creek Homes is one of a consortium of builders that has its new homes certified via Green Built Gulf Coast (GBGC), a green building program launched by the Greater Houston Builders Association (GHBA).

Texas-focused Highland Homes and Darling Homes, along with locally-focused Trendmaker Homes, Dunn & Stone Builders and Sandcastle Homes are some of GBGC’s largest members, according to Donna Buenik, director of builder programs for GHBA.

“When consumers see the Green Built Gulf Coast certification, they can be confident that the product has undergone strict, third party verification for compliance,” GBGC’s website states.

Lynch dubbed the program as an achievable and affordable means of certifying a home as green.

By 2018, nearly half of home builders and remodelers expect to be using solar photovoltaics and ground source heat pump technologies. Dodge Data also noted that net zero homes are emerging, as 21 percent of home builders reported having built such a home within the last two years.

Most builders and remodelers believe building green has an incremental cost over traditional construction of at least five percent. 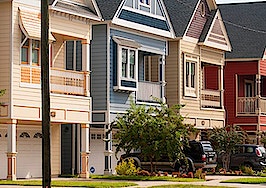 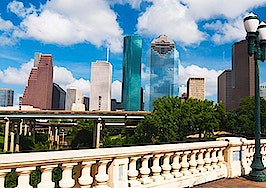 Houston luxury homes sales surpass the rest of the state

5.6 percent of Houston foreclosures seriously underwater, says RealtyTrac
Back to top
Only 3 days left to register for Inman Connect Las Vegas before prices go up! Don't miss the premier event for real estate pros.Register Now ×
Limited Time Offer: Get 1 year of Inman Select for $199SUBSCRIBE×
Inmanpot
Log in
If you created your account with Google or Facebook
Don't have an account?
Create an Account
Forgot your password?
No Problem