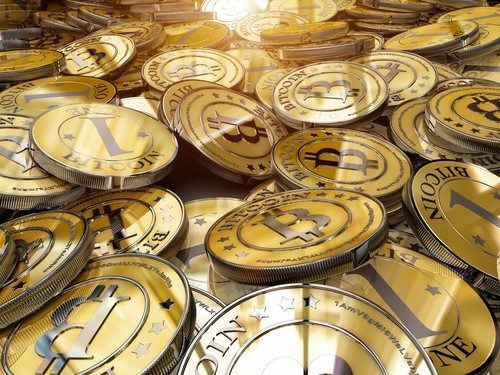 It was only last month we posited that Bitcoin at some point could become a standard and accepted currency to use in real estate transactions!

Now, however, turmoil has struck this decentralized noncurrency store of value as two major players in the marketplace have put restrictions on the ability of Bitcoin owners to withdraw money from their accounts.

This freeze caused an immediate 20 percent drop in the market value of Bitcoin, but even more importantly created a crisis of confidence for investors in a market where certainty is an absolute must!

This is an excerpt from the article cited above relating to the use of Bitcoin in Manhattan real estate transactions:

“… In what may be a first for a traditional real estate firm, Manhattan-based brokerage Bond New York has announced it will now accept Bitcoin as payment for real estate transactions.

“Bitcoin is a convenient and inexpensive way for our customers to transfer money, so we see it as a win-win situation [that] will impact the real estate industry,” said Noah Freedman, co-founder of Bond New York.

“The brokerage said in a statement that it believes it’s the first brokerage to accept Bitcoin, and named a number of benefits for making the move. Echoing other Bitcoin adopters, the brokerage cited reduced or nonexistent processing fees as one draw of the currency. Bond New York said the currency also offered security undergirded by “military-grade cryptography,” “identify protection” and “fast international payments,” plus it “works anywhere, anytime.”

The crux of the brokerage firm’s argument is that Bitcoin is a convenient and inexpensive way to transfer money.

While in theory this may be true, any real estate transaction that Hallmark Abstract Service is involved in will typically include bank checks or checks issued out of an attorney escrow account for the very reason that the seller of a commercial or residential property does not want to take any chances with receiving payment for what is likely one of their most valuable assets.

And forgetting about the fact that money in Bitcoin may be tied up for now, the seller who received payment the day before the 20 percent drop in value took an incredible hit on their sale.

The bottom line is that while at some point in time Bitcoin may become an efficient marketplace suitable for large-ticket transactions, it certainly seems that the time is not now.

Here is a statement issued Feb. 11 from Bitcoin Foundation chief scientist Gavin Andresen on the suspension of withdrawals:

“You may have noticed that some exchanges have temporarily suspended withdrawals and wondering what’s going on or more importantly, what’s being done about it. You can be rest assured that we have identified the issue and are collectively and collaboratively working on a solution.

“Somebody (or several somebodies) is taking advantage of the transaction malleability issue and relaying mutated versions of transactions. This is exposing bugs in both the reference implementation and some exchange’s software.

“We (core dev team, developers at the exchanges, and even big mining pools) are creating workarounds and fixes right now. This is a denial-of-service attack; whoever is doing this is not stealing coins, but is succeeding in preventing some transactions from confirming. It’s important to note that DoS attacks do not affect people’s bitcoin wallets or funds.

“Users of the reference implementation who are bitten by this bug may see their bitcoins “tied up” in unconfirmed transactions; we need to update the software to fix that bug, so when they upgrade those coins are returned to the wallet and are available to spend again. Only users who make multiple transactions in a short period of time will be affected.

As a result, exchanges are temporarily suspending withdrawals to protect customer funds and prevent funds from being misdirected.”