by Suzanne Roy
Share this article
You successfully shared the article.
Close

Yes, for what feels like an eternity, Realtors® have been complaining about the user-friendliness of Top Producer’s Customer Relationship Management (CRM) system (better known as their 8i database).  To help ease the pains, I even went to the lengths of getting my instructor license for teaching Realtors® how to use Top Producer and created a Facebook Business Page (duly named “Top Producer Help“) which has in excess of 1700 fans.  But alas, the onslaught of frustrated feelings continued:

“It’s too difficult to use.”

“I have to click too many times to get something done.”

“It loads way too slowly.”

“When is it going to be available on the iPhone/Android?“

So what’s the big deal about the newest launch of Top Producer’s HTML5 platform?  And does the newest release make it really worth another try?

Yesterday, the notoriously antiquated Top Producer System (a real estate product of MOVE, Inc.), announced the launch of their open beta cloud-based app.  Created on the HTML5 platform (the newest of platforms that unifies all mobile devices), Top Producer is anticipating that this release will solve many (note, not all) issues Realtors® have voiced over the years and why they have previously chosen to stop, drop and run away from using it.

Let’s take a look at the updates: 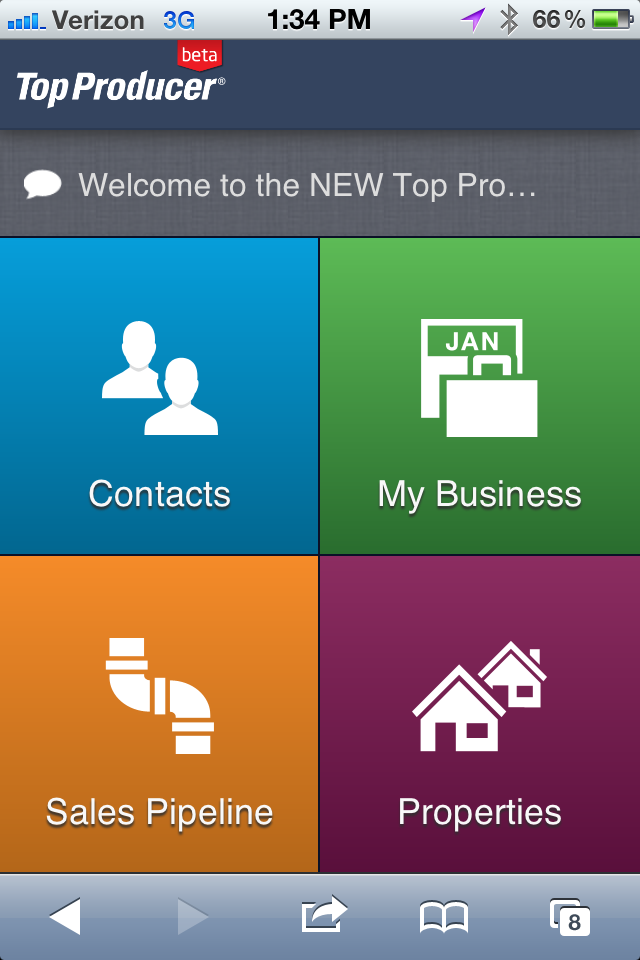 THE GOOD: By using the HTML5 platform, it matters not what device you are using – they all look and work the same.  iPhone, Android, Blackberry (touch screen), iPad and Notebooks all have the same app and work identically.  So if you’re like me and you use your Android while driving (I mean while at a stop light), and your iPad while the commercials are on, your interface is exactly the same.

THE BAD: It’s not truly an app – you can’t download it from the App Store.  You’ll need to go to https://www.topproducer8i.com/m/ and bookmark the site to access the Top Producer mobile version.  Maybe once the beta has run its course it will take the place of the existing App that is available in the App Store (but not one I would suggest using).

Here’s a screenshot of the new Top Producer Mobile platform on a desktop:

Here’s how to add a bookmark to Top Producer on your mobile device:

When you are logged into Top Producer Mobile (https://www.topproducer8i.com/m/) use the steps below:

iPhone – Tap the Go To 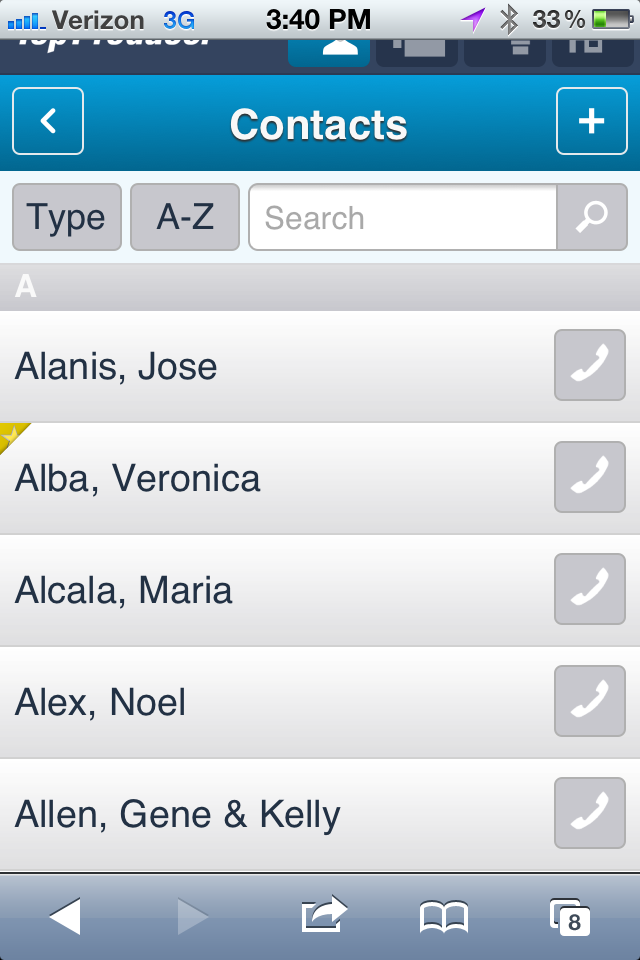 THE GOOD: No longer do you have to grab a coffee and chair before you get comfortable and find your next contact to call.  The new interface allows you to access a client’s information with the swipe of a finger – the ability to send an email, place a call, add a to-do are all right there.  No more seventeen clicks to find a phone number!

THE BAD: Want to add a new contact to a campaign or access presentations on the go?  No can do.  You’ll have to wait until you get back to your desktop and do it then – and do it on the “old” Top Producer 8i version. 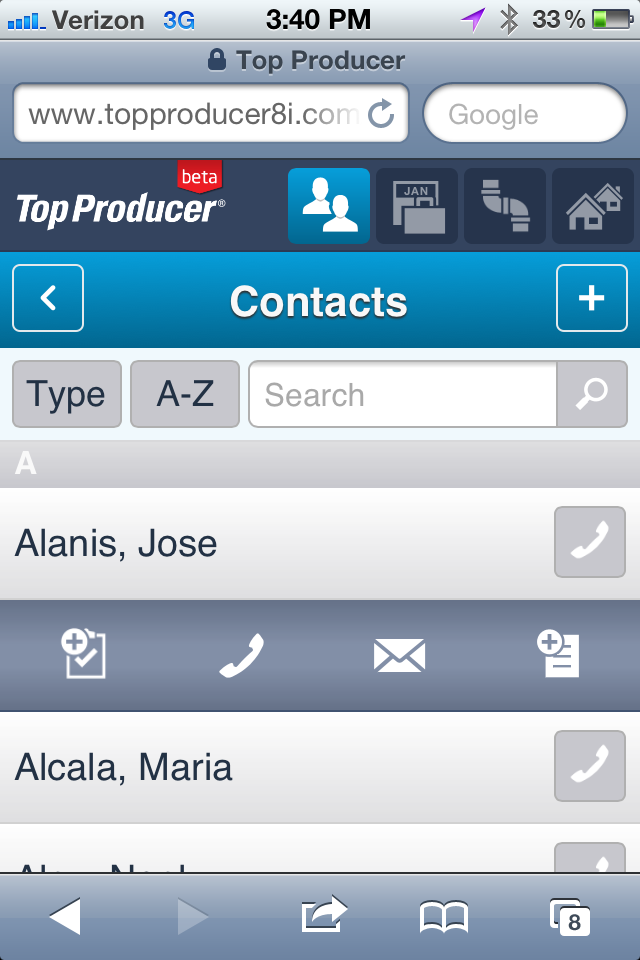 THE GOOD: Previously, the load time for the TP app was cumbersome to say the least.  Now, again due to the HTML5 version, its like they’ve morphed into the 21st Century overnight!  Kapow!  You have access!

THE BAD: Not all the features of the desktop version are available while on the go.   Speed:  Good.  Access:  Not so much.

THE GOOD: Virtual assistant, coach, delegator – call it what you want, but the Contextual Coaching aspect of the newly released version assists with your follow up and lead management.

You swipe your finger and send an email to a prospective buyer.  You press the send button.  The very next thing that pops up on your screen are the actionable questions: 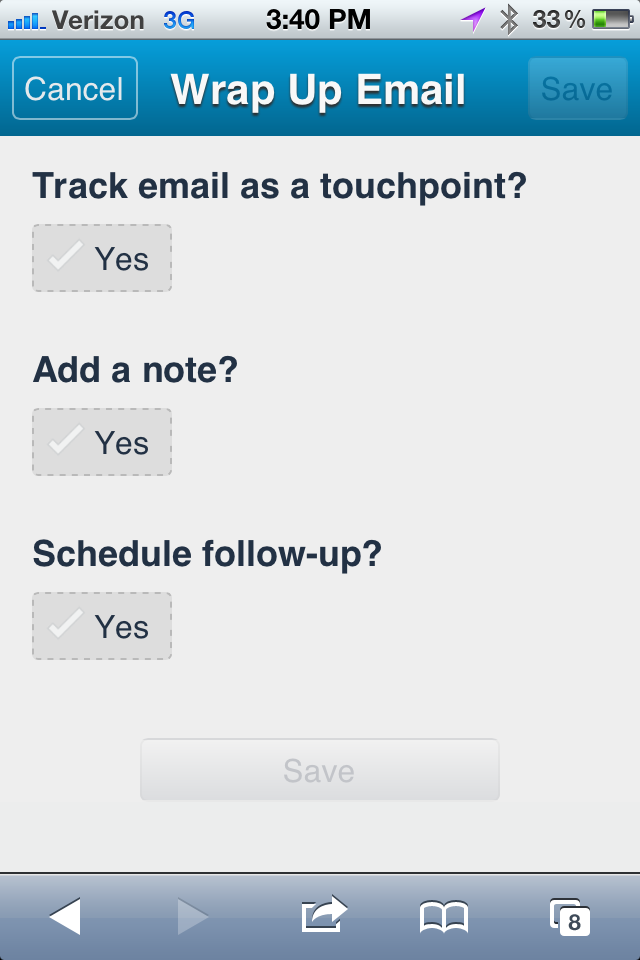 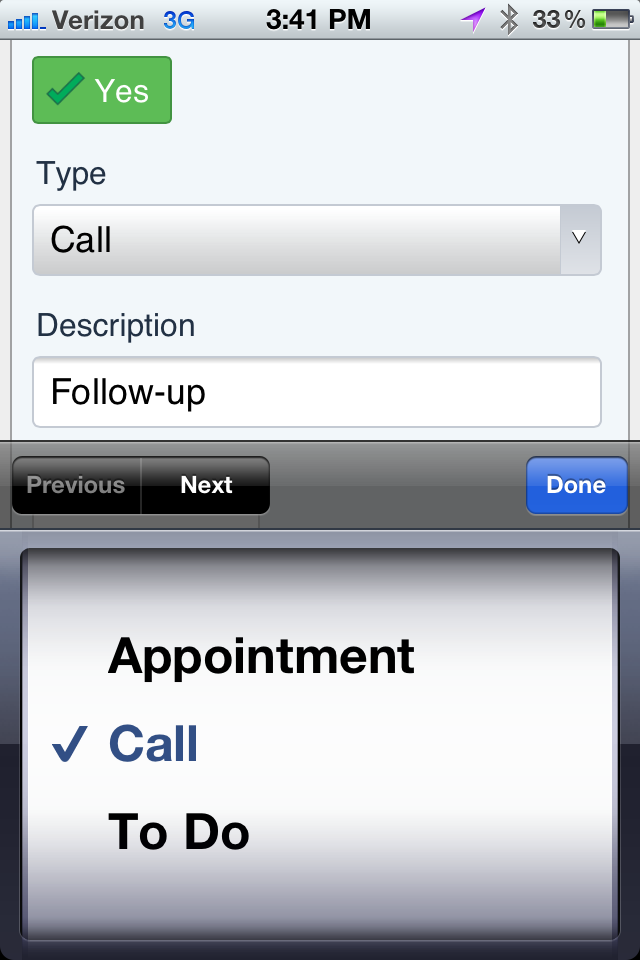 THE GOOD: Playing your A Game at all times is the number one rule for success.  This feature assists you in doing that.  One of the most common reasons that Realtors® do not gain more business and close more transactions is due to their lack of follow up.  Last report I read stated eight out of ten agents simply don’t do it.   If you can take the time to click a couple of buttons to keep on task with your leads, I think this may help those that struggle with this part of their business and their success.

THE BAD:  Like anything, you’ve got to use it or you’ll lose it.  Same thing applies here – you must take the time to use this feature or it serves zero purpose.  How many will ACTUALLY use this feature?  My guess is about two out of ten…

The Clock Is Ticking – Do You Know Where Your Lead Is?

An added feature that I haven’t seen in other CRM apps is the New Lead Timer (this isn’t what they call it, but it’s a pretty accurate description).

THE GOOD:  We’ve all read that a new online lead expects to be contacted within a few hours of their request for information (for the more savvy, its a few minutes).   So, you get a new lead and you are notified via text message of their request.  But, the nice thing is that Top Producer then adds a timer to the lead which will plain and simply show you how long they have been waiting to hear from you!

THE BAD:   For those that feel they don’t need these reminders, it may be an annoyance, but my opinion on this feature is that it’s more good than bad for those Realtors® that need an added push.

During my research of this article, I spoke with Stephen Pacinelli, National Director and Speaker with Move, Inc.  He hinted that there will be a syncing functionality added in a few weeks with both Gmail and Outlook.   So when a new contact or appointment is added to your 8i, it will also be automatically added to your Gmail and/or Outlook contact systems too. But you didn’t hear it from me…

So, is this enough to give Top Producer another try?  You’ll need to weigh the good and the bad and decide whether it will be a better fit for your business growth.

Now, what are you going to do?