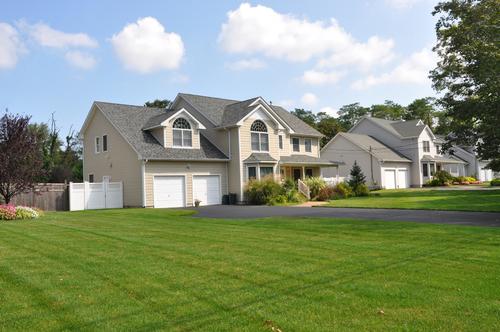 This post by Joe Manausa was originally published on ActiveRain. Joe is a real estate agent with Century 21 Manausa in Tallahassee, Fla. Contact Joe on Twitter: @HousingReporter.

There is a ticking time bomb hidden in the top end of the housing market that I don’t see the mainstream media addressing. And this is no hidden bomb — it is glaringly obvious and sitting right out in the open.

The question is not, “Will it blow up?” The simple question is, “What will the fallout be when it does explode?”

Do we still love our McMansions?

This is not a Tallahassee problem — this is a U.S. housing market issue that will be felt in most areas. Only the highest-growth, strongest economic areas of our country will be shielded from the blast when it occurs.

We have built too many McMansions; too many homes for an upper 10 percent of the market that is going to change dramatically when the trigger point is reached. As with any time bomb, you have to wonder just what is needed to make it explode.

The real estate graph above shows home sales in Tallahassee priced above $400,000. Five different price ranges have been displayed, showing the phenomenal growth of luxury homes in Tallahassee.

For our “out of town” readers who think $400,000 is too low to be called a luxury home, I will define “luxury” as the top 10 percent of the market. That means it could be far higher or far lower in your market area.

Top end of market was built on temporary mortgage market

The high-end homes market has changed a lot in the past 20 years. Its growth has been so significant that it warrants further study. Why?

Because we are in a market that has been buoyed by low interest rates for more than five years, and its impact on the top 10 percent of homes is staggering.

If you were told the graph above measured the number of known outbreaks of a deadly virus, you would say that we have a full-blown epidemic on our hands. Eight total sales in 1991 grew to 469 by 2006, which is a growth of 5,763 percent!

So then why has the luxury homes market grown by nearly that much?

The simple answer is low mortgage interest rates. The following graph shows how the federal government has manipulated interest rates to historically low levels in order to “fix” the housing market. The resulting mix of homes is not going to be fun to deal with when market rates return.

The graph above shows that current interest rates are about half the “normal” rate measured over the past 40-plus years.

The ticking is getting louder

So what is going to make this time bomb explode? Rising mortgage interest rates.

When rates return to normal (or heaven forbid … well above normal), the buyer pool for our largest homes will shrink to a level far smaller than the inventory of these homes in Tallahassee.

It will take many years of population growth to consume the plethora of McMansions that were built to satisfy the “low interest rate” demand that has existed for more than 10 years, but sustained over the past five years with historically low rates.

If you own a luxury home in Tallahassee and are thinking about downsizing, today is a good day to start. Interest rates are still low, the buyer pool is still fairly large and stable, and there is a respectable amount of liquidity to forecast a home sale date.