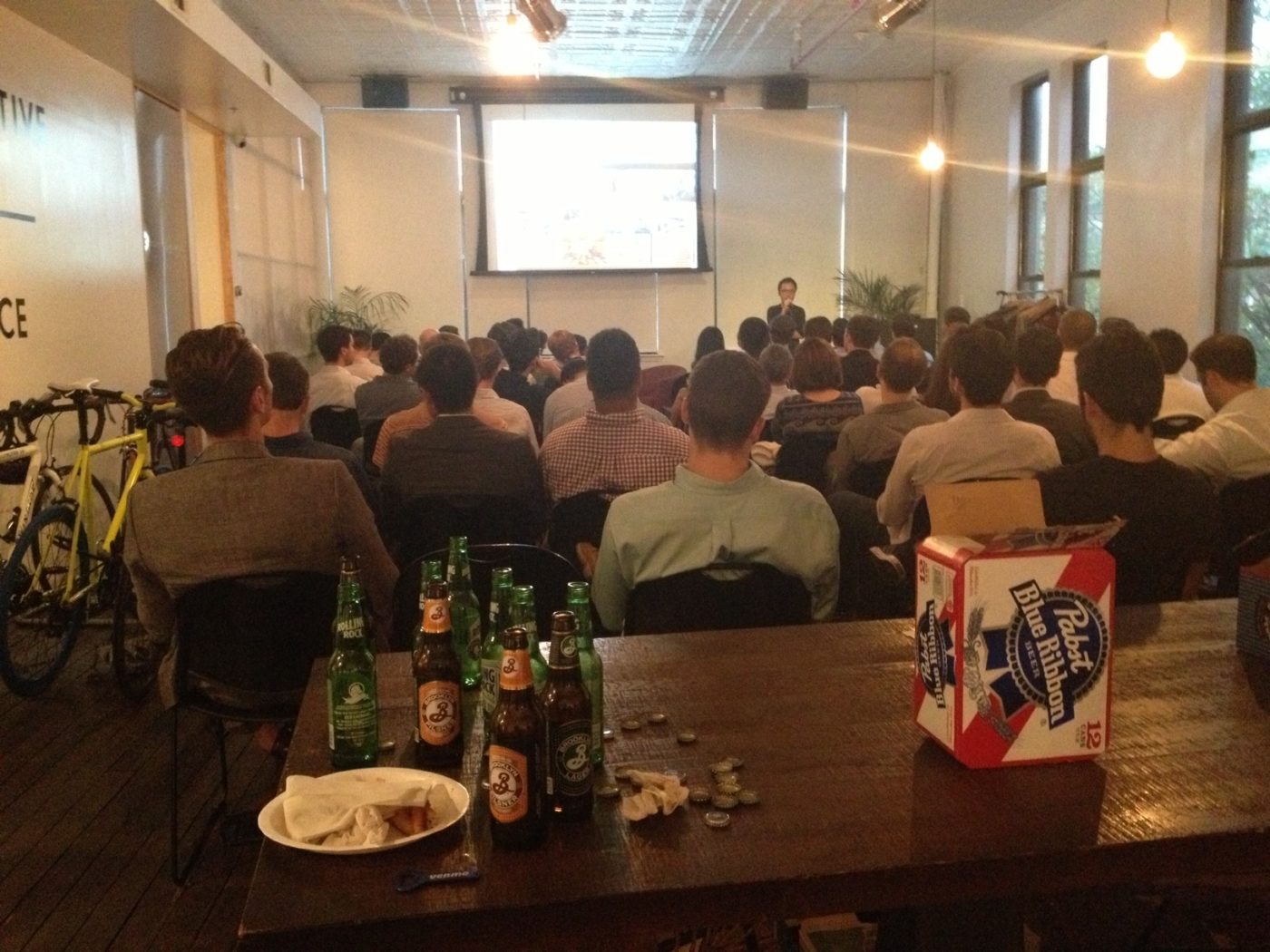 Adam Fleming, director of engineering at next-generation broker Urban Compass, said that, at first, he was skeptical about the concept of a real estate tech Meetup.

He doubted that more than, well, three people would actually show up. But at last night’s “NYC Real Estate Tech Startups” Meetup, he was delighted to learn that he was wrong.

“This is great!” he said, standing in front of a crowd of about 60 people just before demoing Urban Compass. “Holy cow!”

Fleming certainly isn’t the first attendee to have that reaction. Many are surprised by the number of people who turn out for the monthly event.

For months, it’s managed to attract a large number of entrepreneurs keen on bouncing ideas off like-minded go-getters and getting the scoop on the latest real estate tech products in development.

The event’s growing attendance — more than 400 people have joined the Meetup group — highlights New York City’s emerging role as a hotbed for innovation in the real estate tech space, and identifies its players as entrepreneurs who are not afraid to share their products or ideas with potential competitors.

Event organizer Zeb Dropkin, who is founder of RentHackr, said the Meetup has a simple goal: to show “the evolution of technology hitting real estate.”

The latest Meetup didn’t fail to disappoint in that regard. About 60 attendees converged on the co-working space Projective last night, where they schmoozed over pizza and Brooklyn Lagers and watched three startups demo their products.

Presenting before a crowd saturated with 20-somethings in button-downs, Eric Ho showcased his startup miLES, the “Airbnb or Zipcar for storefronts.”

More than 100 companies have applied to set up pop-up shops at one storefront that miLES is helping to temporarily rent out, the audience learned.

At the end of a presentation by a representative of Contactually, a customer relationship management system provider, James Wahba, co-founder and CEO of the event’s venue, Projective, asked if Contactually planned to beef up its analytics so that he could see (Wahba already uses Contactually) when people open the emails he sends through the platform.

“A big concern we have is being a little too much like Big Brother,” he said. “Our motto is: ‘Don’t be creepy.”

Contactually is an enrollee of Inman News’ Inman Incubator, a startup accelerator that offers a year’s worth of mentorship and up to $100,000 in promotional consideration to its enrollees, which may include brokers, technology companies, service providers, and others in the real estate industry with new, innovative products and business models.

And it wasn’t the only Inman Incubator enrollee to swoop in at the event. RentShare, a fellow class member, was represented by Chris Toppino, who is also an organizer of the Meetup.

Making the last presentation, representatives of the much-ballyhooed Urban Compass revealed that its phalanx of “neighborhood specialists,” brokers who are paid on salary and customer satisfaction, have earned the company a Net Promoter Score of 94.

How does that compare to the average Net Promoter Score of a traditional NYC broker, you ask?

The average score of a competitor is -56, according to Mike Weiss, co-founder and head of product at Urban Compass.

Are you aware of any similar events? Tell us about them!