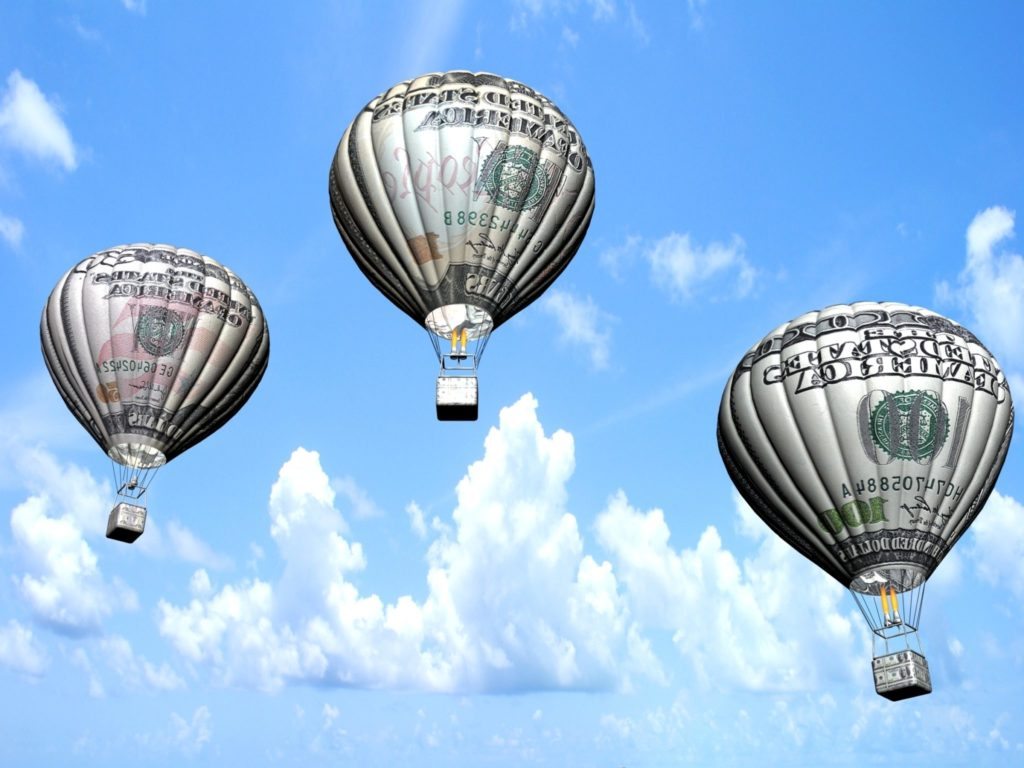 Zillow and Trulia are on a growth tear, their “market caps” — the value of outstanding common stock — soaring into the stratosphere in 2013. But like their older sibling, Move Inc., the companies have lost money, overall, since launching.

The three big listing portals all employ a similar business model — selling leads, advertising and tech services to real estate agents. And if Move has racked up a $2 billion net accumulated loss in its 20-year life, why do analysts think the younger startups will not only survive, but thrive?

The answer is projected growth, a focus on consumers, and faith in a new breed of management, analysts who follow the three companies say.

Their revenue might be less, but Zillow and Trulia’s blazing growth, both in terms of revenue and Web market share, trumps that of Move and realtor.com, which is operated by Move under a special agreement with the National Association of Realtors, through the second quarter.

The price of a share of Zillow stock has shot up 233 percent this year, and Trulia’s share price is up 158 percent. Move, too, is up 77 percent, as the housing rebound has stoked investors’ interest in many companies whose fortunes are tied to the real estate sector.

While Zillow and Trulia have demonstrated stronger growth, Kessler wonders if Move will begin to recapture some of the market share it’s lost to Zillow and Trulia in the last year and a half. In 2011, realtor.com and Yahoo Real Estate battled back and forth for the right to claim the title of most popular real estate listings portal. So far this year, realtor.com has held the third spot, behind Zillow and Trulia each month, according to Experian Marketing Services.

Recognizing that realtor.com faces stiff competition, the National Association of Realtors recently amended a long-standing agreement with Move governing the operation of the site. The amendment gives Move more flexibility to publish listings from sources beyond those provided by Realtors, including additional new homes and rental properties.

Launched with a laser focus on serving consumers, Zillow and Trulia have become the most popular real estate sites in the U.S.

All three sites have grown their Web market share from January through July, though Zillow has grown traffic to its site from desktop computers at more than two and a half times the rate achieved by Trulia, and more than four times faster than realtor.com, according to Experian Marketing Services.

Of the total 136 million hits the three sites had from desktop computers in July, just under 50 percent were to Zillow, a little more than a quarter to Trulia and a little below a quarter to realtor.com, according to Experian.

That growth in consumer eyeballs — which Zillow has been squarely focused on this year, with an increase in its marketing and advertising spend — helps explain the company’s valuation relative to Trulia and Move.

According to Experian data, traffic from mobile devices (excluding traffic from the firms’ mobile apps) over the same period shows the same relative pattern, although less of a lead for Zillow. Zillow grew mobile market share by more than twice what Trulia did, and three times as much as realtor.com in 2013.

In March, Move rolled out its first consumer-focused marketing campaign — “Find it First” — emphasizing the higher-quality listing data realtor.com gets with its direct listing feeds from 800-plus multiple listing services (MLS) across the U.S.

Realtor.com still has pretty strong “mindshare” (consumer awareness) and has a “materially better” product, Safalow said, thanks to the relationships it has with most U.S. MLSs. The direct listing feeds that realtor.com receives from MLSs allow it to boast that it has more accurate and timely listing data than Zillow or Trulia,

With its recent progress on improving its mobile offerings, “It doesn’t seem that realtor.com’s losing market share anymore,” Safalow said.

“It will be interesting to see what happens going forward for Move,” he said.

Both Safalow and Kessler said that Zillow’s popularity with consumers — with nearly a quarter of all traffic from mobile devices and close to twice the number of monthly hits to its site from desktop computers than its nearest competitor — leads them to be bullish on the firm.

Zillow and Trulia’s demonstrated ability to be quick to bring new products to market have given them real “quantifiable advantages” over Move, Safalow said.

Another factor that contributes to confidence in Zillow and Trulia’s stock has to do with leadership, Safalow said.

Zillow’s co-founder and executive chairman, Rich Barton, has founded and built a multibillion-dollar company before in the online travel site Expedia. Trulia’s co-founder and CEO, Pete Flint, while younger, has had a solid track record so far, he said.

Both Flint and Zillow CEO Spencer Rascoff have taken their companies public with wildly successful initial public offerings — a test of fire for any executive.

Move, which has been around since 1993, deals with some “legacy issues” related to its slow growth and years of unprofitability that make investors question its ability to be a leader in the market it once dominated, Safalow said.

Former Ask.com CEO Steve Berkowitz came on board in 2009, promising to make Move’s vast property records database and other information more accessible in order to attract consumers throughout the entire “homeownership life cycle.”

Berkowitz helped negotiate a 2010 amendment to the realtor.com operating agreement that allowed Move to run unbranded lead forms for buyer’s agents next to listings, which some brokers have objected to.

It remains to be seen if the latest amendment to the operating agreement, approved by NAR’s board of directors in July, will result in quicker, more nimble innovation than seen at the company in the past.

As was the case with the previous amendment, there’s been some grumbling from Realtors, who this time around worry that allowing listings from non-Realtor sources will lead to a dilution of the Realtor brand, and dent the site’s reputation for accuracy.

Though Zillow and Trulia are flying high, their dependence on third-party syndicators like ListHub and Point2 for a significant portion of their real estate listings puts them in a vulnerable position, Safalow said.

“If tomorrow ListHub or Point2 pulled their feeds, (Zillow and Trulia’s) stocks would get crushed,” Safalow said. Another analyst shared similar views with Inman News earlier this year.

The fact that ListHub is owned and operated by Move — operator of Zillow and Trulia competitor realtor.com — and that Point2 has made a push this year to limit third-party sites’ use of the data it syndicates adds to the vulnerability the two portals face on the syndication front.

Both Zillow and Trulia are making big pushes to get listings direct from MLSs and brokers, which is proving to be a daunting task.

Bob Bemis, hired by Zillow last year to improve industry relations, stepped down in July, citing frustrations that many MLSs remain unwilling to send listings directly to the portal.

Kessler thinks one unknown that’s important to the valuations of all three companies going forward is, “What’s the ultimate market here?”

It’s often said that no portal has signed up more than a fraction of the nation’s more than 1 million real estate agents and brokers, implying that there’s room for tremendous growth.

But many agents are part-timers with limited marketing budgets, and the pool of paying customers may prove to be smaller.