Two words — “net neutrality” — clogged news feeds and email inboxes after President Obama issued a policy statement that served as a reminder to real estate agents and prospective homebuyers that new rules for the Internet could have damaging effects.

The battle between Internet providers and users is swept up in legal terminology and years of ongoing debates. But simply put, new rules for the Internet could have a negative effect on real estate agents and prospective homebuyers.

Right now the Internet is open. That means all traffic online flows freely, no matter the website, volume of information or user. This is important, advocates of an open Internet say, because it promotes equal access, free speech and innovation in an online marketplace of ideas.

Internet service providers, or ISPs, such as Verizon or Comcast, have the power to control how fast or slow a website downloads, and what a user can or cannot see.

The Federal Communications Commission, which oversees and enforces rules for all the Internet providers in the U.S., has proposed rules to create a two-tiered Internet, one with “fast lanes” and higher download speeds, and another that operates more slowly. Companies would pay a premium to their ISP for faster download speeds.

“If the FCC’s proposal went into effect today, new and small businesses, who cannot afford to pay the fees, would instantly be put at a competitive disadvantage,” National Association of Realtors President Chris Polychron said in a statement.

Even sites like realtor.com, Zillow and Trulia would pay out undisclosed fees to make sure agents and homebuyers can download listings, especially those with photos and video, at the same speed they do today.

This could have a “chilling effect,” preventing hundreds of thousands of listings from being viewed with equal respect to the sites paying premiums, NAR maintains.

President Obama championed net neutrality in his 2008 and 2012 election campaigns, and last week the White House announced its position that “there should be no gatekeepers between you and your favorite online sites and services.”

Although the FCC makes decisions independently of the White House, President Obama drafted a plan that included four principles he hopes the agency will get behind. They include:

FCC Chairman Tom Wheeler is not completely sold on Obama’s plan, the Washington Post reports. Telecommunication companies want to create new business models and, aside from Obama, Wheeler also has to consider the interests of the public and Internet service providers.

After presenting his plan this week, Obama added, “The Internet has been one of the greatest gifts our economy — and our society — has ever known … and I respectfully ask them to adopt the policies I have outlined here, to preserve this technology’s promise for today and future generations to come.”

Will Google abandon 'net neutrality' as it dons ISP hat? 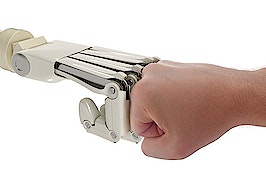 ‘Internet of Things’ could be most disruptive to real estate 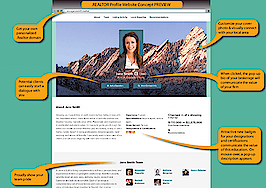 It's official: NAR to manage new '.realtor' top-level Internet domain
Back to top
Only 3 days left to register for Inman Connect Las Vegas before prices go up! Don't miss the premier event for real estate pros.Register Now ×
Limited Time Offer: Get 1 year of Inman Select for $199SUBSCRIBE×
Inmanpot
Log in
If you created your account with Google or Facebook
Don't have an account?
Create an Account
Forgot your password?
No Problem