After several years of trying and 25 years as separate entities, The Litchfield Company Real Estate and Litchfield Beach and Golf Resort have merged once again as a powerhouse in the South Carolina real estate industry.

But both companies understood their role in the community and the impact it could have on the region if they were able to form together again.

“The Litchfield Company decided to partner with Litchfield Beach and Golf Resort due to the success and market penetration that they already had within our marketplace, their skill set and their superior reputation for delivering outstanding customer service,” said Royce King, CEO of The Litchfield Company.

“These are all things that we want to continue to deliver to our customers, and this merger was an ideal fit to do so.”

As the largest real estate brokerage along the Waccamaw Neck, The Litchfield Company has played a role in the massive development of the region with resort communities such as Litchfield by the Sea, Litchfield Beach and Golf Resort, The River Club, The Reserve Harbor Marina and more.

When the two companies split in 1990, The Litchfield Company sold Litchfield Beach and Golf Resort to Myrtle Beach National Company and lost some of its rental and marketing management assets. It’s been a long time coming for the companies to merge back together in attempt to offer area residents and travelers a more comprehensive and well-rounded experience of buying and renting vacation properties.

“This merger represents an opportunity for us to better serve and meet this area’s real estate needs,” King said.

King believes that this merger is allowing the company to get back to its roots, but things are somewhat different than they were before. Not only has the region itself developed with more shopping and dining amenities, the Litchfield by the Sea resort was remodeled.

Today, the company is the largest real estate sales and vacation rental management company in the Carolinas.

King said that one of the biggest benefits for the company today is the large portion of vacationers who come to visit the region and will one day purchase real estate there.

“Based on this, marketing wise, it is extremely significant to have access to these potential vacationers that may one day call the area home.”

The future holds more expansion for The Litchfield Company, according to King. Hoping to expand throughout the coastal Carolina region, he says, is going to boost their business as more people are relocating to the region. 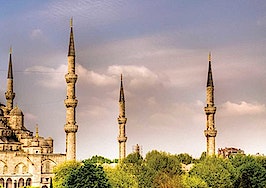 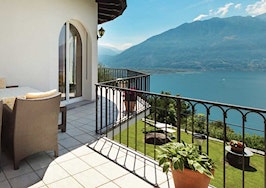 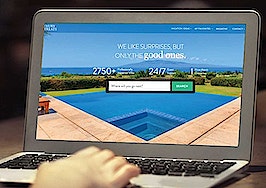 Luxury Retreats gets a boost from growing interest in short-term rentals
Back to top
Only 3 days left to register for Inman Connect Las Vegas before prices go up! Don't miss the premier event for real estate pros.Register Now ×
Limited Time Offer: Get 1 year of Inman Select for $199SUBSCRIBE×
Inmanpot
Log in
If you created your account with Google or Facebook
Don't have an account?
Create an Account
Forgot your password?
No Problem