With rents on the up-and-up, we took a look at California cities to see how they fare, and Los Angeles continues to be one of the most expensive cities in the state as well as across the nation.

Los Angeles rent no. 3 most expensive in California

Los Angeles was the third most expensive California city with average prices of $2,650 for a two-bedroom and $1,900 for a one-bedroom apartment.

LA no. 3 most expensive California city

These prices make for a stark comparison against San Francisco ($4,760 for a two-bedroom and $3,520 for a one-bedroom), at a $2,110 and $1,620 price difference, respectively. Those savings could go toward monthly payments on a new Range Rover or even get you a second apartment!

The City of Angels experienced the third-fastest year-over-year rent growth among California cities, at a 6.7 percent increase. This put LA behind Anaheim (9.2 percent) and San Jose (8.9 percent), barely ahead of San Diego (6.4 percent), and well ahead of Sacramento (3.1 percent).

Los Angeles home values are increasing faster in the city vs. suburbs 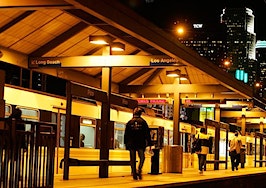 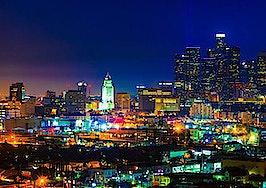 Is affordability the unicorn in Los Angeles real estate?
Back to top
Keep up-to-date on tools and tactics to impress your clients and outshine your competition with the 2022 virtual bundle.Register Now×
Agent Appreciation Sale: Inman Select for only $85.CLAIM OFFER×
Inmanpot
Log in
If you created your account with Google or Facebook
Don't have an account?
Create an Account
Forgot your password?
No Problem