Heard the one about the three real estate agents who walked into a comedy club?

Probably not. But maybe you will, someday.

Take Alisha Braatz, who isn’t entirely kidding when she says she’d love to be the "opening act" at the National Association of Realtors’ annual convention. By day, she sells houses in Eugene, Ore. Several nights a month, she’s at the microphone at local comedy clubs, making jokes about her family — and her job.

Heard the one about the three real estate agents who walked into a comedy club?

Probably not. But maybe you will, someday.

Take Alisha Braatz, who isn’t entirely kidding when she says she’d love to be the "opening act" at the National Association of Realtors’ annual convention. By day, she sells houses in Eugene, Ore. Several nights a month, she’s at the microphone at local comedy clubs, making jokes about her family — and her job.

Or Erin Livingston Carroll, a Methuen, Mass., agent who performs in clubs around New England two or three nights a week, poking fun at how the neighborhood where she grew up has changed or taking a gentle whack at the infidelities of Sandra Bullock’s husband, Jesse James. 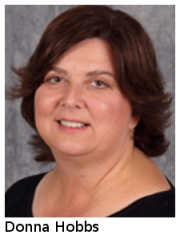 Or Donna Hobbs, who spent a dozen years full time in the comedy world, doing standup and booking other acts for clubs, before wearying of life on the road. Now an agent for Heritage Texas Country Properties in Brenham, Texas, these days she takes comedy gigs only occasionally — mostly at private functions — though she’s thinking about dusting off her act and giving it another go.

"Comedy is one of the things that keeps me sane," Hobbs says. "When you only get paid on commission, you gotta laugh."

Though none of the three is about to shed their day jobs, they acknowledge that getting laughs has been a motivating force in their lives. Hobbs and Braatz both got their comedy starts writing humor columns for local papers.

"Back in ’89 or so, I started a column called ‘Unattached Female’ for the Texas Citizen in Brenham," Hobbs says. "It was a ‘Country Girl’s Sex and the City’ kind of thing."

And Braatz wrote a weekly humor column that ran in the real estate section of the newspaper in Bend, her hometown — not that it helped her real estate business, that she’s aware of. 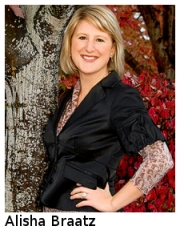 All three say they took a formal step toward the comedy stage when they took classes in humor-writing at local colleges.

"The man who taught the class taught standup, and the first thing he taught me was: Write about what you know," Hobbs recalls. What she knew, she says, was the town of Chappell Hill, population 300.

Pause. "’We also like ‘Dukes of Hazzard’ — we think it’s a documentary."

"And we love ‘Jeopardy!’ but we don’t understand why they don’t have questions on livestock and farm animals and cousins."

Braatz says that although joke-telling is something that can be learned in an academic setting, it’s much harder to take it to the next level, delivering lines to a live audience. …CONTINUED

"Everyone can learn the basic structure of a joke — it’s like writing an essay: beginning, middle, end," says Braatz, who relocated to Eugene from Bend last year and took the class as a way to ease into her new community.

"But knowing how to put it together is just 50 percent of how funny you are," she says. "It’s timing, and it’s also the comfort level you have in front of people — that desire in your heart to have the microphone in your hand."

The three began at open-mike nights at local clubs, where all-comers could get five minutes on stage to test their material. Then they graduated to paying gigs, though Carroll says that sometimes "paying" was a generous description of her earnings.

"It’s like real estate — getting into the business, you make nothing for at least two years," Carroll says. "People would say, ‘You made 50 bucks to do 15 minutes?’ I’d say, ‘Sure. Absolutely, I do this for love.’ " 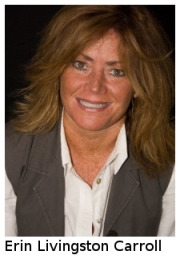 Carroll, an agent for Coco Early & Associates, says that real estate isn’t a primary focus in her routines, though she’s working on some material about people she has encountered in her industry.

That’s touchy, though — she doesn’t want to get sued, she says.

"A lot of people don’t like Realtors. A lot of them develop a certain air about them," Carroll says. "Some are nice and down-to-earth, and others are hard to work with sometimes. I’m trying to work out some material about uptight Realtors, but I don’t want to offend anybody."

And Hobbs, who says her writing these days focuses more on screenplays, says she mines the humor of life in general, rather than her experiences as an agent.

"But this business, it writes itself every day," she says. She cites her experiences helping nudists look for land to buy, or her baffling habit of falling literally flat on her face — twice — while showing properties to one particular client.

Braatz, on the other hand, says she milks it. In the middle of her routine, the agent for RE/MAX Integrity pauses and begins handing out her business cards to the audience.

"The most laughs I count in the whole set is when I take out my cards," she says. "I’m playing off a stereotype, that we’re all sharks in a pond. So many people say horrid things about real estate agents, I’m helping myself deal with it by laughing at myself."

The three geographically disparate agents have never met, nor have they ever heard of one another. Carroll says in the two years she’s been doing standup, she hasn’t encountered any other agents who also tell jokes onstage.

"But I have run into agents who say, ‘I’m really funny and everybody tells me I should do it,’ " she says. "I say to them, ‘Go to an open mike and test yourself.’

"But you’ve really got to bring it," she says. "It’s not enough just to be funny."