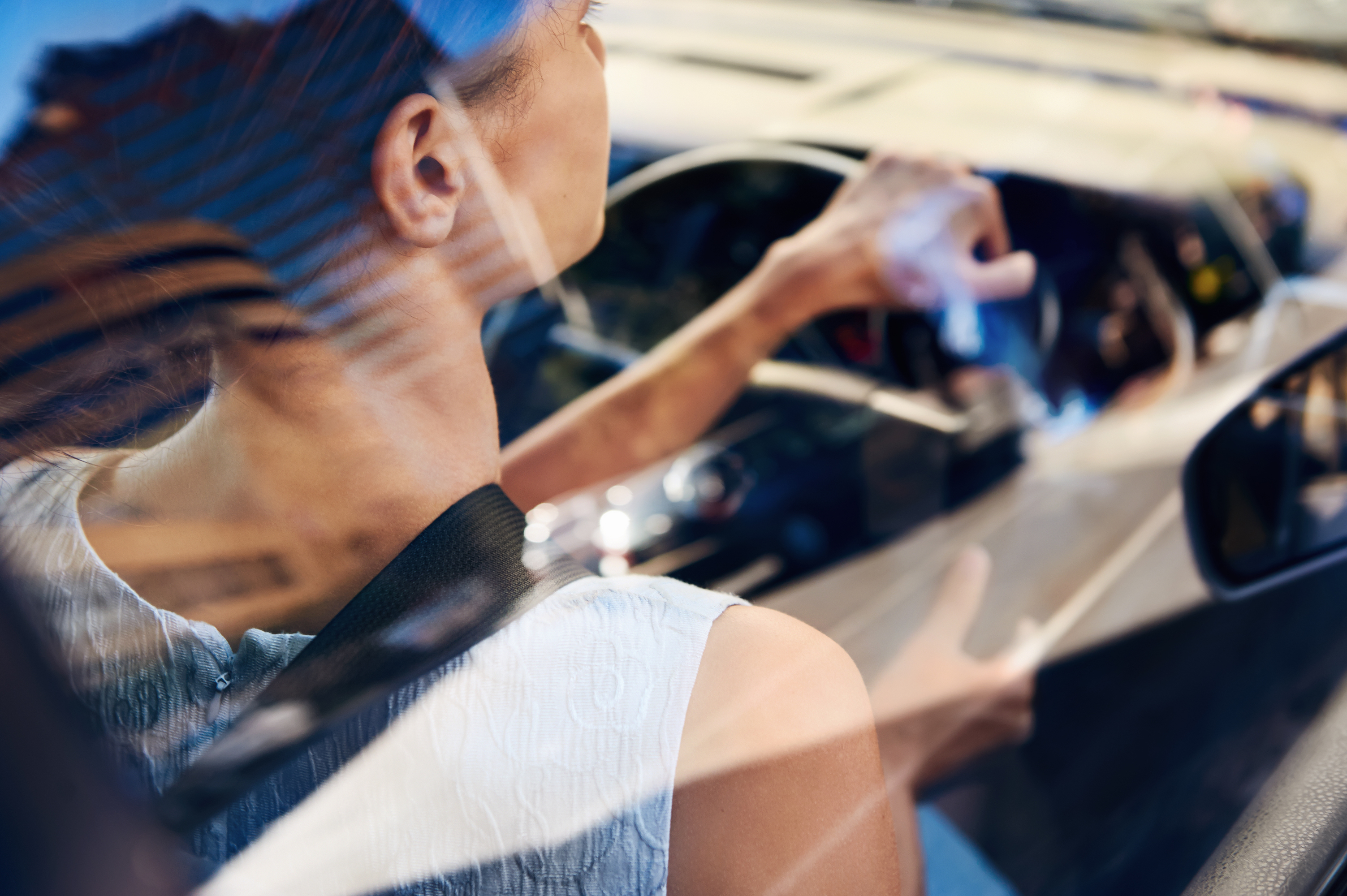 It was a curious outburst, considering that those who toil in the real estate industry are his bread-and-butter. Siciliano is a Boston-based speaker on personal security who estimates he makes 50 presentations a year to agent groups about how to protect themselves on the job.

To be fair, he wasn’t talking about his perception of some industrywide mental impairment. Rather, Siciliano was decrying as “nuts” the widespread practice among women agents of plastering their photographs on their business cards, on for-sale signs, on grocery carts, on billboards, etc.

He’s particularly bothered by the ones that are outright glam shots: He thinks they’re inviting trouble.

“Their style of dress, the way they market themselves — oh, my God,” he said. “You wonder what they’re actually selling. They have the same photos on Match.com as on their business cards.”

Siciliano has made a career out of this kind of lively bluntness, puncturing real estate agents’ attitudes and some business practices that he believes amount to courting disaster.

The author of “The Safety Minute: Living on High Alert; How to Take Control of Your Personal Security and Prevent Fraud,” he’s now a consultant for ADT.com, blogging on safety issues at www.homesecuritysource.com.

In his broad Boston accent, he lectures widely not only on personal safety, but also on identity theft and on computer, ATM and telephone security.

But his resume doesn’t contain stints on some police force or on the security staffs of major corporations or of security companies, he said — rather, Siciliano described himself as a “street survivor” in Boston, a school-of-hard-knocks guy who has been interested in personal security and self-defense most of his life.

He’s taught karate and kick-boxing, and he’s worked as a personal bodyguard and a barroom bouncer — his was not a genteel youth, he said.

“I’ve been punched in the face more times than anybody I know,” he said.

He said he became interested in real estate agents’ personal security at the age of 19, when he was looking to buy inexpensive properties in high-crime, depressed neighborhoods around Boston.

One day, he said, they were looking at a vacant building that was for sale.

“I said, ‘I want to go into the basement and look at the mechanicals,’ and she said, ‘OK, go ahead,’ ” Siciliano said. He wondered why she didn’t come with him.

What he found in the basement was a group of people who had broken into the house and were smoking crack. He screamed at them, he said, and they tore past him to get out of the house.

“I saw first-hand what she got herself into,” he said. “So I started to teach agents.”

Basements, with or without crack addicts, rank high on his list of agent no-nos, Siciliano said. Many basements have only one way out, and an unwary agent risks being trapped, should their client turn out to be an evil-doer, he said.

“Certainly you want them to know the benefits of the basement, its high ceilings, concrete floor, plumbing fixtures for another bathroom, water-heater upgrade — but do you really have to go down there to do it?” he said.

Agents who are holding open houses should never be in the house alone, he said. Further, if unrelated groups of people enter an open house, the agent should ask them all to tour the house together; that way, the agent’s attention isn’t divided and there’s less chance that a visitor could pilfer household objects, he said.

And when showing a house to a stranger, have that person walk in front of the agent, he said.

“Keep your back to the exit, as opposed to you getting backed into a corner,” he said.

Above all, if an agent sees someone steal or attempt to steal something from a house, don’t try to be a hero, he said.

“In my presentations, I ask the audience, ‘What would you do if you saw somebody steal something?’ ” he said. “You’d be amazed at how many people say, ‘I would tell them to put it back.’ ”

Forget that, he said. Instead, get the heck out of the house.

“You’ve got some crack-head in your open house and you’re telling him to put that back,” he explained. “He’s got a decision to make. He puts it back and obeys you, or he desperately needs his next fix and he pulls a razor blade out of his pocket and he slices you up in order to get it.”

Put safety over stuff, he said.

“You’d be surprised at how many people say, ‘Leave the house with the guy still in the house?’ ” Siciliano said.

“Well, yeah. Why would you stay at a bank when it’s being robbed?” he asked. “Realtors believe that they have some type of fiscal responsibility to the homeowner (in these cases), but they’re putting their lives in jeopardy for someone’s house — for their stuff.

“If you sense danger, get out of the house.”

Siciliano said he stops short of advising agents not to conduct open houses at all.

“My philosophy is to manage risk,” he said. “There’s an inherent risk in being a real estate agent, no matter what you do. I provide perspective — that ultimately is my job. The chances of this happening are slim, but there’s a chance. If something was to happen, you need to know what to do and how to respond.”

But after many seminars, he suspects there’s a broad wave of denial of potential risk in the industry, possibly rooted in the fear of losing a sale.

Though he and others who have participated in the National Association of Realtors’ annual National Safety Week events have long hammered away at agents to require unknown, would-be clients to come first to their offices (as opposed to a listing) and to produce identification, it’s usually not standard practice, he said.

“Why do you suppose they wouldn’t ask? They don’t want to offend people,” he said. “That’s the stupidest rationale in regard to your personal security.

“That’s nothing more than old-school, antiquated thinking,” he said, and he believes it’s age-related — the generation that came to adulthood after the Sept. 11, 2001, terrorist attacks regards producing identification as a fact of life more readily than people over 40, he said.

But that same younger generation also has lulled agents into revealing too much of themselves on social media sites, blurring the personal and the professional in a way that reveals vulnerabilities, he said.

He acknowledged that real estate is a relationship business, where potential clients online might find an affinity with an agent who has a specialized niche — such as, say, raising horses and selling equestrian properties.

“If you have a specialized niche, that’s all fine,” he said. “If you’re an equestrian, you want to talk about that, but don’t say online, ‘My kids and I love this trail, we go there every Sunday morning.’ ”