A rising trend of super-efficient, solar-powered new homes allows homeowners to combat rising energy costs by giving back to the power grid. Some owners are even realizing a small profit from their home’s power-generating capacity.

Intelligent house layout and design, and home features such as dual-pane windows, air-tight ductwork and high-caliber wall and attic insulation, are curbing energy consumption. And when coupled with solar energy, captured through photovoltaic panels, these homes are becoming their own mini power plants that feed electricity to the grid.

In 2009, U.S. homeowners paid an average $2,200 for energy use in their homes, according to the U.S. Department of Energy. A growing number of homeowners have the opportunity to erase that cost. 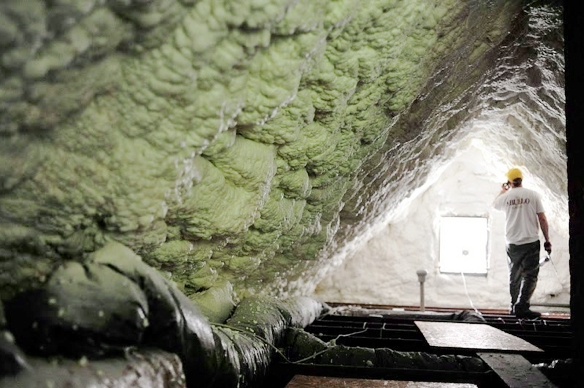 High-caliber insulation, like the attic-coating foam above, are among the products that contribute to energy efficiency. Photo/Ryan J. Stanton

"It’s too good to believe," said Dave Spencer of his net-zero-energy home in Gainesville, Fla. Last month, his energy bill was $2.01 — and that was just because of service fees — after receiving more than $10 in credit for energy his home generated.

Both semiretired, Spencer and his wife, Sandy, moved into the 1,752-square-foot home last October and have not paid for any energy yet, he said.

Sounds too good to be true?

The Spencers’ new home is part of a niche, though growing, segment of the U.S. housing market — net-zero-energy homes, many of which use solar energy to achieve net-zero energy use vs. consumption, and thus achieve a year-end positive energy generation-to-use balance. 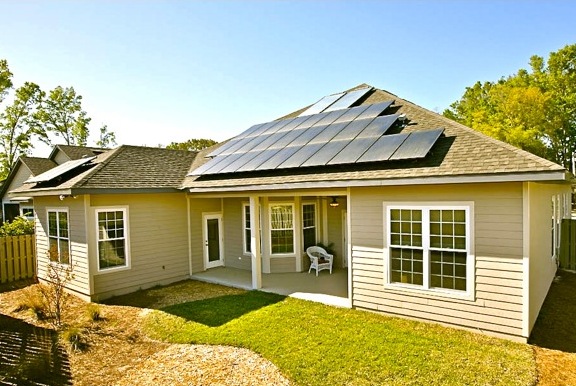 As of February 2012, 37 homes have been rated net-zero energy or better on the industry-standard Home Energy Rating System e-scale of the U.S.-standard auditor. This number could grow 1,000 percent or more in 2012 if projects continue as planned.

"Interest has been off the charts," said Todd Louis, vice president of Tommy Williams Homes, the Florida-based building company that built the Spencers’ home. So far, the company has built and sold four, and has plans to build 35 to 40 more in 2012.

The price of their net-zero-energy homes are still $30,000 to $40,000 higher than those that are not net-zero-energy, said Williams, but that margin is dropping with a decline in photovoltaic costs. The Spencers paid $250,000 for their home.

Shea Homes, a large builder in the West, announced last month that it plans to make net-zero-energy or near-net-zero-energy homes the standard model for new homes in all 10 of its retirement communities in Nevada, Florida, Washington, California and Arizona.

If interest in the communities mirrors last year’s level, that could mean 500 to 600 solar-paneled, high-efficiency homes, more than 80 percent of which will be net-zero energy, said a Shea Homes spokesperson. (To achieve net-zero energy, solar-power-enhanced homes have to be on lots that allow a certain amount of sun exposure.)

Don Asay and his wife bought one of the new Shea Homes, which feature blown-in cellulose wall insulation, dual-pane windows, a 20-amp outlet for an electric car in the garage, and solar panels, when he heard about the solar deal. He was already looking at a house in a Las Vegas-area 55-plus community built by Shea Homes.

Shea Homes has long featured extremely energy-efficient designs, though the upgrade to solar panels could be costly — around $30,000, said Asay. He and his wife were considering the upgrade, but when the announcement was made that the new net-zero homes, with solar, were only $7,000 more than the previous base model, they jumped: "Sign us up."

Nexus EnergyHomes, in the Northeast, has already built hundreds of single-family net-zero homes in Philadelphia’s museum district, in South Carolina and Maryland, and has plans for hundreds more, including an exclusive, net-zero-energy, 59-home subdivision in Frederick, Md.

Net-zero-energy homes are at the leading edge of the U.S. green building trend, which has blossomed with rising energy costs; accessible, affordable home-efficiency building technologies; and a growing sustainability-minded consumer base.

A recent Yahoo Real Estate report found that 50 percent of 1,545 U.S. adults polled said being green is a requirement of their dream home.

The market is listening.

"The paradigm of construction is changing," said Philip Fairey, researcher at the Florida Solar Energy Center, an important partner in the recent growth of the net-zero-energy home movement. "Now, greater efficiency doesn’t cost you more," he said.

And the cost of solar energy, he added, has dropped 50 percent over the last two to three years — from about $8 per watt to $4 per watt. 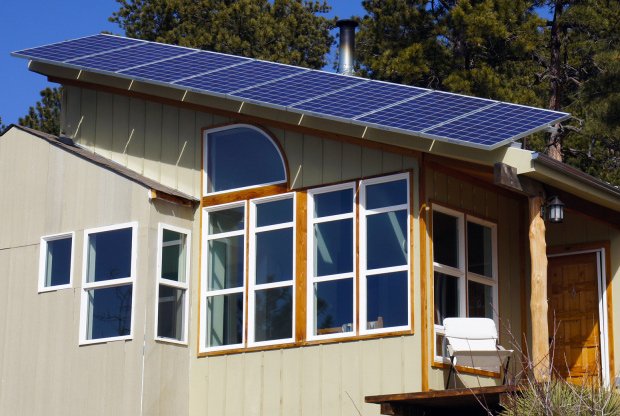 "It’s not a huge trend yet," said green homebuilding consultant Carl Seville, "but it’s growing slow and steady." Right now, there are pockets of demand like Austin, Texas and the West Coast, he said, but the movement is slowly spreading.

Some multiple listing services, like Chicago-area’s Midwest Real Estate Data did recently and a growing number of others around the U.S., are adding verified green features to their listings, making an investment toward a net-zero-energy home more easily recognized by prospective buyers.

It’s not so much that homes are generating so much more energy with photovoltaics, said Seville, but rather that builders are becoming more savvy about home design and energy efficiency.

Homeowners can do some simple things to make their homes more efficient. For about $1,000, said green-home consultant Jerry Yudelson, homeowners can transform their home from poorly performing to within the top 10 percent echelon of energy-efficient homes.

Start with insulating walls and ceilings, he said, then go for windows; both steps will minimize "energy freeways." And then consider energy-efficient appliances, like Department of Energy-rated Energy Star-designated models, he said.

Then there’s behavior. "It’s the single largest issue," said Seville. Turn off lights when not in use. When it’s nice outside, turn off the thermostat and open the windows for fresh air. Practice minimal heating and cooling use.

And beware of vampire loads: connect TVs, VCRs and other electronics to a power strip, and control their operation through it. For example, the average TV uses half its electricity over its life when off, he said.

With an influx of federal money for research, and federal tax credits that refund up to 30 percent of the cost of a solar-energy system on a home through 2016, power generation is within reach for a larger group of homeowners.

Homes rank second behind vehicles as the highest greenhouse gas emitters in the U.S., responsible for 17 percent of total U.S. carbon dioxide emissions, according to the EPA.