Elle Zober of Beaverton, Ore., could never have guessed that the sign she put in her front yard advertising her home sale would turn her into an overnight media sensation.

But here she is, practically a household name, and her sign (pictured above), which she put up in early July, is recognized from coast to coast.

Editor’s note: The following item is republished with permission of AOL Real Estate. See the original article: "Homeseller Elle Zober’s ‘Husband Left Us’ Lawn Sign Gets Attention — But Not All Good."

Elle Zober of Beaverton, Ore., could never have guessed that the sign she put in her front yard advertising her home sale would turn her into an overnight media sensation.

But here she is, practically a household name, and her sign (pictured above), which she put up in early July, is recognized from coast to coast.

It reads: "Husband left us for a 22-year-old … House For Sale by scorned, slightly bitter, newly single owner."

"We just thought it would be a funny thing that people would share locally," Zober, a 37-year-old mom, told AOL Real Estate, referring to herself and her ex-husband, whom she divorced after his affair. 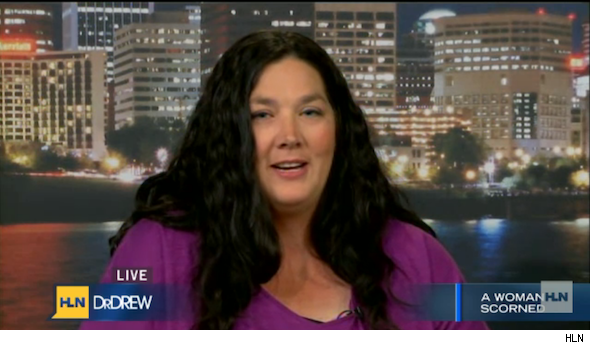 Then, she and the sign ended up on national TV shows and in headlines across the country. One thing is for sure: She wanted to draw attention to her house, and she got it. However, it’s not necessarily the kind of attention that’s getting her house sold.

She’s gotten dozens of phone calls and even more emails, but only four are from "people who have actually called about the house," Zober said. "The rest are press or people who want to talk about their own experiences [related to affairs]."

There are also bullies who "tell me I’ve gotten what I deserve," she said.

It might sound like an ingenious idea to use a personal storyline like Zober’s to spike interest in the sale of your home. But it can just as easily backfire. You might find, as Zober has, that the attention gets turned on you — rather than the house you’re trying to sell.

"You’re airing your dirty laundry," said Cara Ameer, a broker associate at Coldwell Banker Vanguard Realty in Ponte Vedra Beach, Fla. "You have to be really careful when you have personal circumstances … People might sense a desperate situation, and you don’t want people to take advantage of you that way."

Interested buyers, for example, could lowball their offers if they think that you’re in a bad situation and are desperate to unload your house, Ameer said.

"But in positive situations, [using personal appeal] is definitely to your advantage," she added. Ameer often creates listing videos featuring the owners of the homes she represents.

Zober’s situation isn’t necessarily desperate but, nonetheless, she wishes that — at least while she has a home on the market — more people would ask about her house instead of her divorce.

"I don’t know that I would do it again," Zober said of her unique sign. "And if it doesn’t sell the house, I definitely wouldn’t do it again."

She did get an offer from an interested buyer this week, but the deal is far from finalized.

In the meantime, all of Zober’s unexpected attention has done something good: It’s made her a folk hero.

"I’ve made a human connection with millions of people — that is super-weird!" she said. "But this was never about getting attention."

So once the house does finally sell, what will Zober do with the sign that has made her famous?

"Maybe I’ll auction it off," she said.