Housing starts, though dipping 1.1 percent in July from June, were up 14.2 percent on a year-over-year basis, continuing a steady upward trend.

Housing starts, though dipping 1.1 percent in July from June, were up 14.2 percent on a year-over-year basis, continuing a steady upward trend.

July also saw the most single-family construction permits filed by builders (513,000) since August 2008, according to the National Association of Home Builders.

Housing starts have been rising on an annual basis since September 2011 and are now 56 percent above their trough in April 2009 — 478,000 — according to census records dating back to January 1959. 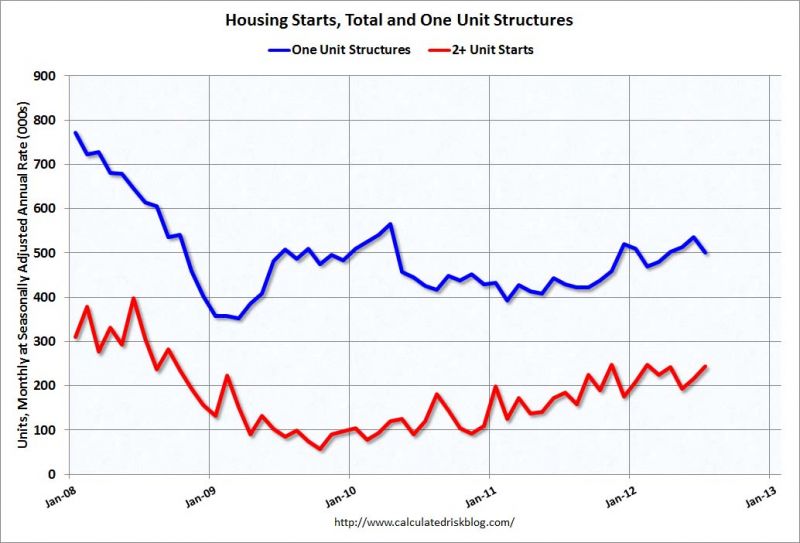 The sustained housing-start improvement over the last several months "confirms that recent previous increases are part of a sustained trend, not a temporary blip," said Jed Kolko, chief economist and head of analytics at real estate search portal Trulia.

Calculated Risk’s Bill McBride credits the lack of new construction during the housing downturn with helping spur a recovery this year.

"The last four years have seen record low completions, and 2012 will also be very low. This low level of completions means that a significant portion of the excess vacant housing supply has been absorbed. And completions in 2012 will still be very low even with the 20-plus percent increase in housing starts." 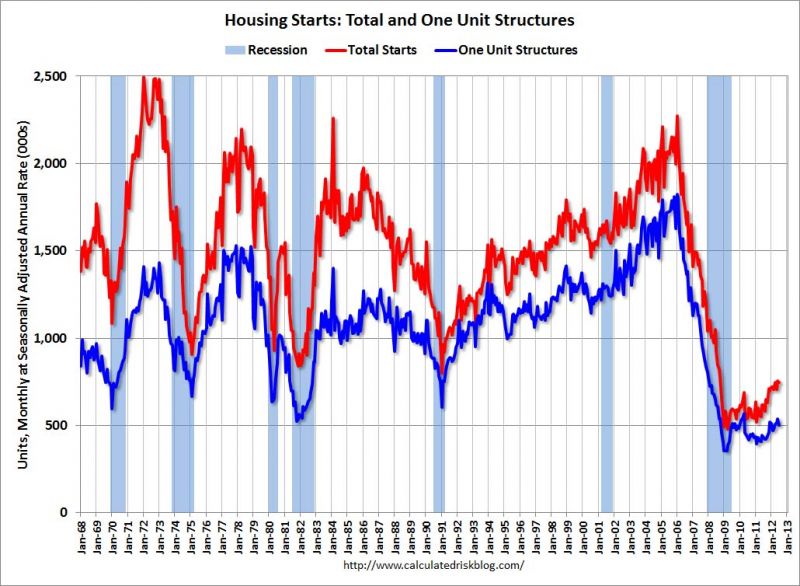 The Northeast was the only region to see housing starts decline on a yearly basis, by 10.5 percent to 77,000.