Seattle-based brokerage Redfin launched a Pinterest-like tool today that allows users to create themed collections of photos culled from multiple listing service-sourced listings in the 19 markets where it operates.

Unlike Pinterest, where images can come from a wide variety of sources, the photos in Redfin’s new "Collections" photo tool will come exclusively from the 25 multiple listing services (MLSs) Redfin is a member of.

On Redfin, the images include attribution to the listing broker and agent, note the source MLS, and conform to other applicable MLS rules, such as removing photos after a listing becomes inactive. 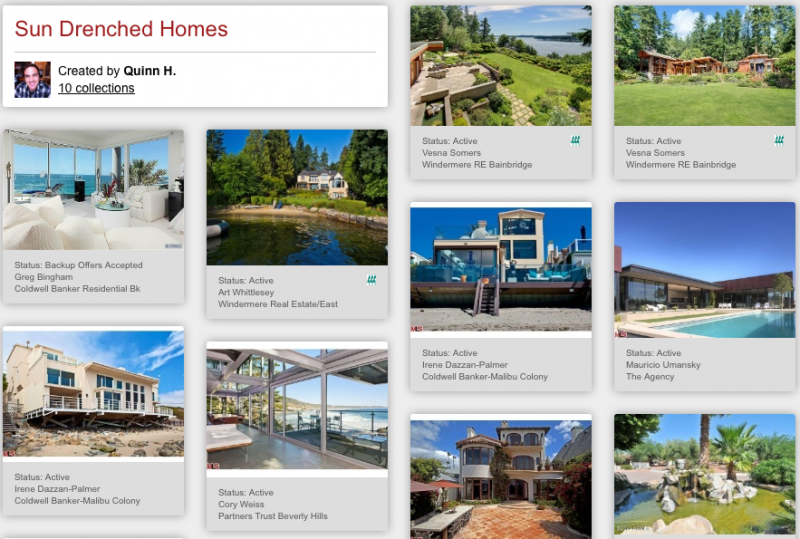 Screen shot of a Redfin Collection.

Redfin wanted to find a way to respect the seller and listing agent while participating in social media, Kelman said. "Collections" was the result.

The images are fun to look at, transcending the original listing while remaining tied to it, Kelman said.

As an MLS member broker in the markets including Los Angeles, the San Francisco Bay Area, Boston and Chicago, Redfin displays all of the listings pooled by brokers participating in Internet Data Exchange (IDX) agreements in each market.

"It’s a very forward-thinking concept," said Rosemary Scardina, CEO of East Bay Regional Data Inc., of the idea. When Kelman pitched the idea to her, Scardina said her top concerns were whether brokers could retain control of the information, that copyrights be honored, and that the tool comply with the agreements Redfin has with the MLS.

"They have to be responsible," Scardina said.

Like Pinterest, photos show up as tiles in a user’s "Collection," which is hosted on Redfin’s site. Users can have multiple collections of photos and group them into self-titled themes like Lucky Kids, Kitchen Inspirations and Awesome Pools.

Each tile within a collection shows an image, lists the property’s status, and displays the listing agent’s name and brokerage. The originating MLS is identified using either a watermark on the image itself, or by displaying a logo just below the image.

When an image tile is clicked on, a larger version of the image pops up on the screen with the property’s list price, its city and state, and the user’s name and the collection it’s a part of. This clickable pop-up image links to a listing detail page on Redfin, which opens in a new window.

It’s one way to harness the power of social media without violating the rules that link Redfin to other brokers, Kelman said.

The National Association of Realtors has decided to let individual MLSs write their own rules regarding whether and how IDX listing data can be shared on social media sites.