"The most encouraging foreclosure trend reported here is that the inventory of foreclosed properties is almost 20 percent smaller than a year ago," said Mark Fleming, chief economist for CoreLogic, in a statement.

"This big improvement indicates we are working toward resolving the backlog of the most distressed assets in the shadow inventory."

Anand Nallathambi, CoreLogic’s president and CEO said the trend should continue into 2013 and "is another positive signal that the gradual healing process in the housing market is gaining traction." 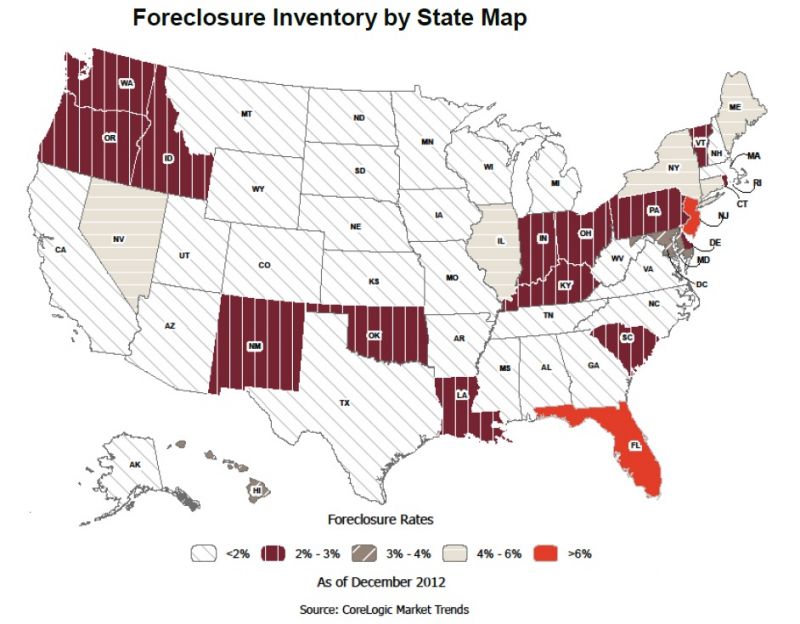