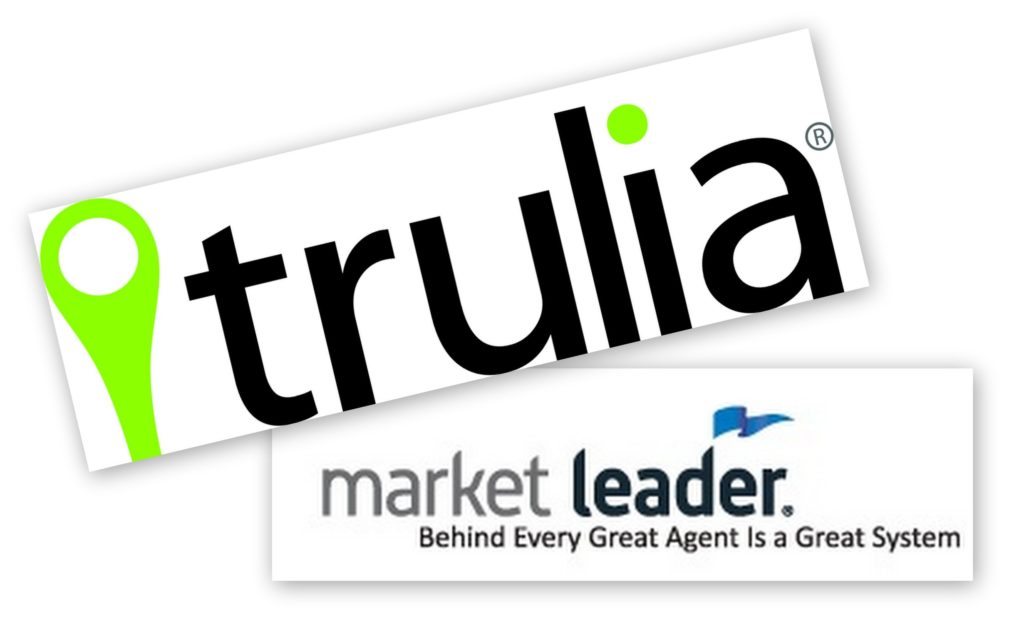 by Brian Boero
Share this article
You successfully shared the article.
Close

Trulia’s acquisition of Market Leader is a big deal. There are lots of things to say about it, but I’ll share just a few initial thoughts below. They’re in no particular order, and are perhaps a bit scattered (in the air at the moment), but here goes:

This is a smart move by Trulia

Trulia has always been perceived, accurately or not, as Zillow’s plucky little brother. Even with a successful IPO and impressive revenue growth (if not profits), the company seemed to be playing a supporting role in Zillow’s movie.

They needed to make a big move, and did. You have to admire that.

The combined Trulia/LEDR has 45,000 paying subscribers. Zillow has 34,000. And whatever you think about Market Leader’s software, Trulia can now offer agents a fuller suite of products than Zillow can.

So, good move. Too expensive? Maybe. But still good.

LEDR shareholders should be very happy

Market Leader’s stock has performed really well over the past two years, and revenue has increased significantly. This was driven by a number of things (a pivot to SaaS from lead-gen, inking deals with big brands, housing market improvement) but significant profits eluded the company and, indeed, always had. There were only so many more big brand doors to knock on and selling to and retaining agents as customers is a bear.

In other words, I was never really sure about their long-term prospects.

LEDR shareholders sold while the selling was good.

Why did Zillow pass?

Looking at this from the other side, one must wonder why Zillow didn’t make this same move.

I don’t know why, but here are a couple of guesses:

First, while the large majority of Zillow’s revenue comes from selling ads and software to agents, they clearly have a broader, and very ambitious, strategic vision. They’ve already started to monetize their mortgage marketplace, have invested heavily in their rentals marketplace (acquiring two companies in this category, RentJuice and Hotpads), and launched a home improvement marketplace earlier this year.

Yes, Trulia has its toes in these waters, too. But Zillow is pursuing them more aggressively. So a big acquisition in the Realtor software business may not have been strategic for them at the moment.

They seem to be focused on going wide, whereas Trulia just went deep.

Zillow may also think they can build better software than Market Leader. LEDR’s product, while solid, is showing its age in places. There’s a lot of engineering talent at Zillow. Perhaps they’re working on something homegrown.

End-to-end platform versus the App Economy

I buy that, but there’s also risk here that Trulia just absorbed.

In 2001, Move (then Homestore) bought Top Producer, the leading real estate software company of its day. The strategy here was the same: create a deeper relationship with the agent and broker customer by moving beyond advertising and marketing.

Twelve years later, Top Producer represents just a small percentage of Move’s revenue and has been seriously challenged by a decade of new entrants that are not as “complete” but offer agents and brokers more choice.

So while Trulia does get a nearly comprehensive software product, it is far from inevitable that it will achieve and maintain market leadership.

Market Leader bought Realestate.com from IAC last year, and the brokerage licenses that came with it. They then set up the site as a national search play powered by the IDX data to which those licenses gave them access, even though they didn’t actually broker homes.

They were, as I said at the time, a “paper brokerage” – a provocative move.

Interestingly, though, Market Leader’s poor execution with Realestate.com probably saved them from serious industry backlash. Many brokers I talked to thought the company would never make the site into something worth worrying about, and they were probably right.

But Trulia on the other hand… these people know how to build a portal. They kill at user experience and built an audience of 30 million uniques through scrappiness and lots of SEO smarts.

So, some people have reacted to this deal with something like “OMG, Trulia now owns Realestate.com, is now a broker in all 50 states, and has access to IDX nationwide!!”

This is true. But I think the folks at Trulia are too smart to do much of anything with the domain, the licenses or the IDX access. I suppose an IDX-based portal is a “nuclear option” Trulia now has in its back pocket if listings aggregation via syndication ever truly blows up (I don’t think it will), but I think Realestate.com is a non-issue.

This is admittedly fuzzy, but both of these companies have suffered from something I will simply call “bad vibes” in the industry (yeah, I know, incisive analysis!).

I’ve been in this business since 1997. And you hear things. Opinions. Rumors. Rants. And I’ve heard more of these types of things about Market Leader over the years than just about any other company. I’m not certain it was ever justified, but it was in the air.

Trulia has been dogged by this too. Some in the industry fear Zillow. Some resent Realtor.com. But a lot of people I know always felt suspicious of Trulia. I think part of this was taken care of pre-IPO, and it seems to be getting better, but, again, it’s there.

Of course, a few bad vibes didn’t stop either of these companies from getting where they are today, but it will be interesting to see how this plays out.

All publicly traded real estate technology stocks have been lifted by the housing recovery. Zillow’s staggering valuation draws the oohs and ahhs but everyone’s done well. And that’s a positive. Because it makes deals like this possible. And deals like this drive activity, innovation, investment and change.

All good things in my book.

Brian Boero is a partner at 1000watt, a marketing, design and strategy firm focused on real estate. Republished with permission from 1000watt blog.