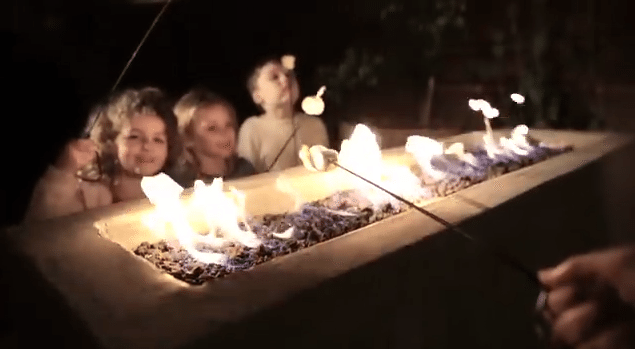 As San Francisco home values climb to new heights, many would-be homeowners are looking across the water at more affordable communities like Oakland and Berkeley, and East Bay real estate brokerages are eager to win their business.

And some brokerages are looking for ways to get their names in front of San Francisco residents considering a move.

To connect with the affluent San Francisco-based buyers looking to stretch their dollars in the East Bay, the owners of Red Oak Realty, a two-office, 75-agent Oakland-based boutique firm, have invested in an ad that will play before films in a handful of San Francisco movie theaters in the lead-up to the spring buying season.

Red Oak Realty marketing video that will be shown to San Francisco residents before films in a handful of San Francisco movie theaters this spring.

The ad, shot by a director the firm hired for $5,000, was designed to imprint the brand in the minds of San Franciscans thinking about making a move east, Daro said.

The video depicts would-be homebuyers — played by Red Oak Realty co-owner Kevin Hamilton and his wife, Stephanie — dreaming of the perfect East Bay home for their young family. Vignettes of a mountain-bike ride, a farmers market visit, a kids’ birthday party, a dinner party and a quiet moment at home are shown from a first-person perspective.

Red Oak Realty co-owner Vanessa Bergmark — whose children are also featured in the video — said the emotions stirred up by the ad play to the brokerage’s strengths.

“Since the downturn, there’s been a move to focus on the client experience,” Bergmark said. “That’s where we stay relevant.”

The spot is also intended to help the 38-year-old firm, which went through a makeover when Bergmark and Hamilton bought it in late 2009, reintroduce itself to San Francisco and the Bay Area.

Daro hopes the video will improve the firm’s market share, and get its agents involved in more high-end deals. Last year, Red Oak Realty represented buyers or sellers in more than 700 transactions, with an average sales price of more than $600,000.

Other prominent Bay Area firms like Oakland-based The Grubb Company and McGuire Real Estate are also marketing themselves to San Francisco-based residents looking to buy in the East Bay.

The Grubb Company, a competitor to Red Oak Realty with offices in Oakland and Berkeley, caters to high-end clients in the East Bay. The firm’s 70 agents represented buyers or sellers in 920 transactions in 2013, with an average sale price of $887,250.

“I’m spending more marketing dollars than I ever had in the past,” The Grubb Company President D.J. Grubb told Inman News.

The firm, which has been advertising its services in San Francisco-based print publications for decades, hasn’t changed up its marketing message to take advantage of the Bay Area’s migration trend, Grubb said.

The Grubb Company has a long-standing reputation in the region — Grubb’s father and uncle founded the firm in 1967 — and “My name is out in San Francisco,” Grubb said. “They know we’re here.”

But in anticipation of a hot spring homebuying season, Grubb said the firm has turned up the volume on its San Francisco marketing by upping the print run of its annual “Red Book,” a collection of professional photography celebrating East Bay communities and homes. Some 28,000 copies will be distributed in San Francisco and other Bay Area locations.

McGuire Real Estate, a firm with seven offices and 200 agents spread throughout the Bay Area, is making the most of its presence in both San Francisco and the East Bay to close more sales.

Two years ago, in the wake of the market turnaround, the firm launched a regionwide communication plan to give agents the inside scoop on what’s happening at the neighborhood level in all of the Bay Area regions it covers, said Lauren Bensinger, McGuire’s director of business development.

Now the firm’s East Bay agents are briefed each month on what’s happening in different San Francisco neighborhoods, which gives them a leg up when targeting potential buyers, Bensinger said. In-house referrals, in particular those between San Francisco and the East Bay, are also way up.

The brokerage has also been targeting marketing materials at San Francisco homeowners who have young families, sending them out at around the same time that school acceptance letters are mailed by public and private schools.

If a family has a child that didn’t get into their school of choice, they may be more receptive to McGuire’s marketing materials, which tout the educational options available in the East Bay. San Francisco families moving to the East Bay can hunt for homes within the attendance area of a well-regarded public school, or use the money they save when they buy a more affordable home to pay for private school, Bensinger said.

The median-priced home in the city and county of San Francisco sold for $813,000 in December, up nearly 13 percent from a year ago, according to DataQuick.

In Alameda County — home to 1.5  million residents of 14 cities including Oakland, Berkeley, Hayward and Fremont — December saw 1,410 home sales, down 4 percent from the same time a year ago. The roughly 1 million people living in 19 cities in Contra Costa County generated 1,177 home sales in December, down 23 percent from a year ago.

While San Francisco is home to roughly 825,000 residents, they generated only 529 home sales in December, down nearly 18 percent from a year ago, DataQuick estimated.

California-wide migration patterns demonstrate the East Bay’s popularity. Alameda County had the highest net population growth (1.68 percent) of any California county between July 1, 2012, and July 1, 2013, according to California Department of Finance data. 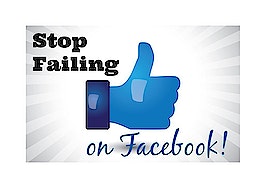 Stop failing on Facebook: 8 ways to rake in the real estate leads 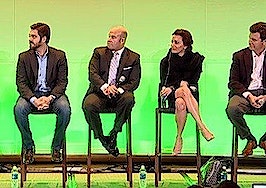 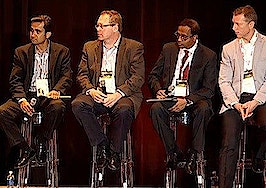 Crunching the numbers: the promise, and practical applications, of predictive data
Back to top
Keep up-to-date on tools and tactics to impress your clients and outshine your competition with the 2022 virtual bundle.Register Now×
Agent Appreciation Sale: Inman Select for only $85.CLAIM OFFER×
Inmanpot
Log in
If you created your account with Google or Facebook
Don't have an account?
Create an Account
Forgot your password?
No Problem