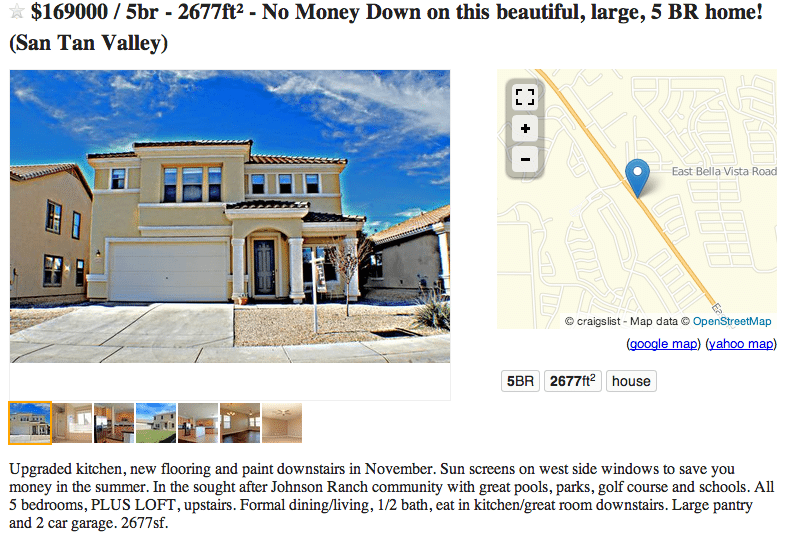 Craigslist is the grandfather of listing sites.

So like grandfathers everywhere, it’s associated with the past, not the future. As a result, some agents may neglect the old-timer, seeking to harvest leads using cutting-edge tools instead.

But while some might consider Craigslist a bit of an old fogey, agents who shun it are passing up a marketing opportunity that remains a fertile (and typically free) source of high-quality leads, according to Amy Gerrish, leader of The Phoenix Metro Group, an agent team part of Phoenix-based HomeSmart.

As a resource for buyer leads, Gerrish — the latest winner of Inman News’ #madREskillz contest — says Craigslist seems to offer a better return on investment than advertising on listing portals or Facebook.

The leads she’s picked up from those sites seem to be of about equal quality to those she gets from Craigslist, which have translated into six sales for her team in the last year, she said.

“If they’re the same quality, then I just want the ones that you don’t have to pay for,” she said.

Craigslist also has an enduring appeal, she said, because it allows agents representing both buyers and sellers to implement marketing tactics that are more difficult, if not impossible, to pull off using other sites.

During the week or so that it takes for a home to go under contract with her broker, she’ll typically post about the home in a local yard-sale Facebook group and blast a notice to 700 contacts.

If she gets permission from her client, she’ll also post the listing on Craigslist. The strategy can appeal to a seller because Gerrish will offer a reduced commission fee if she can sell the home without having to list it on the MLS.

While she might represent the seller, Gerrish will put the contact information for another agent at her broker on the Craigslist posting.

That way, if a prospective buyer calls her colleague, her colleague is positioned to represent the buyer, increasing the chances that Gerrish’s broker will represent parties on both sides of a potential transaction.

Recently, Gerrish closed such a deal with a co-worker. In that deal, Gerrish co-listed as a seller’s agent with the co-worker and represented the buyer by herself.

Craigslist also offers certain marketing advantages over other sites due to the design of its listings and user interface.

The site lets users write headlines for listings, allowing agents to pitch properties to prospective buyers instead of simply listing them.

Gerrish often pegs her come-ons to opportunities for buyers to take advantage of mortgages with low down payment requirements. To pinpoint the loans with the absolute lowest down payments available, she tries to ferret out any special programs that may be offered in the listing’s area.

Based on the options she uncovers, she’s ultimately able to pen headlines like “Check out this house at zero down” and “Get in this house for $500.”

She also exploits Craigslist’s hands-off approach to managing its listings by crafting multiple ads for the same property, each “with different angles.”

In addition, she generates buyer leads on Craigslist by posting homes listed by the Department of Housing and Urban Development (HUD) and lists of various properties on the market, some or all of which are represented by other brokers.

A recent change Craigslist made to its listing format has further increased the site’s appeal, she said.

Craigslist recently removed the ability to embed clickable links in listings that take users to another site. Posters may still include links in listings, but the only way users can visit the Web addresses associated with those links is by copying and pasting them into their Internet browser.

As a result, Gerrish said that leads from Craigslist have begun calling more often to learn more about properties, rather than emailing her or investigating a property on her website without getting in touch.

“Ultimately, that’s what we want,” she said. “We want people contacting us. It’s great if we can pull 600 leads, but it’s even better when we have people call us.” 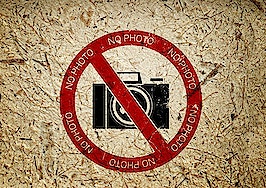 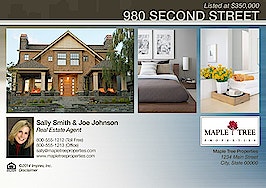 Imprev rolls out new Craigslist display ad workaround
Back to top
Only 3 days left to register for Inman Connect Las Vegas before prices go up! Don't miss the premier event for real estate pros.Register Now ×
Limited Time Offer: Get 1 year of Inman Select for $199SUBSCRIBE×
Inmanpot
Log in
If you created your account with Google or Facebook
Don't have an account?
Create an Account
Forgot your password?
No Problem