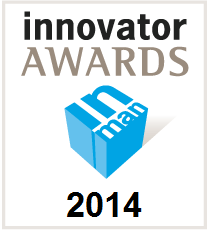 Since 1998, the innovator awards have honored companies and individuals who move the industry forward by making the most of new technologies and ideas that can increase the productivity, efficiency and transparency of the real estate industry.

Categories open to nominations are:

In addition to the categories above, Inman News will present the Innovator of the Year Award to an individual who embodies the spirit of real estate innovation. This award is selected by the Inman News review team and is not open to nominations.

Another annual award, the People’s Choice Innovator Award, will be based on votes cast by Inman News readers. Readers will be invited to cast their vote to select the “People’s Choice” from the list of finalists in the eight categories open for nominations.

The deadline to submit nominations is June 13, 2014. At the close of the nominations process, Inman News will publish the full list of nominees for our readers to choose, by popular vote, the winner of the People’s Choice Innovator Award.

This year’s winners will be announced in a ceremony during the upcoming Real Estate Connect conference in San Francisco, which runs July 16-18, 2014, at the Hilton San Francisco Union Square hotel.

Nominations are open to all and are submitted via an online form:

Over the years, the annual awards have recognized companies including DocuSign, Redfin, Coldwell Banker and Estately, and individuals including Pete Flint of Trulia, Mark Lesswing of the National Association of Realtors, and Doug Lebda of LendingTree.

The awards recognize not only new technologies and business models, but ideas and causes that have been forces for change. The U.S. Department of Justice won a special award in 2005 for its role in promoting open competition in the real estate industry.

See the winners of the 2013 Inman News Innovator Awards. 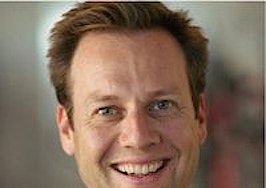 Announcing: 2013 Innovator Awards winners
Back to top
Only 3 days left to register for Inman Connect Las Vegas before prices go up! Don't miss the premier event for real estate pros.Register Now ×
Limited Time Offer: Get 1 year of Inman Select for $199SUBSCRIBE×
Inmanpot
Log in
If you created your account with Google or Facebook
Don't have an account?
Create an Account
Forgot your password?
No Problem