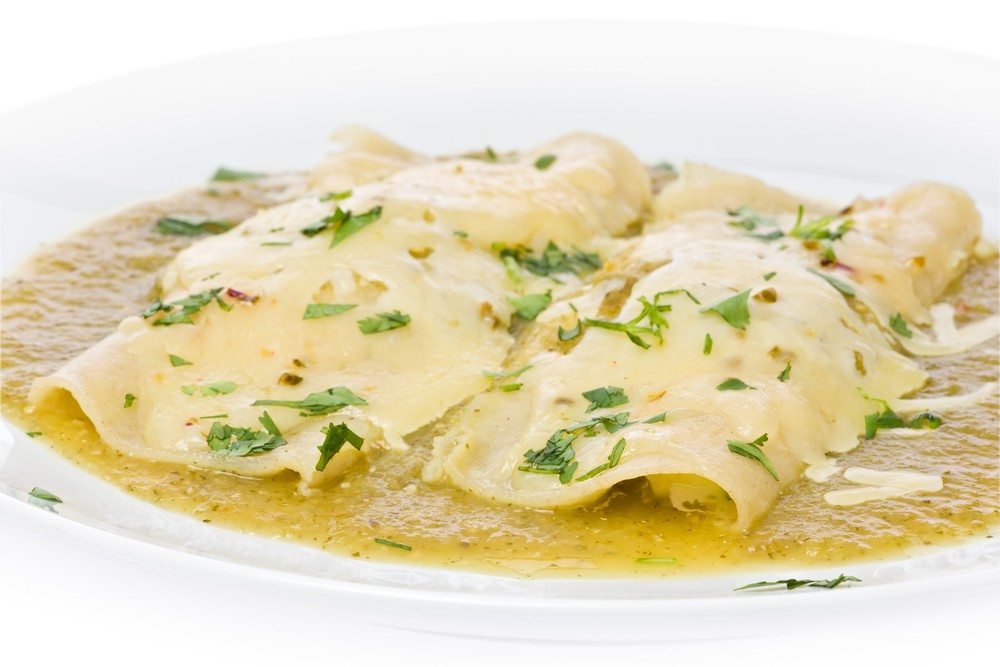 In a pitch to shareholders, ZipRealty reveals that starting in March, it shopped itself around to 43 companies, including “25 major companies in the real estate brokerage, services and technology” business, and “18 financial sponsors with a focus on technology, real estate and business services.”

The search for suitors came after Realogy turned down an offer to take a 20 percent stake in ZipRealty last fall. Starting in January, ZipRealty explored not only a sale of the whole company, but a sale of the brokerage business and software business to two distinct buyers, or a brokerage-only sale and a software-only sale.

Realogy says the acquisition, expected to close by the end of September, was attractive not only because of ZipRealty’s “established, highly productive, technology-based national residential brokerage operation,” but because it plans to “capitalize on the innovative technology platform that ZipRealty has honed over more than a decade of development.”

Although ZipRealty’s “Powered by Zip” referral network will continue to operate in 21 markets — more than half of participating brokerages are owned by NRT or affiliated with Realogy brands — it’s unclear if the Powered by Zip platform will still be offered as a “white label” product to other brokerages.

Realogy has said it valued ZipRealty’s brokerage business at $100 million to $120 million, its technology platform at $25 million to $45 million, and tax write-offs tied to past ZipRealty net operating losses at $21 million.

ZipRealty CEO Lanny Baker will stay on in that role, reporting to Alex Perriello, president and chief executive officer of the Realogy Franchise Group.

Excerpts from a ZipRealty filing with securities regulators tell the story of how the deal got done:

Looking for a “strategic partner”

In 2013, ZipRealty executives “met on several occasions with representatives of Realogy regarding a potential strategic relationship.”

On Sept. 12, 2013, “Mr. Baker contacted Mr. Gorman to discuss whether Realogy would be interested in purchasing a block of shares representing approximately 20 percent of the company’s outstanding shares from an unidentified stockholder, but noted that Realogy would be required to make a determination regarding such acquisition quickly enough so that a closing could occur within several days. Realogy evaluated the opportunity in the short time frame provided, but ultimately decided against the potential acquisition of shares while indicating that it would be interested in similar opportunities in the future if given more time to consider the acquisition.”

January 2014: laying the groundwork for an acquisition

“During January 2014, members of the company board discussed with members of senior management the possibility of whether it was an appropriate time to seek to determine what a third party may be willing to pay to acquire the company and that this type of process would likely involve not only discussions with a financial adviser, but also contacting third parties to gauge their interest in any such potential acquisition.

“The company’s decision to explore strategic alternatives, including a potential acquisition, was based on the risks of operating its more cyclical brokerage business while simultaneously pursuing the growth opportunity held within its emerging technology licensing business unit. The relatively more established brokerage business faced a more difficult external operating environment around this time, while the perceived growth potential and investment needs of its technology business were increasing at the same time. Senior management and the company board believed that in light of these risks and the possibility that a third-party acquirer could provide significant additional value to the company’s stockholders, it would be in the best interests of the stockholders and the company for the company board to further consider and evaluate a possible sale of the company.”

On Feb. 27, “the company board held a meeting … at which they further discussed the engagement of an investment bank.” At the meeting, ZipRealty CEO Baker “reported that the company’s senior management had interviewed three investment banks and had narrowed the group to one candidate, GCA Savvian Advisors LLC (“GCA Savvian”), which made a presentation to the company board at the meeting. GCA Savvian provided its recommendations for conducting a sale process and potential transaction structures, including a sale of the whole company, a sale of the brokerage business and software business to two distinct buyers, a brokerage-only sale and a software-only sale.”

ZipRealty hired GCA Savvian on March 7 to explore the sale of the company, and between March 17 and April 11, the investment bank “contacted a total of 43 entities, including Realogy and Parties A, B and C to solicit their interest in a potential strategic transaction involving the company. This total includes 25 major companies in the real estate brokerage, services and technology markets, and 18 financial sponsors with a focus on technology, real estate and business services. The company entered into, or had previously entered into, separate confidentiality agreements with 19 potential acquirers, and provided confidential and nonconfidential information to those interested parties in furtherance of their respective due diligence investigations of the company.”

On March 27, “Mr. Baker visited Realogy’s offices in Madison, New Jersey, and informed representatives from Realogy that the company had been developing its Powered by Zip software for third-party use. Mr. Smith then informed Mr. Baker that Realogy was interested in exploring a potential acquisition of the company.”

On March 31, ZipRealty’s board of directors was briefed on the process so far. “Baker reported that to date GCA Savvian had contacted 41 parties, including both financial and strategic parties. Of that number, 14 were in the process of executing confidentiality agreements with the company, 15 were reviewing initial materials and 12 had declined to engage further. Mr. Baker updated the company board on his meeting with Realogy and that he planned to continue discussion with Realogy with the involvement of GCA Savvian.”

“Mr. Baker informed representatives from Realogy that the company board was open to exploring a potential acquisition and had retained GCA Savvian as its financial adviser.”

“Between April 9, 2014 and April 16, 2014, senior management met with six additional interested parties, including Party A. Party A discussed with senior management a range of options for a strategic alliance, including partial business combinations, modifications in the company’s business model and approach, and a strategic investment in the company.”

On April 18, representatives of GCA Savvian presented “an extensive presentation on the process to date” to ZipRealty’s board of directors.

“As of that date, 43 parties had been contacted; of those, 17 had expressed interest in moving forward, 21 had declined to engage further and five were still evaluating the opportunity. GCA Savvian updated the company board on the six senior management meetings with interested parties other than Realogy that had taken place (including Party A) between April 9, 2014 and April 16, 2014.”

“Between April 21, 2014 and May 1, 2014, senior management and GCA Savvian met with an additional eight interested parties, including with Party C.”

“Between April 23, 2014 and May 20, 2014, the company provided similar product demonstrations to four other interested parties.”

April 25: Realogy and ZipRealty get serious

On April 28, GCA Savvian “delivered to 11 interested parties a detailed process letter inviting them to provide a proposal to acquire the company and to provide a nonbinding indication of interest no later than May 28, 2014. Those interested parties were provided access to certain confidential information through an electronic data room.

“Between May 3, 2014 and July 14, 2014, the company provided representatives from Realogy and its advisers access to additional information about the company in Phase II of the electronic data room. Realogy, together with its advisers, conducted detailed business, financial, technical, regulatory, intellectual property and legal due diligence investigations of the company and its business and operations.

May 28: Realogy floats a price

On May 28, “Realogy submitted its first proposal to acquire all outstanding shares of the company at a preliminary price of $6 to $7 per share, subject to further due diligence. Of the 10 other interested parties who received a process letter, three parties were actively continuing due diligence as of May 28, 2014, and the balance had declined to submit a proposal.”

“On May 28, 2014, senior management and GCA Savvian met with representatives of Party B at Party B’s offices and discussed a potential merger transaction.”

“Between May 6, 2014 and May 22, 2014, Party A indicated that it was interested in a large, strategic partnership with the company that it viewed could create competitive stockholder value relative to a sale transaction, and inquired about potentially meeting with the company board at an upcoming meeting. The company continued an ongoing dialogue with Party A regarding a framework for a strategic alliance.”

“On June 2, 2014, Party C submitted a verbal indication of interest outlining proposed terms for a potential stock merger. Party C reached out to GCA Savvian, Mr. Baker and one member of the company board to express its interest in a potential 100 percent stock combination with the company.

“On June 2, 2014, the company and GCA Savvian provided Realogy and Party C with access to additional information about the company in Phase II of the electronic data room, and on June 3, 2014, GCA Savvian forwarded an initial draft of the merger agreement to Realogy.

“On June 4, 2014, Party C delivered a written summary of the potential financial and strategic benefits of a combination between the company and Party C. This proposal was shared with the company Board.”

On June 6, 2014, GCA Savvian “communicated to Party C that the company was interested in further exploring the possibility of a potential merger between the company and Party C.

“On June 13, 2014, GCA Savvian prepared an analysis of Party C’s 100 percent stock proposal, based on information provided by Party C, for the company’s consideration.

“On June 16, 2014, Gibson Dunn & Crutcher … legal counsel to Realogy, provided a revised draft markup of the Merger Agreement to GCA Savvian, which GCA Savvian sent to the company and to Orrick.

“On June 17, 2014, the company presented Party A with a proposed strategic alliance framework as a potential alternative to a merger transaction, which Party A indicated it would review and respond to quickly.

“On June 17, 2014, GCA Savvian contacted Party C and indicated that the board required a formal written transaction proposal in order to fully evaluate Party C’s offer. Party C responded that it would require substantial additional work to refine their proposal, and while they remained interested in a 100 percent stock merger with the company, they would discontinue working on their stock merger proposal until it was clear that the company had no other superior alternatives. In the absence of such clarity, Party C indicated that they would not be submitting a final merger proposal at that time.

“On June 18, 2014, Party B indicated that they would not be submitting a final proposal to acquire the company.”

“Between June 18, 2014 and June 20, 2014, Realogy conducted in person due diligence at the company’s offices. Representatives of Goldman Sachs and PricewaterhouseCoopers, advisers to Realogy, attended the due diligence sessions.

“On June 26, 2014, the company board held a meeting to discuss the revised proposal and, after extensive discussion, instructed GCA Savvian to inform Realogy that it needed to improve its offer price and provide a clearly defined path to a transaction announcement.

“On June 27, 2014, Realogy revised its offer price to $6.75 per share, with no reduction for transaction expenses and eliminated certain other transaction terms as requested by the company board, subject to receipt of a period of exclusivity to finalize due diligence and complete a definitive agreement.

On July 14, 2014, ZipRealty’s board of directors held a conference call with the company’s legal and financial advisers. The board discussed the provisions of the merger agreement before voting unanimously to approve the merger.