In something of an about-turn, the Combined Los Angeles/Westside MLS has signed an agreement to send a direct listing feed for its more than 14,000 agent and broker members to Trulia.

Earlier this year, the multiple listing service, also known as The MLS/CLAW, became the first MLS in the country to delay its syndication feeds to third-party sites by 48 hours.

The delay applied to the feed the MLS provided to Move Inc.-owned listing syndicator ListHub, which gives brokers the option of distributing listings they represent to more than 125 publisher websites. MLS/CLAW also delayed feeds it provided to realtor.com, which is operated by Move, and to the Los Angeles Times.

But that experiment was short-lived. The majority of the MLS’ brokers decided to send their listings to Trulia and other third-party sites like Zillow through their own direct feeds. Currently, CLAW applies the 48-hour delay only to new listings that brokers specifically ask to have delayed. Some 95 percent of brokers choose not to delay the listings, according to CLAW CEO Annie Ives.

“We are done with it,” she said of the MLS-wide decision to delay.

At the time of the decision, some critics worried about its impact on consumers, smaller brokers, and agents who advertise on third-party sites. But Ives says it was worth all the trouble.

“Now Trulia and Zillow provide more free member benefits because they don’t take the MLS and the broker and the agent for granted,” Ives said.

As part of its agreement with Trulia, CLAW, which also provides services for the 850-plus members of the Palm Springs Regional MLS, will send brokers’ listings directly to Trulia on an opt-out basis through the portal’s “Data Connect” program.

“By using an opt-out feed, CLAW is ensuring that leads are delivered to accurate email addresses provided by its brokers. The listing agent will get the lead for free as they always do,” Trulia spokesman Matt Flegal told Inman News.

According to Ives, Trulia will also send the leads first to CLAW’s listing agents and then to the advertising agents. Trulia declined to comment on this.

Brokers that participate in Trulia’s program receive increased branding on Trulia.com, in emails to consumers, and in Trulia’s agent directory. Their listings are updated as frequently as every eight minutes with a direct feed.

By sending Trulia a direct feed, “we want to put our agents at the center of the transaction and give them more exposure,” Ives said.

Trulia will drive traffic back to the MLS and its brokers, Ives said. “The MLS will be branded on the listings. Our logo will be on the listings and there will be a hyperlink to our public website and also to our brokers’ and agents’ websites,” she said.

CLAW will also receive reports from Trulia that it can share with its members on traffic to its listings and lead volume, Trulia said.

The feed “establishes an efficient technical framework to guarantee the accuracy and timeliness of listings, while ensuring our brokers remain in control of where their data goes and how their brand is marketed,” Ives said in a statement.

The direct agreement with CLAW “demonstrates the value MLS/Trulia partnerships can deliver to solve challenges around data distribution and display, helping brokers build their brand and support the success of their agents,” said Alon Chaver, Trulia’s vice president of industry services, in a statement.

CLAW’s feed to Trulia will go live in the coming weeks, Trulia said. Brokers will be able to choose which data feed will have primacy over other sources, the company said.

Ives declined to say how long the agreement with Trulia was set to last, but said it will likely last beyond the planned merger between Zillow and Trulia. CLAW is considering a direct feed to Zillow, but a sticking point has been Zillow’s display of for-sale-by-owner properties, Ives said.

“The philosophy of one may change to the other one,” she said of Zillow and Trulia. “I don’t know what will happen in a year.” 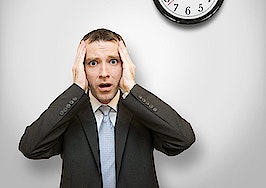 Redfin out to change listing syndication practices and IDX display rules
Back to top
Only 3 days left to register for Inman Connect Las Vegas before prices go up! Don't miss the premier event for real estate pros.Register Now ×
Limited Time Offer: Get 1 year of Inman Select for $199SUBSCRIBE×
Inmanpot
Log in
If you created your account with Google or Facebook
Don't have an account?
Create an Account
Forgot your password?
No Problem