Brazilian listing portal VivaReal has landed more than $40 million in a Series C funding round led by an early investor in a number of successful startups, underlining appetite for real estate tech companies outside the U.S.

Boston-based Spark Capital, which was an early backer of Twitter, Tumblr and Oculus VR, threw its weight behind VivaReal because it’s “a player that seems well-placed to be a leader in an attractive category and a build a valuable strategy,” said Jeremy Philips, general partner of Spark’s growth fund.

VivaReal is a leader in the Brazilian portal space, boasting over 2.5 million real estate listings and 8 million visits every month through its website and mobile apps, according to Spark Capital. The website, founded in 2009, has 14 offices in major cities in Brazil, Spark Capital says.

Like many portals outside the U.S., VivaReal generates revenue by charging listing fees, Philips said.

Though Spark wouldn’t consider investing in a competitor to Zillow, Philips said there are other categories of real estate firms that are alluring. He declined to name any of those categories, saying there’s “already enough competition” for companies that are a part of them.

The fund says its “sweet spot” is early-stage startups, but that it will also invest “as little as $500,000 to partner closely with a founder at the seed stage or as much as $25 million to help an emerging winner establish category leadership.”

Philips is no stranger to real estate. He’s spent time at News Corp and REA Group Limited, which will jointly own realtor.com operator Move Inc. if News Corp’s planned acquisition of Move goes through. 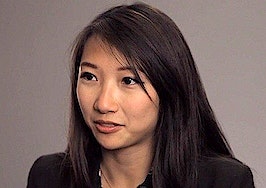 3 things venture capitalists want to see in a startup Real estate M&A: You ain't seen nothin' yet
Back to top
Only 3 days left to register for Inman Connect Las Vegas before prices go up! Don't miss the premier event for real estate pros.Register Now ×
Limited Time Offer: Get 1 year of Inman Select for $199SUBSCRIBE×
Inmanpot
Log in
If you created your account with Google or Facebook
Don't have an account?
Create an Account
Forgot your password?
No Problem