Brokerage and franchise giant Realogy is set to integrate dotloop’s paperless transaction management platform into its back-end system, which will make it easier for 250,000 agents who work at brokerages owned by Realogy subsidiary NRT or affiliated with one of its franchise brands to use the technology.

While the integration will not include a discount on dotloop for Realogy agents, it will allow those who have dotloop accounts to fill out documents and collect e-signatures right from Realogy’s own back-end transaction management platform, HomeBase, dotloop CEO Austin Allison told Inman. Allison expects the integration to take place sometime early next year.

As of Sept. 30, there were 250,300 independent sales associates working at brokerages owned by Realogy or affiliated with its franchise brands, which include Century 21, Coldwell Banker, ERA, Sotheby’s International Realty, and Better Homes and Gardens Real Estate. That total includes 45,200 agents who work at Realogy-owned brokerages operating under the Coldwell Banker, Corcoran Group, Sotheby’s International Realty, ZipRealty and Citi Habitats brand names.

Integration will make dotloop available to those agents in a streamlined way, Allison said. He said 40 percent of agents at NRT-owned brokerages use dotloop.

“Realogy has always been committed to providing our franchisees and their affiliated agents with the best marketing, training and sales support systems,” said Alex Perriello, president and CEO of the Realogy Franchise Group, in a statement.

“Agents and brokers have been using HomeBase to date, but have not been able to use interactive forms and e-signatures as a part of the native process,” a dotloop spokeswoman told Inman. “It now will be a seamless process,” she said.

When the integration is completed, dotloop says it will be the only non-Realogy tech platform integrated into HomeBase. Realogy declined to comment on that claim or provide details on the integration.

In October, dotloop joined the preferred vendor program of Leading Real Estate Companies of the World, giving the group’s more than 500 member brokerages an initial annual dotloop discount and other perks.

Earlier this month, dotloop competitor DocuSign announced an integration with national real estate form technology provider zipLogix Inc. When the integration goes live sometime next month, subscribers to both technologies will be able to fill out forms zipLogix has licenses for within DocuSign. 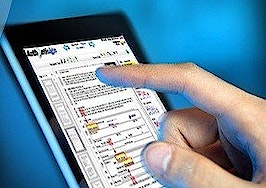 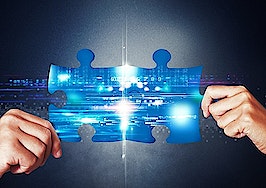 DocuSign, zipLogix partnership deepens
Back to top
Only 3 days left to register for Inman Connect Las Vegas before prices go up! Don't miss the premier event for real estate pros.Register Now ×
Limited Time Offer: Get 1 year of Inman Select for $199SUBSCRIBE×
Inmanpot
Log in
If you created your account with Google or Facebook
Don't have an account?
Create an Account
Forgot your password?
No Problem