The Federal Aviation Administration (FAA) can crack down on people who operate drones in a reckless or careless manner, the nation’s transportation safety board ruled today.

The decision could give some drone operators pause, as it clarifies that the FAA has at least some authority over drone use. Yet it does not seem to directly address the question of whether people may legally operate drones for commercial purposes without special certification, assuming they do so in a safe manner.

The safety board’s ruling overturned a judge’s dismissal of the FAA’s case against the only person it has attempted to fine for drone use so far, Raphael Pirker.

That judge had concluded that Pirker’s unmanned aircraft was a model aircraft, and that the FAA hadn’t enacted enforceable rules governing such aircraft.

But the aviation safety board has determined that model aircraft meet the FAA’s regulatory definition of “aircraft” and are therefore subject to regulation prohibiting the operation of an aircraft in a careless or reckless manner.

“An aircraft is ‘any’ ‘device’ that is ‘used for flight,’” the NTSB said in its ruling. “We acknowledge the definitions are as broad as they are clear, but they are clear nonetheless.”

The safety board has remanded Pirker’s case to a judge who will review evidence to determine if Pirker’s should be fined.

The safety board’s ruling did not directly clarify whether or not the FAA has the authority to penalize pilots for operating drones for commercial purposes — which the FAA has said is not permitted without special certification.

The FAA has indicated that it considers “a Realtor using a model aircraft to photograph a property that he is trying to sell and using the photos in the property’s real estate listing” to be a commercial operator.

”While we disagree with the decision, today’s NTSB ruling in the Pirker case is narrowly limited to whether unmanned aircraft systems are subject to an aviation safety regulation concerning reckless operation, an issue that the NTSB has said requires further factual investigation before a penalty is imposed,” Brendan Schulman, Pirker’s lawyer, told Forbes contributor Gregory McNeal.

“The more significant question of whether the safe operation of drones for business purposes is prohibited by any law was not addressed in the decision, and is currently pending before the D.C. Circuit in other cases being handled by Kramer Levin.” 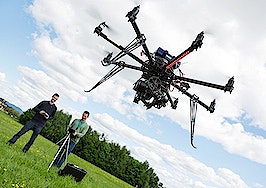 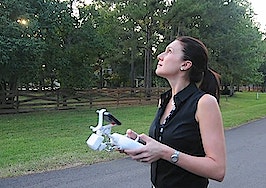