Mortgage rates have been stable near 4 percent, held there by the 10-year T-note moving hardly at all in the last month, 2.31 percent-2.38 percent since Halloween. Such stability is most unusual, best understood as a market gathering tension for a significant snap.

The dominant news is central banks trying to cope with extreme deflationary pressures, and this week the Fed released the minutes of its Oct. 28-29 meeting.

Reading Fed minutes is a black art. This set is “only” 15 pages, but unspeakably dense, jargon-ridden, in the unique code of Fed politics, most of it irrelevant to the big questions or intentionally masking answers, if any: RATES UP, OR DOWN, WHEN?

For the brave and foolhardy willing to give it a try, here follows a guide, and reinterpretation of this set. I say “reinterpret” because I couldn’t get to the real thing until yesterday, after reading earlier reviews by media Fedologists. As I read I flashed back to the media analysis, wondering if they had read the same minutes. I don’t recall a wider gap between the analysts and what’s in the actual words. The consensus was ho-hum, Fed stands pat. Not so.

These minutes begin with an incomprehensible discussion of the mechanics of rate hikes. Ignore all of that. When they need to hike, they will.

At the bottom of Page 3, a big hint: “Staff Review of the Economic Situation.”

The bulk of all meeting minutes is anonymous commentary by Fed governors and regional Fed presidents, at each point adding “one member said,” or a few, or several, or many, or most, as the Secretary tries to describe weight of opinion. When the Fed first began to publish minutes only three weeks after the fact (10 years ago, Bernanke invention), these modifiers were so confusing that it published a guide.

In general, all the time, ignore the governors and regional presidents (in the minutes described as “members”) until you learn which have good sense and which don’t. Since the minutes’ commentary is anonymous, we can’t tell if an apparent consensus is among the bright lights (Dudley, Fischer, Rosengren, Williams, Lacker, Evans and Lockhart), or the dim and argumentative (Fisher, George, Bullard, Plosser, Mester, Kocherlakota — all regional presidents).

One serious study by economists outside the Fed (Romer, et al.) backwalked the opinions of the regional Fed presidents for predictive accuracy and concluded: “They need not offer forecasts.”

Page 3 of the minutes: Staff said that market indications of inflation had declined, but inflation surveys were stable. Since the meeting surveys have fallen, too. That’s a big deal: In three weeks the Fed’s primary assumption about inflation has been cast in doubt.

Page 3: “Foreign economies appeared to have continued to expand at a moderate rate in the third quarter … In Japan, consumption staged a mild rebound … euro area pointed only to continued sluggish growth.” Events have proved this commentary absurdly optimistic. Strangely, profoundly out of touch.

Page 5, in puzzled tone, staff observed that market pricing had pushed back the date for a Fed rate hike. My margin note is “duh.” Markets see U.S. wages and global deflation. Later on that page: “Credit flows to nonfinancial business picked up in September.” The Fed’s own H.8 shows a deep slowdown in total bank credit.

The labor market has improved faster than the Fed thought possible only a year ago, and has positioned to intercept the inflation pressure from wages inevitably rising as the labor market tightens. Yet wages are not rising, and may not even if unemployment falls another percent or more. Staff seems aware that things are not going according to plan. The Fed historically underweights events overseas because the U.S. is the least export-dependent of any major economy, but these minutes are at the edge of oblivious to foreign pressures which will undercut U.S. wages and prices.

Stick out my turkey neck: When rates snap, it will be down. 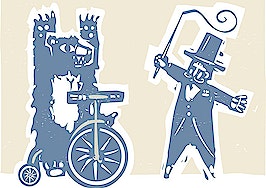 Today's economy is a three-ring circus, and then some 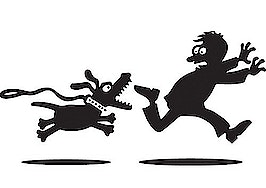 Why the ancient strategy of printing money is failing now
Back to top
Keep up-to-date on tools and tactics to impress your clients and outshine your competition with the 2022 virtual bundle.Register Now×
Agent Appreciation Sale: Inman Select for only $85.CLAIM OFFER×
Inmanpot
Log in
If you created your account with Google or Facebook
Don't have an account?
Create an Account
Forgot your password?
No Problem