Face it, the federales at the Consumer Finance Protection Bureau have it in for industry marketing services agreements, which help banks and title companies connect with real estate agents and brokers — often by providing each other services.

Face it, the federales at the Consumer Finance Protection Bureau have it in for industry marketing services agreements, which help banks and title companies connect with real estate agents and brokers — often by providing each other services.

Expect the feds to further crack down next year on any sideways behavior with these relationships, arguing that most of them violate RESPA. (Footnote: If you chow down on two helpings of this acronym, make sure someone is around who can perform the Heimlich maneuver.)

Under the new rules, the costs of putting these agreements together and auditing them will help lawyers and accountants realize their financial dreams. Seems to me that the reasons these partnerships even exist is because agents and brokers with slim margins cannot afford to do the things that they otherwise would do on their own.

Everyone gets on a slippery slope, and accidents happen.

Imagine that you treated your customer as well as you do your children. Would you steer your kid to use a product because the company producing the product is secretly mowing your lawn for free? Dad: “Hey, Joey, try this burrito.” Son: “Thanks, Dad. By the way, who is the guy mowing the lawn? And why does he have an apron on?”

On the other hand: The government will muck this up. Think about it. The feds permit MSAs, even though they hate them, putting up bureaucratic viruses that only a few firms can afford to navigate. What is the point, CFPB? I officially rename you, “Fancy Pants.”

Lighten up, Brad, give us some small talk!

“I read that the housing market is hot?” said this dude in a Brooklyn beer garden.

“So?” said the woman with him.

“Whatever,” she said, with one of those super-annoyed expressions that always leads to, “I am going home.” Alone. 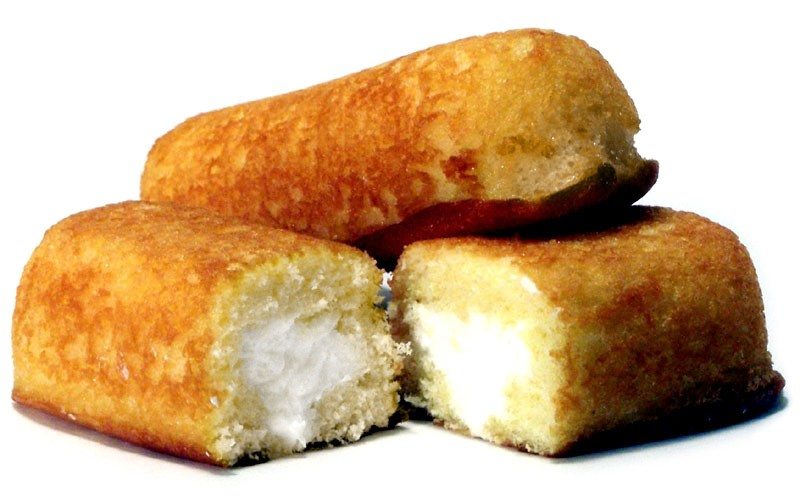 The San Francisco-based Climb Real Estate Group parks its buffed-up Airstream RV on streets throughout the city. The company claims at “120 square feet, it is one of the smallest real estate storefronts.” Climb gets my first ever Small Talk, Big Talk: Twinkies Are Back Award. Where do we deliver the Twinkies?

“Mortgage rates have fallen close to 4 percent for most borrowers, but there’s been no corresponding jump in purchase applications (remember all of that BS about housing slowing because mortgage rates had jumped to 4.5 percent?),” according to a report by Lou Barnes on Inman.

“Running a startup is like standing still when your hair’s on fire,” says venture capitalist and CEO coach Jerry Colonna in this insightful hourlong video talk.

Let’s talk about that

“Homes [in London] have turned into an international asset class, to be bought and sold by speculators from across the world [mostly U.S. pension fund managers],” according to a report from The Guardian of London.

One criticism of St. Louis County prosecutor Robert P. McCulloch in the controversial police shooting of Michael Brown in Ferguson, Mo., is that he did not make a recommendation to the grand jury to indict police officer Darren Wilson. McCulloch was portrayed as “gutless” by some of his critics and too cozy with the police. Not certain about that one; out of my domain.

Ducking the conflict-of-interest question, the rationalization is that industry experts are more qualified to do the job because real estate is so complicated. Yep, buying and selling a home has become a messy and sticky deal, but then, shouldn’t we raise the standards of those who are paid to make it happen?

Side benefit: The smart and good agents (like the tofu in miso soup) rise to the top when there are tougher standards for the industry.

Twenty years ago, the National Association of Realtors, one of the most powerful lobbying forces in the District of Comedy, raised $3.6 million for its “hard money” political action committee, RPAC, in the 1994 election cycle.

According to records posted by the Center for Responsive Politics at OpenSecrets.org, the cost of grease has reached $20 million. In addition to the $9.8 million raised by RPAC in the 2014 election cycle, there’s the $10.1 million funneled into the National Association of Realtors Congressional Fund to take advantage of the Supreme Court’s decision, in Citizens United, that the sky is the limit for independent expenditures.

How did they spend their largesse — evenly between the blues and the reds? What about Green Party or Libertarian Party gifts? Well, RPAC did dish out $1,000 to the “Other Party” category.

I think I will join the “Other Party.”