Strong presales of the “Ghost Drone” — a one-pound unmanned aircraft that can be mounted with a camera and easily controlled with a smartphone app — have helped its maker land $10 million in funding.

EHANG, which is preselling the Ghost Drone until Jan. 9 on its Indiegogo page, touts the aircraft as “the world’s most intuitive personal drone” in a statement announcing its new funding. 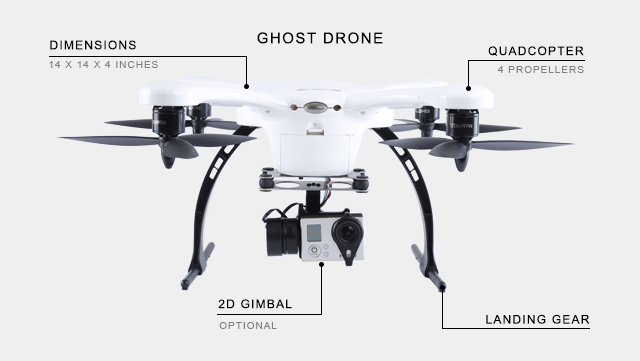 Lightweight and capable of holding a camera, the Ghost Drone is the sort of unmanned aircraft that real estate agents have been using to capture aerial photos and video of listings, despite a cloud of legal uncertainty hanging over commercial drone operation.

The Ghost Drone weighs 1.4 pounds without add-ons, comes preassembled and can be piloted from a smartphone app preprogrammed with hover, return and land commands. Pilots can also outfit the drone with a gimbal weighing half a pound that can hold a GoPro camera for capturing aerial footage.

Ghost Drones are running for $375 a pop on its Indiegogo page, but a package including a gimbal and GoPro camera costs $879.

Due to the success of EHANG’s Indiegogo campaign, which has raised nearly $650,000 to date, the company has extended presales until Jan. 9.

The company will use the additional $10 million it’s nabbed from investors to expand its team and ramp up manufacturing.

The funding round was led by GGV Capital, Xiaoping Xu and Nick Yang, “two of China’s most successful entrepreneurs,” and PreAngel, a fund focused on early-stage startups, according to EHANG.

The Federal Aviation Administration maintains that using drones for commercial purposes requires special authorization. So far, the agency — which has warned that it considers the use of drones to capture images of homes for marketing purposes to be a commercial use — has granted such permission to just 11 companies, none of which are in real estate.

The National Transportation Safety Board has ruled that the FAA can crack down on people for operating drones in a reckless or careless manner. But drone advocates say that decision did not address whether existing laws and regulations give the FAA authority to impose conditions on the commercial use of drones, an issue that’s still being decided in court.