When Carolina One Real Estate’s nine-year franchise contract with Prudential Real Estate expired in 2008, the brokerage wanted to eliminate franchise fees and operate with more flexibility, but didn’t want to give up its national presence.

So the Charleston, South Carolina-based firm turned to a global independent brokerage network, Leading Real Estate Companies of the World (LeadingRE), to maintain a footprint outside of its local market.

Brokerage networks like LeadingRE and competitor Leverage Global Partners are helping stoke the indie broker boom by providing a middle ground between isolated independent on the one hand, and the expense and restrictions that come with affiliating with a big franchise brand on the other.

The networks provide some of the perks brokerages expect from franchisors like Century 21 Real Estate, Re/Max and Keller Williams Realty — including referrals, international reach, and training — without the hefty fees and bureaucracy that can come with franchising.

Brokerage networks serve a relatively small number of companies. Approximately 70 percent of indie brokers who participated in a recent Inman survey said their firms did not belong to a referral network.

But LeadingRE and Leverage Global Partners are growing.

LeadingRE has been around for close to 20 years and currently has 535 members around the world, 435 of which are in the U.S. LeadingRE CEO Pam O’Connor says membership has grown by approximately 30 firms per year for the last several years. 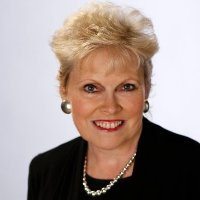 Leverage, founded in 2012 by Los Angeles-based brokerage Partners Trust, has grown to 142 members in just over two years.

LeadingRE and Leverage restrict membership to independent brokerages, and firms can’t be members of both. Brokers pay a yearly fee that can stretch into the mid five figures in larger markets.

While giving them the opportunity to enjoy the clout and referrals that a global brand provides, brokerage networks also help members react swiftly to changing market conditions and call their own shots.

By helping members compete with other independents and franchise affiliates, the networks — LeadingRE in particular — have become a major force in the industry.

According to statistics compiled by Real Trends, LeadingRE’s members handle more sales than brokerages affiliated with franchisors that O’Connor views as competitors.

Source: Real Trends *Includes the top 500 members in the U.S.

LeadingRE and Leverage provide similar services to members, but differ in important ways.

Leverage, on the other hand, restricts membership primarily to growing small- to medium-sized brokerages, and provides its services on an exclusive basis to just one firm per market.

While referrals are big part of their attraction, brokerage networks also provide access to training and a vetted group of peers.

Less than half of LeadingRE’s revenue comes from referrals, O’Connor said. Leverage charges a flat membership fee that gives brokerages access to its referral network — they don’t pay additional fees for the referrals they receive, President F. Ron Smith said.

After launching as a relocation firm for independent brokerages in 1997, Leading Real Estate Companies of the World rebranded as LeadingRE in 2005 when it shifted to its current model.

Referrals still make up the largest chunk of the firm’s revenue, O’Connor told Inman. For deals it helps facilitate, the firm takes a fifth of the referring broker or agent’s referral fee.

The balance of the network’s revenue comes from membership fees in LeadingRE and Luxury Portfolio (40 percent) and various a la carte services that include training, business development consulting and a website rating service (15 percent), O’Connor said.

LeadingRE, for example, powers “Hanna University,” a white-labeled training platform for one of the largest brokerages in the U.S., Howard Hanna Real Estate Services.

It also offers members various services on the tech front.

Allowing members to choose the services and tools they want to pay for is one way LeadingRE differs from franchisors, O’Connor said.

Highlighting its connection to LeadingRE’s global network allowed Carolina One to tout its national and international presence to clients, Scarafile said.

LeadingRE’s international network helped Carolina One convince its prospective clients that it was not just a provincial brand, but connected to a network that could market local listings across the world, he said.

“Membership helped set us apart from others in the market,” Scarafile said.

As a member of Luxury Portfolio, Carolina One has also increased its share of its local luxury market, he said.

LeadingRE has not only helped Caroline One be more profitable, but allowed it to invest more in its own brand, Scarafile said.

What it used to spend on franchise fees, Carolina One now pours into local advertising and marketing, he said.

Partners Trust, which now has seven offices and 190 agents, founded the Leverage Global Partners network to show clients that it had access to a broader network of buyers and business insights than just its local market.

“You’re in a silo as an independent brokerage,” said Leverage’s president and co-founder, F. Ron Smith.

LeadingRE already had three Los Angeles members and was not accepting more, Smith said. So the firm’s four principal brokers decided to spearhead a new network, and Leverage was born.

The network targets firms with an eye on growth, Smith said. Member firms range in size from 10 agents to 640 agents.

Members won’t be much bigger, Smith said, because the network wants firms to be small enough to remain engaged and for each to face similar challenges regarding growth.

The firm is big on helping its member firms learn from each other and share best practices.

“Our currency is intelligence,” Smith said.

Leverage keeps its network exclusive by market because it wants members to share best practices freely without worrying that they’re giving their secret sauce to the competition, Smith said.

The firm holds networking calls, dubbed “ThinkTank Thursday,” for members every other week, Smith said. Leverage brings in brokerage presidents and marketing managers to discuss their business for each session.

Leverage will also hold its first national convention this year.

Besides membership fees, Leverage also makes money on marketing packages it puts together for members in places like The Wall Street Journal and other places overseas, Smith said.

Todd Narlinger, broker-owner of Denver-based Madison & Company, signed his firm up for Leverage in November 2013.

Over the years he noticed that national and international exposure was missing as an independent. As he grew his firm, which now has 85 agents, that lack of broader exposure became a more glaring weakness.

Another reason for joining Leverage was access to referral business. Madison & Co. now averages between four and five referrals a month through the network, Narlinger said. 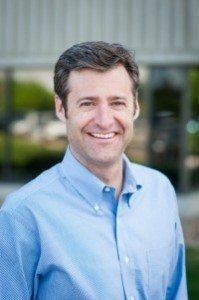 More than anything, however, access to the brains in the network helped his firm grow, Narlinger said. He speaks to at least one other broker member a month.

Narlinger likes that he can call vetted members in another market and pick their brains for ideas. One lesson he learned from the network that he’s incorporated into his business are accountability contracts for agents, which have helped him set expectations and provide guidance.