NEW YORK — There’s a lot of talk in the industry about building tools to improve the efficiency of real estate transactions. But what happens when a tool designed to do that confronts the inefficiency of the industry itself? Frustration, according to tech company execs speaking at Real Estate Connect today. 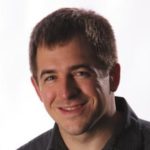 “We’ve been trying to get into an MLS for about a year, but they meet once a month and it keeps getting pushed back,” said Aaron Kardell, founder and CEO of mobile app developer HomeSpotter.

The company has 20 MLS clients — including the nation’s largest, California Regional MLS — and just raised $1.8 million.

“We just went through a six-month process rolling out websites for a 675-agent brokerage. The holdup was one of seven MLSs” the broker belonged to that took its time handling necessary paperwork, he said.

There are more than 800 multiple listing services in the country and tech companies must deal with each one to access its data. The Real Estate Standards Organization (RESO) has been working on easing tech companies’ use of data through standardization efforts such as its Data Dictionary, but Kardell suggested that red tape may be a bigger problem.

“Data mapping is not that big of a deal. It is the process of getting all the right paperwork (and) RETS (Real Estate Transaction Standard) credentials” that delays agents’ access to tools, he said.

Friedman added, “There are thousands of software companies who would love to sell you all a bunch of tools” but don’t have access to MLS data to power them. Given the time required to deal with so many MLSs, innovation can take a back seat to geographic expansion, he said. 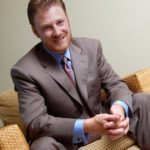 Ryan Bokros, director of industry engagement at real estate software company IDX Broker, said often the only reason that an MLS gets moving on providing his company with listing data is when one of their agent or broker members complains.

“We’re hoping that the MLSs will … understand that it’s not about them, it’s about their members. They need to keep their client in mind, which is the agent or the broker,” Bokros said.