As CEO of Coldwell Banker Turkey, Tas has grown the brand to 395 agents and 55 offices in Turkey. The announcement of the Cyprus agreement, which covers both residential and commercial franchise operations, coincides with the opening of a 15-agent office in Kyrenia, Cyprus. 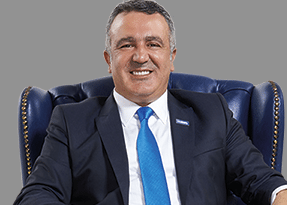 “Cyprus has overcome the challenges of the recession and has a homeownership rate of 45 percent,” Tas said in a statement. “There is great interest in the luxury arena largely from the affluent in Moscow, Turkey, Scandinavian countries and the Middle East. Cyprus is poised to become another one of the world’s great second-home destinations.”

Tas will concentrate his franchising efforts in the Cyprus cities of Kyrenia, Nicosia, Famagusta and Larnaca.

Coldwell Banker now has a presence in 49 countries and territories, ranking the franchisor third among real estate brands by global presence, behind only Century 21 Real Estate and Re/Max.