reynermedia/Flickr via cc
by Brad Inman
You successfully shared the article.
Close 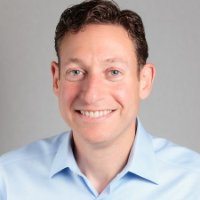 Eighteen years ago, while helping Microsoft figure out an online real estate strategy, I met Ian Morris, a brash, funny, ambitious New Jersey boy, son of a Wall Street banker. He was a recent graduate of the Harvard MBA program and he was anxious to make a mark in the real estate industry. He did.

He left Microsoft and went on to build Market Leader into a first-rate contender in the online real estate industry where he competed with me at HomeGain. He took Market Leader public and sold it to Trulia in 2013. After a year of hanging around the San Francisco company, he left to play tennis and enjoy his family and his largesse.

The industry misses Ian Morris. Me too. 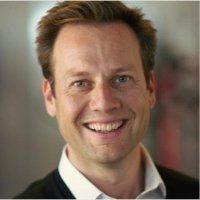 Yesterday, with the Zillow acquisition of Trulia, Pete Flint, another astute industry startup powerhouse, stepped aside and gave up his operating role and will join the board of Zillow. Like his partner, Sami Inkinen, these two Stanford MBAs and fresh industry faces will be missed.

Inkinen left his operating role at Trulia two years ago and rowed across the Pacific Ocean, 2,765 miles unsupported from California to Hawaii with his wife, Meredith. They broke a world record.

Flint’s style was the opposite of Ian, his low-key, steady U.K. persona charmed almost everyone. Underneath his delightful English smile was a determined and savvy founder who wanted more than anything else to make the real estate experience a better one. He did just that.

At a dinner I had with Flint many years ago in San Francisco, he wondered out loud why a founder would not stay on with his company forever and he asked why I had a habit of starting companies then finding a CEO after a few years. He pointed to the Google founders and Bill Gates (prior to his exit) as role models.

Older and wiser, Flint now understands that youthful ambitions often get mixed with the realities of the world and personal limits, which can change your course like an unexpected gale when sailing.

The wonder of the startup kids, which I love to encourage, protect and cheer on, is their influence on the real estate industry over the last 20 years. The real estate business was getting tired, cushy, fearful and arrogant when the technology boom hit in the 1990s.

With the tech, came new ideas, new capital and most importantly a new set of characters who challenged the industry to rethink what it is was doing and why?

The changes that they pioneered are profound: new ways of searching for apartments and homes; innovative new software programs for brokers and agents; new business practices; and new ideas about real estate habits. Plus, they offered new visions for how to think about the industry, often putting the consumer before anyone else.

Guys like Morris and Flint learned quickly that the industry was tricky, mysterious and more complicated than they initially figured. Their success was not only about innovating but about working carefully within the boundaries of the industry.

Maybe they didn’t change as much as they originally planned but accepting those constraints helped them and their companies succeed. These are practical guys. The technology landscape is littered with righteous entrepreneurs who never figured out how to make their ideas and their solutions relevant or economical.

Now, an entirely new generation of startup leaders have entered the industry, another class of bright-eyed innovators who are unperturbed by the sacred cows and the traditions of the business.

They are often inspired by their own bad experiences renting, buying or selling a home and want to change it.

They also see riches and opportunity, like those realized by Flint and Morris. The American way, so cool.

Again, we should welcome these idealistic souls, embrace them, defend them and help them succeed. We all benefit.