Even as home values continue to rise nationally, appraiser home value opinions are lagging slightly behind homeowner estimates, according to a recent survey by Quicken Loans.

In contrast, Quicken Loans’ January review showed that appraiser opinions were 0.18 percent higher than homeowner estimates. Bob Walters, chief economist at Quicken Loans, attributed the slight difference to “a delay in homeowner perceptions” that is “unlikely to derail a refinance or cause headaches for the homeowner.”

“As the economy recovered, homeowners hadn’t realized property values had improved. With the headlines of growing home prices, homeowners are catching up, but are now a bit overzealous in their estimates,” Walters said. 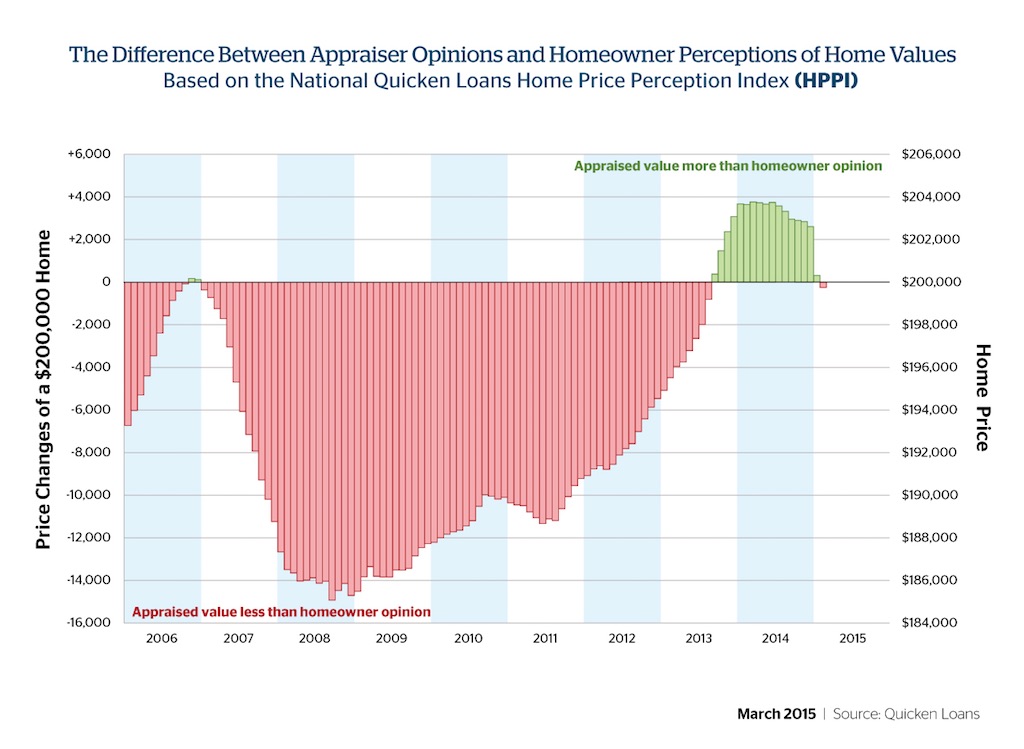 Quicken Loans noted that Baltimore and Atlanta both moved from positive to negative HPPI values in the last month, meaning appraisers now show lower-value opinions than homeowners in these markets, dragging down the national average.

Meanwhile, Quicken Loans’ Home Value Index (HVI) showed that actual home values nudged up 1 percent from January to February, and grew 8.45 percent from the same period last year. February’s measure of home values followed the trend set in January, showing steady, healthy growth, the lender said. Nationwide, home values increased 1 percent from January to February and increased 8.45 percent over February 2014. Western region states doubled the growth of the national average with a 2.46 percent home value increase since January, while home values in the South, Northeast and Midwest were nearly flat with an increase of 0.35 percent and drops of 0.16 and 0.4 percent, respectively. 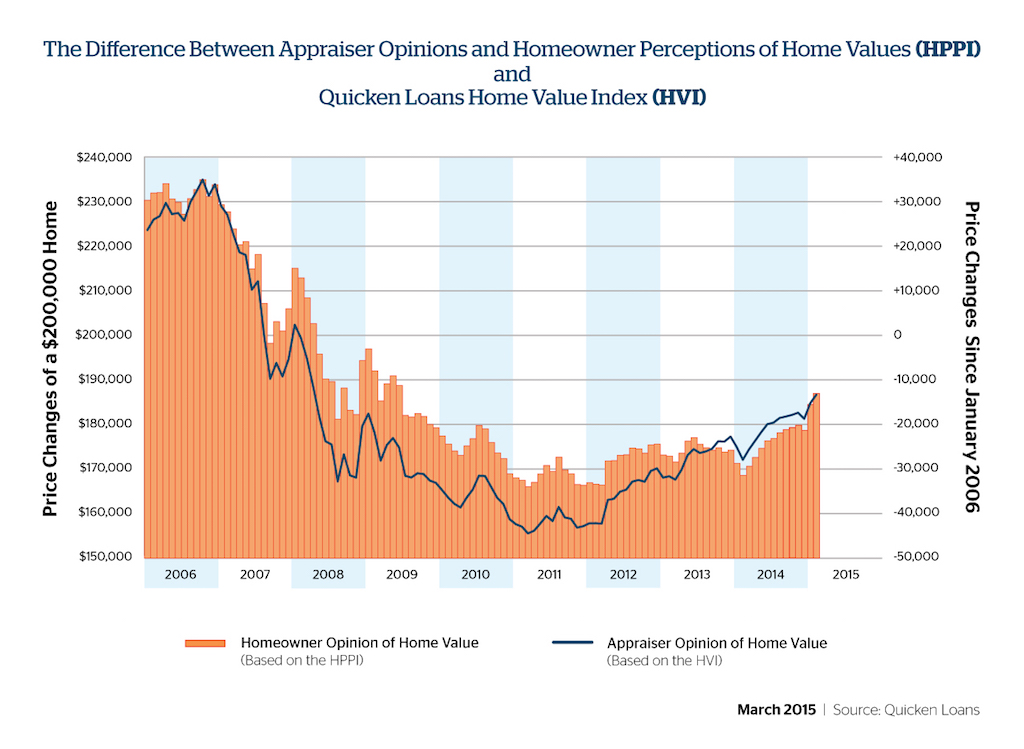 “The spring homebuying season may be a big market mover, depending on the inventory that is available,” Walters said. “Bidding wars from a tight market could cause prices to jump, or we could see more gradual growth in a more balanced market.”

The Quicken Loans HPPI compares the estimate a homeowner supplies on the mortgage application to the appraisal performed later in the mortgage process. The lender’s HVI is a view of home value trends based solely on appraisal data from home purchases and mortgage refinances. Both reports are created with Quicken Loans’ propriety mortgage data from 50 states and 3,000 counties.