Realtor.com operator Move Inc. sees the turbulence surrounding Zillow’s recent acquisition of Trulia as an opportunity — in more ways than one.

“We expect to pick up some real talent from Trulia over the next six to 12 months,” says Robert Thomson, CEO of Move’s new owner, News Corp.

Trulia laid off 280 employees last month on the day the acquisition closed, most of them in sales. Another 70 “Trulians” received pink slips that will have them looking for work by the end of June. By then, Zillow Group expects to have a total of approximately 2,000 employees. 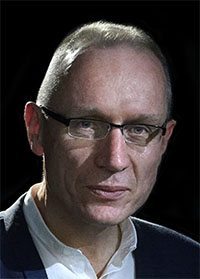 Speaking at an investor conference this week, Thomson said he also sees an opportunity to nab some of the approximately 800 Trulia employees who are still at Zillow Group.

Trulia’s culture was “urbane, genteel” — Zillow’s less so, he said. The clash of cultures between the firms may provide an opportunity for Move to lure Trulians who may be put off by the prospect of working for Zillow, he said.

Thomson reiterated that he sees Move as having an operational advantage over Zillow Group at the moment, as Zillow copes with the task of integrating Zillow and Trulia into a single, cohesive firm.

Move and Zillow remain entangled in legal battles sparked by last year’s defection of a top realtor.com executive to Zillow, and Move subsidiary ListHub’s plans to cut off the flow of listings to Trulia.