Jim Steele recently posted in a Facebook group that he felt “cursed.” The Trinity, Florida-based Realtor’s listings just weren’t selling in spite of his best efforts. 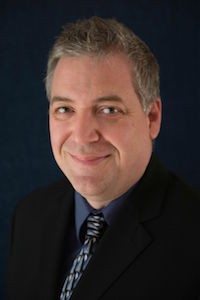 “They just jumped to my side and were like, ‘Hey man, you’re doing it right,’” Steele said of the group’s members.

But the online boosters who assured him that business would pick up weren’t his friends, family or high school classmates. They were experienced agents who validated his approach to business development.

Now, Steele said, he is “red-hot, and everything is as good as gold.”

He credits the Facebook group “Lead Gen Scripts and Objections” with helping him hang in there and expand his business development toolkit.

Real estate agents are flocking to the online forum to trade advice, get moral support and discover tools that can help them grow their business. Just five months after its launch, the group has already swelled to nearly 10,000 members. 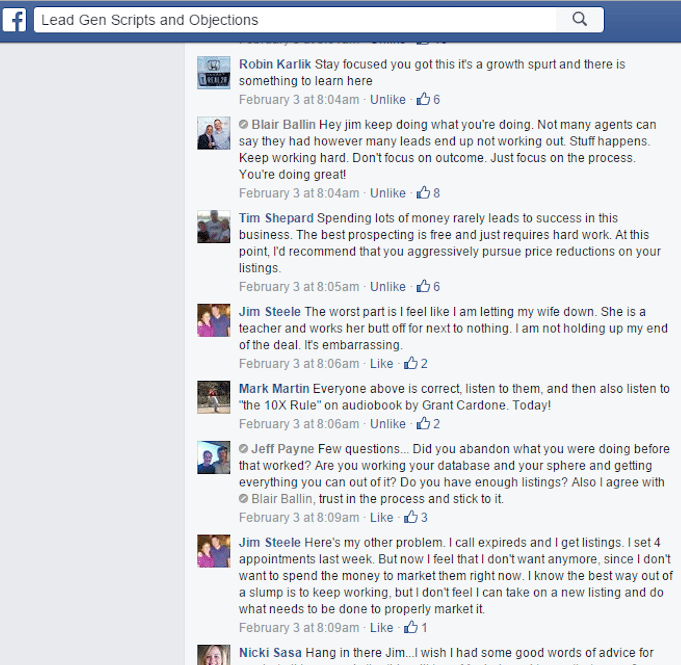 Facebook groups focused on real estate are hardly a new phenomenon. Real estate agents have long turned to the digital clubs to connect with their communities or market listings.

Steele, for instance, also belongs to the Facebook groups “Rockstar Agents” and “Zero Resistance FSBOs and Expireds,” both of which are hosted by real estate coaches and have buy-in requirements.

But “Lead Gen Scripts and Objections” stands out among these groups on several counts.

First, its discussions are wide-ranging, covering everything from marketing strategies to mental health. Second, it’s open to all, with no strings or charges attached. Third, it’s has grown virally, attracting a diverse mix of real estate professionals, many with years of experience.

The group’s spirit of sharing is what makes it valuable.

All members are eager to reveal what they’ve learned about generating leads, engaging prospects, handling objections and managing their time, among other topics. 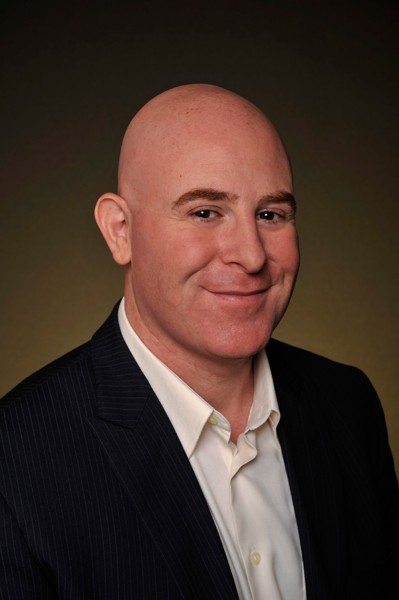 The long-term vision of the club is to make a “generational impact on the real estate community” by promoting business transparency and the exchange of tradecraft between agents, said Aaron Wittenstein, who founded the group and leads a team of agents covering Westchester County, New York.

The forum lets agents tap the wisdom of vets who are “making more money than I’ve ever thought of” and “are so awesome about just jumping right in there, and saying, ‘Hey, I’ll help you,’” Steele said.

Steele said he recently snagged a listing thanks to the Facebook group’s help on two counts.

First, he made contact with the owner of an expired listing by using a system called Vulcan 7, which he learned about through the group.

Vulcan 7 supplies agents with the work, cellphone or home phone numbers of prospects along with software that makes high-volume calling more efficient.

The prospect’s listing had languished on the market for more than 580 days before it expired. Steele told the prospect it was because the property was overpriced.

When she refused to budge on her asking price, Steele turned to “Lead Gen Scripts and Objections” for counsel.

One commenter suggested that he tell his prospect, “I wouldn’t be doing my job if I took your listing at this price, because what has been happening with it will just keep happening.”

Steele called the woman back, repeating the comeback word for word.

Steele suddenly found himself with a new seller client. “She listened to me on the price, and she said, ‘You know what, nobody has told me that before.’ If it weren’t for that group, I would have blown that listing off,” he said.

“Lead Gen Scripts and Objections” turned Steele on to the software shown above.

“Lead Gen Scripts and Objections” also helps members sort through the sometimes-overwhelming number of technologies available to agents, allowing them to home in on options that have paid off for trusted peers.

Besides telling Steele of Vulcan 7, the group also opened his eyes to BombBomb, software that makes it easy to create videos, send them to contacts and, by Steele’s estimation, “blow them away.”

Steele recently mixed together three other technologies recommended by the group to implement a new marketing strategy that turned up an entire crop of leads.

He targeted potential sellers with Facebook ads that read: “Want to know how much your Trinity home is worth? Click here for more information.”

Those who clicked through arrived at a landing page, powered by Listings-to-Leads, that prompted them to register and enter an address for valuation.

Steele then used the software package Cloud CMA to send a comparative market analysis to each contact who registered on the page.

The Facebook campaign, which ran over a weekend, cost $30 and netted Steele 21 online leads.

Wittenstein, the founder of Lead Gen Scripts and Objections, has capitalized on the group’s interest in new technologies by partnering with vendors to offer discounted rates on some software.

The deals are available to agents who join a spinoff Facebook group created by Wittenstein called “Got Objections Deals.”

He’s even formed a company, called Objections Inc., around the two Facebook groups.

“We have yet to structure any paid positions, but we do have our Facebook moderators and plans to expand based on our vision,” he said.

Wittenstein, who started the group on a whim one sleepless night, earns money off some of the deals he negotiates with vendors, but he said that the “community comes before the company,” he said.

Many group members wouldn’t doubt that claim. Wittenstein relentlessly cajoles members to share their business secrets and triumphs, and has even been known to reach out privately to some members.

Steele was one of them.

Wittenstein asked Steele for his phone number after seeing his post about feeling blue.

The call that followed helped Steele reboot his practice.

“I don’t even know this guy,” Steele said. “That was the first time I ever talked to him.”