by Jiyan Wei
Share this article
You successfully shared the article.
Close

The CSLB takes its job seriously. Not only does it actively patrol the industry, but it also maintains high standards for licensees: Contractors in California are required to have four years of relevant work experience prior to obtaining a license, pass a board exam and criminal background check, and maintain workers’ compensation insurance in addition to a $12,500 surety bond.

On the other side of the spectrum, Texas has practically no regulations in place, though its attorney general does offer the following advice to homeowners: “Take time to choose the person who will work on your home. It is a good idea to choose a contractor with an established physical address. It is common for people in construction to use cellphones, but you should be sure you can find anyone who has done work on your house, in case problems arise.”

The short answer is yes. We compared the licensing standards in each state with their rate of negative reviews and concluded that states with very high licensing requirements tended to have fewer complaints than those with little or no regulations. This relationship is illustrated in the following graph.

How we arrived at this conclusion

First, we observed the licensing requirements placed on general contractors in each state.

Note: Specialty contractors (for example, electrical) and city or county license boards were not included in this particular analysis.

10 states in our licensing standards survey

Based on how each state scored, they were placed into one of five classifications, shown in the following map. 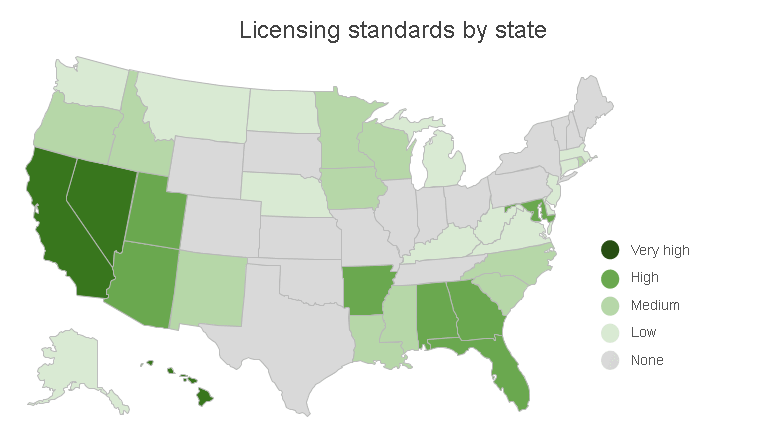 Next we analyzed over 60,000 verified contractor reviews that had been published on BuildZoom over the past two years and observed the share of negative reviews in each state, which was used as a measure of overall consumer sentiment. 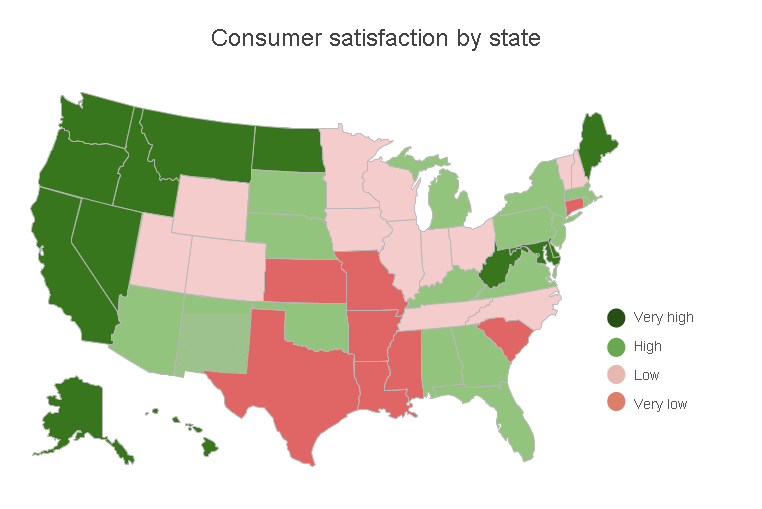 Finally, we plotted consumer sentiment against licensing stringency. In general, we observed that states with high licensing requirements had lower rates of negative reviews than states with no licensing requirements (beyond the point of statistical significance). Returning to the original comparison, we saw that 36.4 percent of consumer reviews in Texas were negative, versus only 23.76 percent in California.

That being said, the data clearly suggest that certain license boards, including the CSLB, have a positive effect on homeowners in their state. The full report and accompanying data are publicly available on BuildZoom. The complete table has been included for your benefit, which shows the percentage of negative reviews in each state, comparison with the national average and licensing classification.

Jiyan Wei is one of the founders of BuildZoom, a marketplace for remodeling and construction services that relies on an enormous database of contractors and permitted improvements to deliver reliable hiring recommendations. He studied at Georgetown University and the London School of Economics. If you’d like to connect, he can be reached via Twitter @jiyannwei.